Feedback is extremely important. As a matter of fact, it is one of the three very basic elements that form any game. A gamebook without good two-way author-reader communication is simply a branching narrative, not a gamebook. To my amazement (not amusement) even well established authors fail this step.

I have always pointed out that the three very basic elements are: input - test of performance - feedback. If one of them is missing, we can't call it a game.

If there is no input, the reader is just a spectator of the story in the book.

If there is input in the form of decisions, but no test of performance, then we simply create an illusion of a game and the outcome depends entirely on luck and pure chance rather than being the result of player skills. If you want to create a gambling game, go ahead and present your readers with bunch of "which door" and "left or right" choices!

If we have input and test of performance present, but there is no feedback, we have a player, who is absolutely clueless what is happening. If the reader doesn't know how his skills are being measured, he can't make an adjustment to his performance and the outcome still depends on luck and pure chance.

Videogames  have it pretty easy here. The on-screen animation and computer sound effects hardly ever fail their mission to inform the player about the quality of his/her performance.

Lets look at the different options for feedback in a gamebook!

1. No Feedback: Unfortunately, most gamebooks lack feedback entirely. When a choice is made, the narrative simply keeps going without informing the player how this specific choice affected the storyline. To find out if his decision was satisfactory or not, the player is forced to cheat by peeking at the other available outcomes in every single choice. This is poor game design and even worse game mechanics!

You may ask about the books that have countless dead-end paragraphs. Yes, instant death in a gamebook is, in fact, a form of feedback, but once again, most of the dead-ends lack explanation why the player is being punished.

Well, how about the books that have no instant death paragraphs and everyone gets to the one and only good ending, regardless of the choices they make throughout the game? This is acceptable only in a book that is all about the experience, but these kind of books ARE NOT GAMEBOOKS. They can't be games, because they are missing key game elements.

2. Stat Adjustment: This is the most used forms of feedback in games from across all genres. The sentences "You lose 1 point of your Health Stat." or "You just found a Laser Blaster. Add it to your inventory and keep reading!" represent a very common form of author-reader interraction in gamebooks. Such instructions give a pretty good idea, through gain or loss, if the performance of the reader is good or bad. The author's words don't interrupt the narrative entirely as the instructions feel like a natural part of the story. However, stat adjustment could be deceiving sometimes. It is possible that there was another choice that had more beneficial consequences to the protagonist. If the author voice is stating that "this is a good decision, so add 1 point to your Strength, but keep in mind that the other one was better" is not present, the player could be left with the impression that they made the optimal decision. This problem is avoided entirely when feedback called author interjection is used.

3. Author Interjection: The author's words "This choice was bad because..." are very clear and straightforward. They send an unmistakable message to the reader, which informs him if the performance is desirable or not. Unfortunately, many fans deem this kind of author interjection undesirable due to the fact that it creates a very sudden interruption of the story and prevents the reader from fully immersing in the book. I would argue with them that gamebooks are more games than they are books and it is more important to provide feedback in order to help the player in achieving success than it is to keep the flow of the story uninterrupted. However, I agree that author interjection should be avoided when feedback built into the narrative is possible.

4. Feedback Built into the Narrative: This is the ideal kind of feedback in the gamebook genre, because it doesn't stop the natural flow of the story. Consider this example: "You decide to use a helicopter to get to the monastery. The heavy rain is not ideal for this form of transportation, but while flying over the road that is curving up to the top, you see a big landslide caused by the downpour. You are glad that your choice was the helicopter instead of the jeep". You can already imagine what would have happened had the alternative choice been made. Unfortunately, using feedback built into the narrative is not always possible and its presence in gamebooks is naturally very limited. 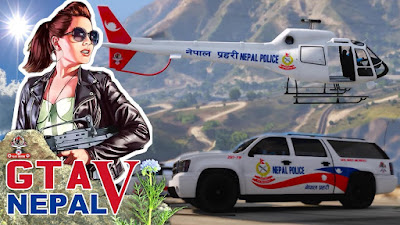 Negative feedback is a natural part of any gamebook, but positive feedback is just as important. It is no coincidence that I used an example with the landslide above, which informs the player what would have happened had he made the other choice. Loss of stat points or instant death is very common in gamebooks, but if no information is provided when a good choice is made, the reader is naturally left with the question "what if?". Reassure your readers, as often as possible, that their performance is good and let them know of all the dangers they have managed to avoid! They'll enjoy reading your books, because you make them feel good through positive reinforcement.

And when you tell your readers that they suck, please have the dignity to do it to their face with your own author voice instead of doing it behind their backs through narrative! Once you make a decision to punish your reader by loss of stat points or instant death, the natural flow of the story is already broken. So, please explain in detail how they failed to foresee the possibility of a landslide or they forgot that, back at the village, an orphan boy told them how his father died in the mountains during a heavy downpour. Sure, it's going to make them feel bad anyway, but at the very least, they would feel as the punishment was justified rather than the result of bad luck.

Whatever you do, always make sure to inform the reader when he avoids the danger or why exactly you decided to punish him! This is a form of feedback, which is desperately needed in every gamebook, but sadly, it is a very, very rare jewel.

Posted by Peter Agapov at 5:47 PM No comments: