Gamebook Theory: Mistake #5 (creating a traitor instead of a hero)

This month, I'd like to take a look at the evolution of establishing the main character's stats in the gamebook genre. Unfortunately, the limitations of the medium don't allow us to test the player's speed and coordination, so we are stuck testing the protagonist's stats instead. The final outcome of the adventure very often depends on those numbers. Therefore, it is of vital importance that the reader has a way to influence the protagonist's stats. Otherwise, the eventual success in the game depends mostly on luck instead of player's performance.


Lets take a look at the evolution of establishing stats in the genre, starting with the oldest method and moving towards the newer and more effective ones! 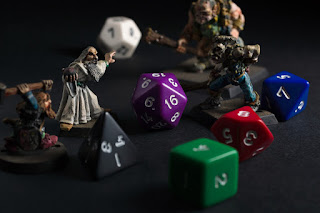 I still clench my teeth when remembering the bad dice rolls I had during character initialization in Fighting Fantasy books. I can't believe that some of my fellow authors still use the same outdated mechanic today. Its no fun being doomed because of bad luck in the very beginning of the adventure. This mechanic played its role in the dawn of the genre, but it should never be used in modern gamebooks.

Using this method, with a little bit of bad luck, it is easy to create a traitor protagonist, whose skills work against the reader's interest instead of helping him achieve victory. Not fair, is it?


2. Building a hero by distributing a given number of stat points. 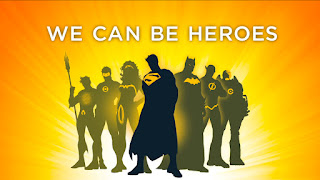 This method is much better and fair to the readers. It is better because they can create a protagonist in accordance with their own preference. It is fair because the final outcome of the adventure depends on the reader's decision how to apply the available points during the process of creating the main character. However, there is initially no way for the reader to know which skills would be vitally important for success in the game. Therefore, on the first couple of attempts, the outcome still depends on some luck and blind guessing, not on informed decisions. Another problem associated with this mechanic is the significant time consumption in preparation before the start of the game.

Later in the adventure, the reader could be prompted to chose between sneaking into the chief's tent to strangle him, openly challenge the chief to a sword fight or killing him from a distance. Depending on the choice, a different skill would be tested.


3. Choosing a hero from a pool of pregenerated characters. 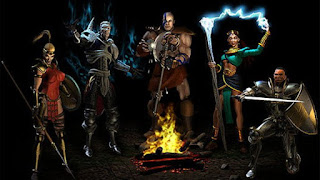 This method avoids time consumption and blind guessing in the beginning of the adventure. It is naturally expected that the author has done the heavy lifting for his readers and has created different protagonists with comparable chance of success. The outcome of the game should then be dependent on series of tactical choices in accordance with the main character, which was selected in the beginning.

Once again, Later in the adventure, the reader could be prompted to chose between sneaking into the chief's tent to strangle him, openly challenge the chief to a sword fight or killing him from a distance. Depending on the choice, a different skill would be tested.

This method could be easily combined with the previous one by first choosing one of few possible main characters and then freely distributing a set number of points between their preassigned skills.


4. Train the hero and build up his stats during the adventure

My personal favorite method is building up the stats as the adventure progresses. Using this method, the faith of the main character falls entirely into the hands of the reader and the decisions he makes throughout of the adventure. When fighting the final boss at the end of the book, success depends on the stats accumulated during the course of the game.

- 1 -
You are a young and brave teenager. Your little beloved sister was recently abducted by the Evil Wizard from the North. You leave on the quest to find her and bring her back home. On your way out of the village you could stop by your cousin, who is one of the finest soldiers this land has ever seen (go to 2); you may decide to visit your grandfather, who was once part of the archer battalion (go to 3) or alternatively, you could see your uncle, who is the blacksmith (episode 4)


- 2 -
Your cousin gives you his enchanted wristband of power. Add 5 points to your Hand to Hand Combat skill and leave the village on paragraph 5!


- 3 -
Your grandpa takes his old army bow down from the wall and hands it to you. It is enchanted. Add 5 points to your Archery skill and leave the village on paragraph 5!


- 4 -
Your uncle, the blacksmith, gifts you one of the newest swords he's made. There is an enchanted stone built into the handle. Add 5 points to your Swordfighting skill and leave the village on paragraph 5!


-5-
On your way out of the village, you must decide which path you'll take. If you want to go through the Forest of the Elves (+5 Archery skill), turn to 6. If you prefer to cross the Desert of the Barbarians (+5 Hand to Hand Combat), turn to 7 or you could head out to the Castle of the Great Knight on paragraph 8 (+5 Swordfighting).


- 100 -
You set a beautiful virgin from captivity in the Dark Castle. Before she heads home, she gives you a kiss on the cheek. Your self esteem is boosted. Distribute 5 points to skills any way you prefer and keep reading!

At the end of the adventure: Chose between sneaking into the chief's tent to strangle him (Hand to Hand Combat > 7 requred), openly challenge the chief to a sword fight (Swordfighting skill > 7 required) or killing him from a distance (Archery skill > 7 required).

Note: The gains in the examples above are too obvious, because I wanted to illustrate the idea of building up the protagonist's stats. Apply some "fog of war" at your discretion to make the choices less predictable to your readers!


Of course, this method could also be combined with the two mentioned above: choosing a pregenerated character, distributing additional points between his skills and then receiving bonus points throughout the adventure.