The Lloyd of Gamebooks team

Lloyd of Gamebooks is not a solo effort.  There are plenty of wonderful gamebook people who contribute to this blog.  Check out their relevant pages: 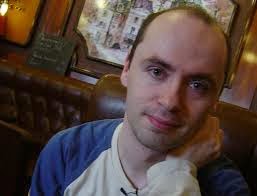 My writing tends to have a Far Eastern flavor, as I am fascinated by and drawn to the culture. I have traveled around many countries, including China, to further this, and have many contacts there in the Far East some of whom have proof read my novels.
Throughout my life I have had an interest in history, particularly military history and ancient history, which has certainly helped in research for my books.
My career has been varied, with the jobs ranging from government department work to working on a military base, to a financial auditor. Currently, I am involved in full time IT analyst work.
I am a husband and father, so time to write can be in short supply!
The Samurai's Apprentice trilogy is now complete, but Kami will feature in a second trilogy called Samurai Master hopefully the first of which will be out this year. The Dragonwarrior trilogy is two thirds complete, and work has started on the third book there.
I am also currently a designer of the Way of the Tiger role playing game due out in 2013, adding my samurai and ninja expertise to the fantasy setting of Orb.

Born in Glasgow, Justin MacCormack lives on the South coast of England in the city of Portsmouth
with a collection of pet rats. His hobbies include alternative cinema, comic books, tabletop roleplaying games (in particular "Vampire: The Masquerade") and photography.

The first book he ever bought was "Vault of the Vampire", a Fighting Fantasy choose-your-own-adventure story which he saved up for two weeks to buy, at the age of seven. This resulted in him acquiring a keen interest in the dark side of narrative fiction. He has written an extensive collection of dark fantasy and horror fiction, and now intends to inflict it upon the general population. 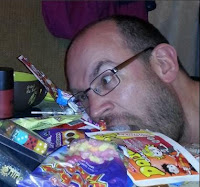 "About Ben: Talented, knowledgeable, driven... these are all words you wouldn't use to describe Ben Roberts.  Born in Cambridge in 1971, Ben began his journey into mystery by bunking off school at each and every opportunity and taking CSE Daydreaming.  The lack of education in his life did not quell this rising star when in 1995 he acquired his Forklift Operators Licence, a full decade before he learnt to drive.  His timid upbringing bought with it aspirations of mediocrity and blandness, values he still holds dear to this day.  Then one day Ben rolled a critical success on the Life Progression chart and fell into the career of numbers and statistics that we all know and tolerate him for.

About Gamebooks: As other children dove headfirst into this new phenomena at school, colouring in the pictures, writing their own stories and conjuring amazing new worlds in their imaginations, Ben was content to sit on the sidelines, quietly collecting book after book, rarely completing one before the next was released.  An important lesson he learned: when you fail at one thing, chances are something else is just around the corner to fail at also.  This passion for averageness bought him to his current foray into gamebooks, with his statistical posts on Fighting Fantasy.  It his here, after decades of obscurity, that Ben Roberts will truly achieve greatness, as the man who bought cold logic to a child's imagination."