How to write a gamebook part 5 - using a game system

Now that we have the tools to create a simple Choose Your Own Adventure style gamebook.  However, we can go further with the gamebook system.  We can introduce stats for the character give them an inventory list   so that they can collect items and also a notes list so that they can track their progress.


At the moment, the only measure of success or failure is the ending that you achieve.  Sure, we can have endings with different degrees of success but there can be other ways of measuring success and this is when you can have a value attached to a characteristic that you have.


Items and notes are good for marking what the player has done in a past scene.

In Chose Your Own Adventure Gamebooks, it's all about the decision you have now.  The book knows what you did in the past because it knows the decisions you made to get to the paragraph.  This means that if you had two decisions at a certain place, then you have to write two whole new routes from them, even if the routes are almost identical before a certain point.

Items and notes can make gamebook writing easier.  If you come across a situation where you make a decision, you can mark that decision with an item or a note.  This way, you can carry on along the same path no matter what your decision was.  When you come to the vital point, all you have to do is ask the player if they have the particular item or note.

Skills are useful for giving the player more options and making the gamebook more replayable.  In this post, I define skills as different to abilities.  An ability is a numerical value that you apply to a characteristic.  A skill is a characteristic  that you either have or you don't have.  For example, stamina in Fighting Fanasy is an ability whereas agility in Virtual Reality is a skill.  You either choose to have agility or you don't.  Skills are generally things you choose to have before the adventure starts and you are asked about them as the adventure goes on.  Of course, you can also have a choice of items before the adventure starts (such as in Lone Wolf and Space Assasin).

What stats could you use? 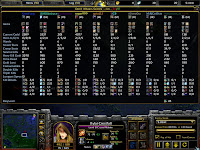 You can have stats that measure anything you want.  I call characteristics that you have numerical values attached to abilities (as opposed to skills which you either have or you don't have)  Most gamebooks with stats measure your character's health.  Gamebooks with combat have a stat for combat skill.  Other gamebook stats have included luck, magical power, magical aptitude charisma, sanctity, willpower, fear, presence, honour, thievery, scouting, speed, brawn, chivalry and time.

However, it is not good to just chuck a load of stats into the book.  The rule to follow is that the stats have to reflect the story.  If you want combat in your story, have combat stats.  If your story is about knightly deeds, then you could have chivalry.  You should only have as many stats as you need to serve the story as too many stats will cause unnecessary complexity or the stat will just not be used in the book.

What role will the stats play in the book?

Combat stats will help you survive combat, but why have chivalry?  In the Sorcerer's Isle (Knightmare 4), your aim is to get the Holy Grail. Chivalry may go up and down, but it is only rolled against once but if you fail a roll against it then you don't get the grail.

Scouting in Fabled Lands determines if you get lost in the wilds or if you can find a safe path through  the wilderness which is needed as the book requires a lot of travel.

In House of Hell, which is full of scary stuff, you fear score is a measure of how close you are to being scared to death.  Fear is a stat that you want to have as low as possible.

Willpower in Beneath Nightmare Castle measures how close you are to going mad, but unlike most stats, you go mad when it reaches 6 or lower and fail a roll rather than when it reaches 0.


Next, you need to decide if you are going to determine all of the stats yourself and say when they need to be modified in the gamebook (such as in the Virtual Reality series) or if the stats are determined randomly and if the outcome of a test of your abilities is random (such as in Fighting Fantasy and Fabled Lands).

Non random systems can open up a lot of choice.  Generally, with non random system, you determine your strengths and weaknesses and then you have to make the correct decisions that work on your strengths.  This is what happens in Choice of games.  Another good non random system with stats appears in Red World by Zachary Carango.  In this book, you spend a certain number of points on stats and each task reduces a stat by a certain amount.

Randomness is good as it introduces more tension to the game.  Now, things aren't certain.  It can also introduce more choice as you can give players options to improve their chances with skills, abilities and items. I will discuss randomness in greater detail in part 6.  If you want to read some more about random elements in books, you can read my Dice in Gamebooks series.

What can go wrong with gamebook systems?

How to stop this:  Cut some stats and ask yourself if the items are needed.  Be brutal.

There's a redundant stat:  You think it's cool to have the stat in the book but it actually ends up not being used so much.

How to stop this:  Cut the stat.  Be brutal.

On skill or ability is emphasized over others:  For example, in Moonrunner, you die if you do not have the lock picking or climb skill.  In Green Blood, archery is not used very often.

It's impossible to win the book:  First of all, well done for noticing this - it means you're playtesting the gamebook.  If this is the case, then the situations are too much for the stats you have assigned.

How to stop this:  Increase the values for your stats, reduce opponents' values.  Give yourself more skills or helpful items or make stat modifications less punishing.  If there is a random element, work out the probability of winning.

So there we go.  On to part 6 which focuses on random systems.  Reading my Dice in Gamebooks series will be a good primer.
Posted by Stuart Lloyd at 12:01 AM

Email ThisBlogThis!Share to TwitterShare to FacebookShare to Pinterest
Labels: Dice, gamebook, how to write