Gamebook traps #1 Only caring about the successful route 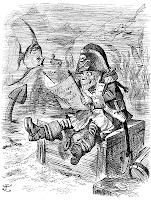 Today, I'll be talking about a mistake that I have made when writing gamebooks and that is only focusing on the successful route.  This involves working out hte correct path through the book and then just throwing in some other options that will lead to failure or just aren't the optimal path for the sake of giving the player more choice but then not really putting as much effort into writing them or even checking that they fit into the gamebook.

I noticed this after writing Sharkbait's Revenge.  I tried to make sure that all of the paragraphs were useful to go to if you made the correct choices to go with them.  However, that was never going to work out and there are some decisions that were worse than others.  For example, when you are breaking into a house, you have to face several guards.  Going through the middle is worse than sneaking around the edge of the house.

What happened was, when I was playing through my Windhammer entry, I only focused on the optimal routes which means that I missed certain things, like the correct paragraph numbers.  I had forgotten that other people would not know that they were bad choices and make them.  I just made the best choices and made sure that they worked. 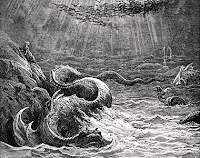 There were also problems with game mechanics.  Was I just throwing in some situatuins that would be impossible to beat and therefore might as well be sudden death paragraphs?  I also playtested the sub optimal routes a lot less so I had no idea whether anyone taking them could survive and win the game or whether they would be mercilessly killed much later for making one silly mistake and therefore having their time wasted.


How have I reduced this problem?

Check all of the options:  Yes - just having to spend some more time being more thorough would solve most of the problems.

Get someone else to read it:  This other person has no idea what the successful route should be, so they will make all kinds of suboptimal decisions and tell you if they work.  Also, you can ask them if they can tell if they know which route is the best one based on how much effort they think has been put in the paragraph. 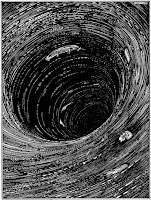 Concentrate on all the failure routes first and make the death paragraphs entertaining ways to die:  Even if the player really botched up and adventure and gets themselves killed, they still deserve an entertaining and engaging read.

Some people care less about victory and more about the story and exploration.  Some players are probably just sadists and want to get their player killed in increasingly bizarre ways.

All of these player types will be disappointed if they have to walk through several non-descript rooms to a two line death paragraph.  The bad routes and failures should be just as entertaining.

Beneath Nightmare Castle and Creature of Havoc nail this idea.

Also, from a gaming point of view, a player will have no way of working out if this is the optimal route or not based on the amount of effort put into the paragraphs.

So there we are.  Remember that even if a route is destined for failure, it still deserves your attention.