The Yin-Yang of game design

So Wayfarer and SCRAWL (along with a SCRAWL adventure) are up on RPG Now for PWYW and in taking them to the next level, I have realised that they are interconnected in a way that is helping them both grow.

I remember the first time I had the idea that would turn into Wayfarer. It was as far back as 2011, I think. I had just downloaded Trial of the Clone from Tin Man Games and I did a test. In Trial of the Clone, you roll d4 three times and if one is equal to or over the difficulty, you win. The numbers didn't all appear at once, but rather one at a time, like on a fruit machine. 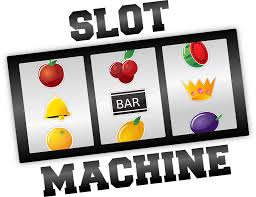 Then I had a thought - could I create a game system that had a sense of tension and anticipation even if they lose a roll. In Trial of the Clone, if I failed the first roll, I was still excited to see whether the other two would succeed.

I experimented with several systems, going all the way up to 6d6 and pick the best 2, 2d6 and reroll 1d6. Eventually, about 5 years later and with lots of experimenting, I settled with 1d6 and rerolls. I guess the simplest answer is the best.

However, the system was only half of the battle. The setting was the other half.

I wanted to make the setting as sandboxy as possible. I also wanted to create a world with its own logic and natural lores that I could implement consistently. I soon discovered that this was difficult. Especially if I was trying to do a fantasy world with magic that is pretty much the definition of breaking natural laws. I tried tons of things to have a system that fitted the story. Evetually, I settled for...pretty much no magic.

The world has other races, clockpunk machinery, spirits, undead and faeries, but no magic in the sense of magic light, magic missiles or magically being able to fly or open locked doors. I bend the laws of physics and nature a bit with the presence of these other races, most of which would not be evolutionarily viable. After all, that's the only reason I can think of that dragons don't exist. And I'm sure some mad scientist is working on making a dragon right now (I mean, amassing genomes is great and everything, but that's not going to give you giant flying, fire breathing reptiles that you can ride any time soon, is it?).

The only thing close to magic is the "Aetherlink", a lore that all living things are connected which allows some low level telepathy between you and things like trees, animals and spirits - just don't expect them to tell you anything outside what they would normally know. A tree could tell you what walked past it and how damp the earth is, but it can't see a mile away. You need a lot of training to use the Aetherlink, too and you can't get it as a starting character.

Literally years of thought, experimentation, research and writing amounted to a rulebook that is about 5000 words in size. Wayfarer must have the highest effort to word ratio of anything I have written.

While working on Wayfarer, I came up with the idea of applying the system to a DnD type setting. The idea stayed in my head for a while until a few months back, when I wrote SCRAWL. It spilled out in a few hours and I've barely changed it since its conception.

First of all, SCRAWL came after all the work on Wayferer. I had also worked on Adventurer with Shane Garvey which is a solo DnD type game system. So the ideas were there - I just married two systems together for them to have a baby. SCRAWL was the capstone on an intellectual pyramid that I had spent 5 years building.

Also, with SCRAWL, I was less fussy about every detail. SCRAWL is meant to be an OSR style snadbox hack and slash murderhobo adventure. I didn't need to think about funy things like population, infrastructure, economics, medicine or any other of those silly details. There were dungeons all over - why? Because then you can raid them. There are a random number of villages on each hex and they all sell weapons and healing stuff. Also, some adventurer strolling into town with a sackful of gems won't do anything to the economy. There are more humanoid races than you can count all living within close proximity to each other and a number of extremely hostile monsters. And all of this does not bother me one bit.

In contrast to Wayfarer, where I agonised over every detail, I just let loose with SCRAWL and wrote what I wanted. And this is how they help each other. Wayferer and SCRAWL are like an odd couple. Wayferer is the uptight fastidious one and SCRAWL just wants to cut loose and party, and this helps both.

When I hit a wall with my Wayferer worldbuilding, I do some world building in SCRAWL, knowing that I can come up with something in 20 minutes that won't bother me no matter how inconsistent I find it. This might unblock a creative pipe with Wayfarer. What about the rules holding SCRAWL together? Well, if I find a hole in them, working on Wayfarer helps with the system in SCRAWL. And this is why they are the Yin-Yang of game systems for me. I've just come up with ways of generating adventures for SCRAWL which, when complete, I might also apply to Wayferer. Which is good, because I was wondering how to do it with Wayferer.

So it seems to be good to have projects that require different skill sets and perspectives as they feed each other.

And if you are curious as to what I'm talking about, you can get Wayferer and SCRAWL for PWYW. 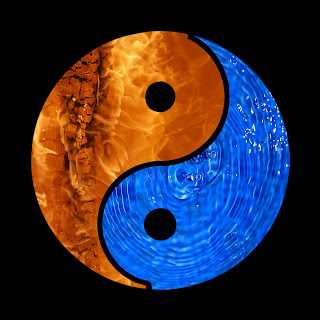 I picked this colour scheme, because Wayfarer and SCRAWL also remind me of the Blue-Red conflict from Magic the Gathering.