I still remember the Twin Peaks series from back when I was a teenager and all the fear I felt after watching each episode of this horror mystery drama. I was quite surprised and excited when I found out that Showtime started a new season of this TV series in the spring of 2017. To be quite honest, I don't remember most of the old show, but I recall that it took place in a small town where almost every resident had some kind of strange secret. Add some supernatural phenomenons such as a killer demon, who moves from the body of one citizen to another as he pleases, and an FBI agent, who is trying to investigate a murder of a young girl up there in the mountains and you would get the basic idea of what the show was about.

About 18 months ago I read a post on facebook by one of my friends announcing the release of a "Twin Peaks like game" that takes place in a small, peaceful country town where everything seems idyllic until some mysterious deaths start occurring. Being a follower of the TV show, I was naturally interested in playing the game. Add the fact that I live in Chicago now and I miss the small community feel of my hometown very much, I just couldn't wait for the game to come out on the market.

When I purchased Shady Brook for the very affordable price of $3.99, I was immediately teleported to a quiet small community and quickly met with the very few residents there. I was fascinated with the depth of the characters and the fact that I was able to start relating to them on the spot. I quickly developed favorites and I was hoping to make some friends while exploring the map, but strange things started happening and soon I realized that it was better to keep to myself until the mystery was unfolded. However, my curiosity was already triggered and I felt that I had to investigate and get to the bottom of a master plan as evil as it gets.

As I mentioned above, the storyline is very immersive and it is very easy for the player to get sucked into it. As the story evolves, more clues are presented to the reader and it gets more and more interesting until the very end of the adventure. Just keep in mind that not every choice changes the final outcome. As a matter of fact, the decisions you make during the game alter the experience, but they don't affect the very core of the story and there is only one available ending. The only reason I mention all that is to avoid the feelings of guilt you will inevitably feel after making some difficult choices. Those bad things would have happened to some good people anyway, so just relax assured that you haven't done anything wrong and enjoy revealing the dark secret of this small country town by solving the very well designed logic puzzles.

I must add that the existence of a love triangle, which causes a whirlpool of feelings due to the decision to sacrifice one of two very important people, provides further depth and involves the player to a point where this game almost starts feeling real. I believe that this is probably the strongest design trick of the whole Shady Brook experience. 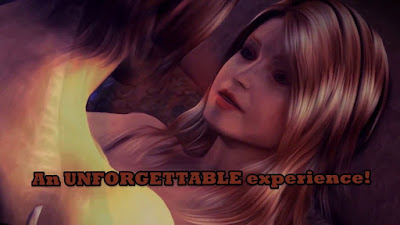 The only serious complaint I have about the game is that at the very end, the player is stuck in a 'Game Over' loop until he or she finds the right action and the exact moment to get to the very end of the adventure. Even though, as a fellow game designer, I have a hard time finding another way of looping the game sequence at that very moment to avoid the 'Game Over' message, but I still think that such approach must be avoided at all cost, especially in a game where the player associates with the protagonist to such extent.

On a positive note, I truly enjoyed deciphering some of the cryptogram puzzles in the game. Those definitely were my favorite, but there is plenty of other kinds of puzzles built into the game. Most of them are challenging, but not impossible and a player with just a little bit of experience and a lot of logical thinking would be able to solve all the puzzles without external help (such as a walkthrough). The story is extremely well written with some completely unexpected twists and turns. The music suits the virtual environment very well and the limited graphics are very pretty as well as perfectly balanced without taking the attention away from the storyline and text based engine of Shady Brook.

So, if you are a fan of gamebooks or adventure games, or even if you aren't, I strongly recommend playing this visual text adventure.