Enjoyable and challenging or unfair and frustrating? Part 3: Conclusion 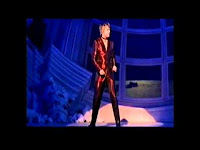 So what have I learnt from this little excercise?  first of all, my opinion isn't too reliable because I now know the route to victory in all the books I have played and may have forgotten how frustrated I was when I didn't know the route.  I may have been frustrated at Siege of Sardath before I realised how all of the clues fitted together as part of the whole.  An analogy with my initial frustration with gamebooks until I have discovered the route through them can be made by Eddie Izzard's 'Control P Print' stand up routine (2:57 from this video).

So here is my attempt at a reasoning why some things are challenging and  enjoyable and other, similar things are unfair and frustrating.

Arbitrary or random consequences to decisions are challenging and enjoyable if the negative consequences are small.  If they are big, they become unfair and frustrating.

How to reduce the frustration:  If the player has no way of knowing that something bad will happen, don't make the consequences too severe.  Having clues may help (but this may cause frustration at first if the player hasn't picked up on them).  Also have arbitrary good things happen as a result of a random action.  That may take the edge off.

I'm thinking of the Maze of Zagor.  You wonder around a bunch of nondescript passages, making a map just to get to Zagor.  Many of the paragraphs do not involve adjusting stamina or any other stat.  It just feels like wasted time.

How to reduce frustration:  Put something in to break the boredom.  A random encounter, an item, anything.  Or, if not, just say - you wander around a maze for a bit until you come across x.

However, Marsten said last week that he doesn't mind this kind of thing because 80s dungeon crawl games all expected you to make a map.

Books that are statistically impossible to win are unfair and frustrating.

Even the correct path has a minute probability of allowing you to win.  Crypt of the Sorcerer is a prominent example.

How to reduce frustration as a writer:  Read about probability, calculate the odds (like Brewin did for Gamebook Adventures or I did for Fighting Fantasy) and playtest.

How to reduce frustration as a player:  Cheat.  It's not like anyone's going to get annoyed at you.  Even the author would probably not mind if they know how impossible it is to win.

Difficult books are OK as long as they give you clues

Siege of Sardath is actually a very fair book if you work things out from the text and the writing.  Of course, the trouble is making sure it does not just turn the puzzles into a 'guess what the author is thinking' exercise (however, people who like metagaming might like that kind of thing).  My suggestion for this would be to think about the whole backstory first so then it will be easy to just drop the player in it and then think about the clues you can give them.  Also, this link on how to run a mystery RPG session may help. 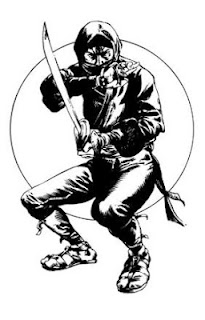 You might be able to get away with breaking these rules if your book is entertaining and cool enough or if people are used to doing these things in the first place or if your book is SO difficult then it becomes legendary and therefore popular because of its impossiblity.

There's no formula to making a cool, entertaining book and the examples I give are purely my opinion (apart from adding NINJAS!  PIRATES! DINOSAURS! ROBOTS! VAMPIRES! WEREWOLVES! TIME TRAVEL! SPACE!) but if you can pull one off then you might be able to make it lethal (Deathtrap Dungeon), full of long sequences of decisions (technically, any gamebook that does not have stats, I suppose) and with improbable or impossible odds (Black Vein Prophecy or Knights of Doom).

Once comparison that can be drawn is Deathtrap Dungeon and Eye of the Dragon.  both involve going through difficult dungeons with high skill opponents to find several items and the exit but Deathtrap Dungeon has many memorable and interesting encounters (the blood beast, the NINJA, that whole thing with Throm, the statue, the gnome) and Eye of the Dragon has...that statue, an evil wizard fight, a hell demon fight err...

You get the idea.

Also, Marsten wrote in a comment that he did not mind the mapping in Warlock of Firetop Mountain as 'A lot of these dungeon-crawl games kinda expected it, because they stemmed so much from 80s D&D' so if it's something people are used to then it won't be much of a problem.

As I have said before, this is a difficult topic in which I am far too immersed in my own opinion and knowledge of winning the gamebooks I've talked about to offer a truly objective view on things, but I would love to hear from other people.