Choice of Games has released a new game based on the life of a superhero.  It is available on iTunes, Google Play, Kindle and Google Chrome for a mere $2.99 (£1.92) and it is spectacular.  You can try a free online demo here.

The wonderful stories are the great strength of Choice of Games and Heroes Rise is no exception.  As is typical of Choice of Games, the first part involves your backstory where you make choices about your name, your sexuality, details about your life, aspects of your personality and certain events that have happened in your past.  Your hero has a high level of customisability.

The story then takes you through the city that you want to protect, throwing challenges your way.  Your first cases may seem very disparate but because of the twisty, many layered story full of action, romance and secrets, it becomes apparent that the choices you make in the first parts of the book will affect what happens later on in the book.

You also have several stats which allows your character to form a greater sense of identity.  In Choice of Games fashion, your characteristics scores determine whether you are one thing or another.  You are either a lawful hero or a lawless hero.  Or you are either saving people because of your sense of justice or because of your desire for fame.  In the latter case, the two aren't necessarily mutually exclusive but that is a minor gripe about the stats. 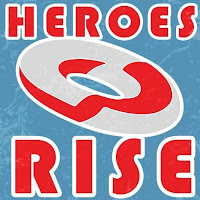 Your stats may also prohibit your from making decisions.  for example, if your justice score is very high, then you cannot hold a press conference.  I have mixed feelings about this - yes, your previous choices have made you favour justice over fame, but the decision is not based on physical capability and it seems out of flavour to prevent someone from making such a choice.

Minor niggles aside, the stats system is very good at creating a sense of identity and a narrative for your character.  Heroes Rise adds relationship scores with certain important characters to your stats and it also gives you a lengend score.  You could play the game to try to maximise one of your scores, such as being one of the most lawful heroes in the game or by trying to get the biggest legend score possible.  You also have a health and power score which you need to keep a close eye on because you will die if they reach 0.

I like the addition of the possibility of death to Heroes Rise.  When I played Choice of The Dragon, I found the game enjoyable and challenging but once I had played it a few times, I realised that, although some decisions mean that you get a higher or lower score, you would never die and it made me feel like my decisions were not as critical.

Having the possibility of dying adds more tension and thrill to the game and each decision you make.  Health is reduced when you are injured and power is used up when you use your super powers.  You can fly and you can manipulate energy.  Whenever you face an opponent, you are given the choice of some powers that you can use and how much they will cost.  I found these decisions very interesting.  I could not just use the power that drained as much power as possible as I might run out and die.  However, too weak and I would get seriously injured.  The choices became a game of 'How low dare I go?'.  The strongest powers are not necessarily the best and you won't be able to use the strongest powers as you would quickly run out and die.

Despite the threat of death, I made it through the whole epic 18 chapters alive, though I hadn't been a perfect hero so I could easily go back and replay many times it to be a better hero or a different hero.

The game system is very fair and the choices you make have predictable consequences.  You have the chance to replenish your health and power at pertinent times and you are also given the option of trading power for health or health for power at certain points which is a great option for allowing you to survive situations if you go too low with one stat. 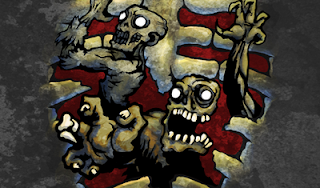 Heroes Rise:  The Prodigy is a wonderful addition to the Choice of Games collection with its epic, twisty story and large number of options and at a mere $2.99 it is an absolute bargain.  Get it from one of the following places: