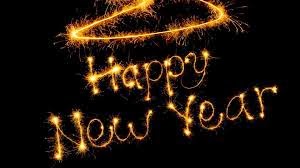 Hello to you all, gamebookers!

Here's one last post for the year of 2013, where I just sit here and tell you about my year, within and without gamebooks.

I don't really know where the year has gone.  I would have liked to have presented you with a large gamebook of my making, but, if there is one thing I have learnt this year, it is that these things take a hell of a lot longer to do well than I imagined.  My aim was to finish writing Awakening of Asuria for Tin Man Games, Goblin's Bounty for Attic Squad, and Bane of the Golemheart for Adventure Games Guild.  How have I progressed?

Well, I used Dia to map out each adventure and then started writing with the intention of putting them into ADVELH.  did I finish them all?  No.  I would have finished them all if the number of paragraphs I ended up with matched the number I had planned, but when I wrote Goblin's Bounty, it ended up being about 60% bigger than what I had started, due to me decided to give people more choices and fitting in the shops.  The same has gone for the Awakening of Asuria - it is 60% bigger than what I first intended.  So I wrote the number of paragraphs I thought I would - it was just that these paragraphs were for two books instead of 3.  However, the text for these two will be done early next year and handed over to the developers.

For my next batch of books, I will use the Gamebook Authoring Tool, which uses a flow diagram and turns it into a rtf file.  I have used it for smaller gamebooks and it is very useful.  I would highly recommend it.

I (almost) managed to keep up a post a week and also did the 2013 April A to Z with a lot of lovely guests who let me interview them, but I have not done much more than that, what with my blog as my focus has shifted to reporting news for Fighting Fantazine, writing bigger gamebooks for other people (and so to deadlines) and, in real life, looking after my baby.

I feel that since I started this blog, I have experienced a shift.  At first, I was kind of just stumbling around, and simply expressing my thoughts.  Now it has turned into something bigger, as I have got to know you all and become integrated into the gamebook blogosphere, it has become less about just what I think and more about the bigger gamebook world.

I was quite lucky to start when I did, as I managed to catch the wave of the gamebook revival and I've been riding it ever since.  I have learnt a lot from my writing and from my various gamebook buddies and I think I know my own writing voice a lot better now.  I have also found the whole process very cathartic (and in the process, finally discovered how catharsis feels).

Once I have finished my current batch of projects, I think there will be another shift in my tone - I feel more confident with what I am doing and I'm already excited about what will come after my current projects.

As well as meeting some great people here, who have supported me and interacted with me (including the progenitors of gamebooks themselves), another reason I have stuck with gamebooks for this long is that anything gamebook related in my life has never felt like work.  I'm currently just rattling this blog post off at the moment, and a lot of the time, planning and writing gamebooks or writing about gamebooks seems like a lot less effort than most things I do.  I'm not saying I'm great at it (some of the stuff I produce is garbage), but when I'm working on something gamebook related, things just come easily and the time passes very quickly, even if I am doing something that I would normally find hard work if it was not gamebook related. I am very grateful that I have something in my life that I can say that about.

So, how do I feel overall about 2013?  In the gamebook world, it was great.  We have many lovely new gamebooks to read and new improved versions of old series.  In 2011, Tin Man games said that 2012 would be the year of the gamebook, but 2013 has taken the quality and quantity of gamebooks to a whole new level and I feel that this meteoric rise will continue into 2014 and beyond.

Personally,  I feel that I have not produced enough and I have missed many targets.  2013 has been a testing time for me in terms of my writing, but I think that  it is because I am pushing myself to the next level of gamebook writing.  I feel that if I stick with it, I will come out the other end a much better writer, blogger, gamebook designer and person.

So hang on in there, my lovelies!  We've got a lot of treats to come.  I leave you with Neil Gaiman's (why didn't I get anyone that cool at my graduation?  I got some guy who worked in a bank and that's all I remember about him) 2012 commemoration speech, which never fails to inspire,