Bonus april A to Z interview with Leena Van Deventer 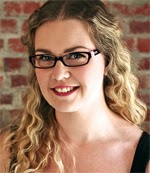 Hello, people of the gamebook world!  today, we have Leena Van Deventer, editor and writer for Tin Man Games.  Her book, Alice's Story, about an American exchange student in Japan will be out soon.  Keep your eyes peeled for it!  But Leena isn't just a writer an editor.  She does far more things than just that.  Take a look at her blog to find out.

I'm 29, from Melbourne, I have 2 sons and I make a mean peppercorn sauce! I love making imaginary worlds with my eldest boy (he's 6) and we love diving into gamebooks together. He loves anything with combat, I love anything with a tricky moral dilemma.

What do you do in Tin Man Games?

My first job for Tin Man Games was editing Temple of the Spider God, the 7th in the Gamebook Adventures series. After that I was asked to write the book I'm just finishing up now (turns out having a baby and requiring another separate surgery slow things down? Who knew!), called "Alice's Adventures". It's a bit different to anything TMG have done so far, set in a Japanese high school with an American exchange student protagonist/player character.

What is the best thing about your job?

My work with TMG is my favourite out of any work I do, hands down, no contest. They're truly wonderful humans and I feel safe and nurtured. Neil knows how to bring the best out of people, and is very patient and honest. He does this great balancing act between knowing videogames aren't the most important thing in the world but also treating them with the respect they deserve in order to make them good, and takes making good games seriously. That's harder than it sounds! As for the work in particular, I love how utterly stupid interactive fiction can get. It was terrifying at first, all those tangents and loose ends to keep an eye on, but now it's invigorating and exciting. I love putting multiple paths down in front of people.

I like a bit of a meta-story if possible, or at least some arc of some kind. A lot of the older books (some of the first) feel like "walk around, fight some stuff, walk around, fight some stuff" and while they're fun, they're more the "popcorn movies" to the more serious "films", to me. If a game has some overarching plot advancement it's more interesting to me. If the notion of choice is important to the actual themes of the book that's really satisfying, too.

Any shitty gender politics will generally ruin anything I spend any time on :P But apart from that I really dislike being punished for something I didn't know was a thing. Getting the choice of collecting 3 items without any hint as to which is the "right" choice early on, only to then get three quarters or even further into the book to find out you grabbed the wrong one and now you're dead kinda bums me out. But it's actually growing on me somewhat as a trope… I think if you do it in a self-aware way you might win me over with the lulz!

What is the most exciting thing about writing/editing a gamebook?

I enjoy doing the copy more than the design, when writing a gamebook, I have to admit. But that feeling of finishing the design brings such a high that it is really nipping at the heels of writing copy I'm happy with. It may become my favourite as I get more experienced with it. When I plot out the whole story, in sections, in the engine, it feels amazing. It feels like you put together a whole lot of gears and you finally get to watch them turn, and it works. 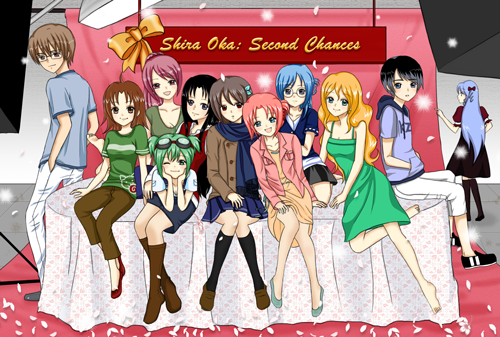 What is the hardest thing about writing/editing a gamebook?

Sometimes it feels like the hardest part is getting the time to do it! I have 2 small kids and they're absolute maniacs. But honestly the hardest part is letting go of the way I used to write when I was writing non-interactive fiction. You don't have as strict a control over the reader experience, because they could take paths you haven't considered and come across different encounters at different times, so it was really tricky for me to let go and let them explore and play in the playground I write for them, instead of drawing out a corridor for them to walk down.

Totally give it a go! Plot it on paper and experiment with it. The only way I could really get my head around it was making it, and I made heaps of mistakes along the way, so embrace that and go nuts. Also concentrate on letting go of all the "rules" for writing other types of fiction, it's a whole new ballgame! But that's pretty liberating, really.

Writing a gamebook for an app means you can use music to help with tension and pacing, which is really cool! It can be hard to get the pace going in a way you would when writing a novel, as it's all in the player's hands. But music and visual effects can really help change the mood of the whole thing.

I can talk about one in particular because I haven't even talked to anyone about it yet… but I have an idea for a gamebook that deals with player choice and reader agency in a really brutal way. I want to write a book that rips your heart out with some moral dilemmas. I have this weird morbid obsession with places like Mt Everest and the tragedy of Pompeii and Titanic, and I think it has a lot to do with being interested in what we as humans do when we know we're going to die, so I think I'd like to write a book exploring that. I don't want to go into too much detail about it, but I think it could be something really cool! Definitely a nice change from the sentient sushi and giant dragons in the current book. ;)

What non-gamebook projects do you have?

I'm also writing a handbook for women in digital spaces to help them when their online environment turns toxic, and doing some teaching this year, and a few public speaking engagements. It's going to be a super exciting year!

And there we go.  Take a look at Leena's Twitter feed and blog and keep an eye out for Alice's Story!
Posted by Stuart Lloyd at 12:00 AM