So, it seems that, amazing as If This Then That is, it is possible, to create some interesting combinations.

Anyone who saw my Twitter feed this afternoon would have seen this: 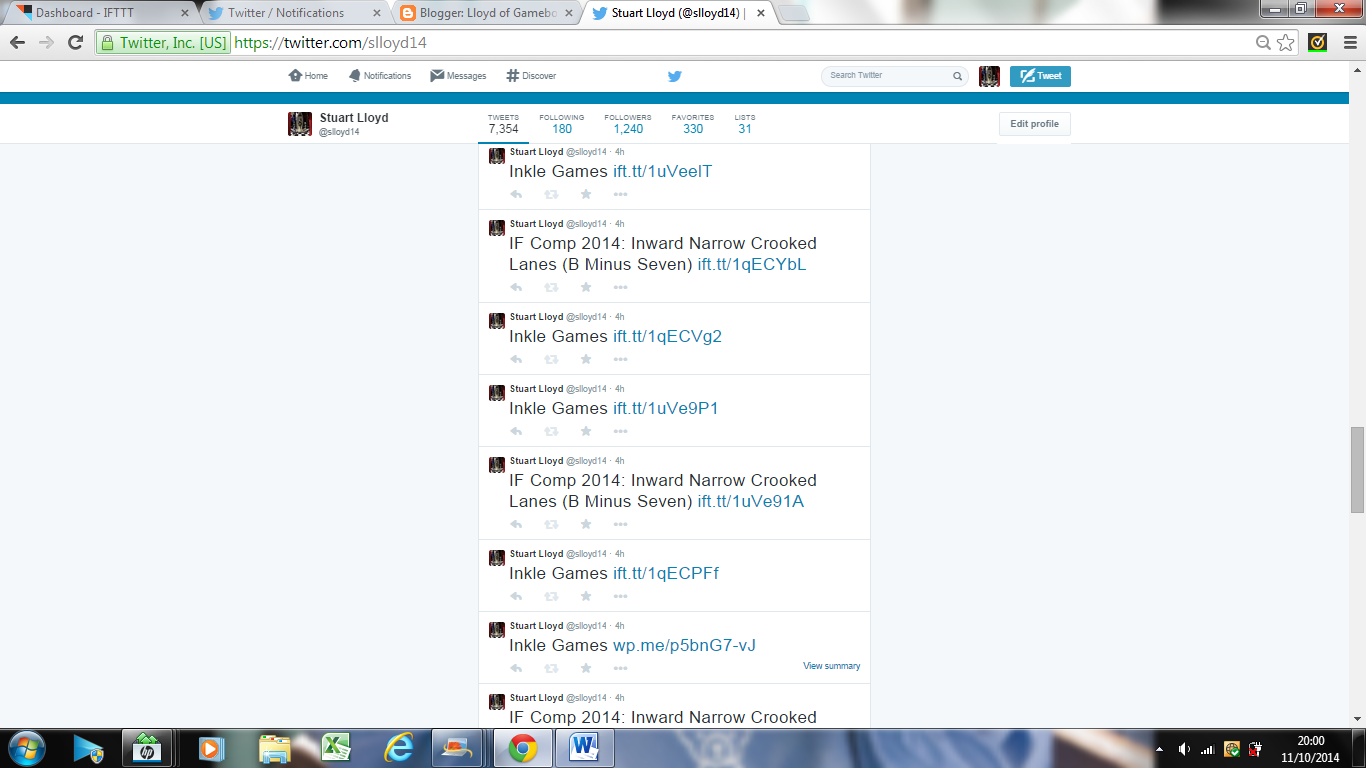 However, when that happened the posts sent to blogger then got posted on Twitter and Wordpress, which then got reposted back to blogger which got reposted back to Twitter and Wordpress and so on, until I got home with almost 1000 pageviews and 50 more posts than what I left with.  So there we go.  I've sorted out my recipes now.  I might take a while to sort out The Gamebook feed, because I want to make it work without Feedly (as they require $45 a year to connect to IFTTT) and I don't need it to - I can just put all the feeds directly into IFTTT.  But I'm getting there.  Soon, you will have multiple platforms of gamebooks.  It seems that if I reblog anything on Wordpress or Tumblr, you will have to go to those sites or Twitter to find out, though (anyway, the posts from Wordpress looked awful here)