One of these ways involves working out what the consequences to your decisions will be.

for example, I was reading The Bigfoor Mystery, a Choose Your Own Adventure book.  I had been cornered by some criminal with an axe and I was up a tree.  I was asked if I wanted to stay in the tree or surrender to him.

I decided to surrender because he wouldn't kill a kid.  However, he would kill a kid and just as he was raising his axe to bring it down upon me, Bigfoot came out of nowhere, hit him on the head, knocked him out and then retreated back into the forest.  It all worked out in the end for me, but how on Earth was I supposed to predict that (and I don't think the fact that the title contains the word Bigfoot is any clue)?

On the other hand, when I'm playing the Warlock of Firetop Mountain, I might come across a room where there are four dwarves playing cards.  I'm given the option of attacking them or playing cards with them.  I look at my stats.  Skill 9 (OK), stamina 5 (bad encounter with minotaur, not good.  Why can't I just eat provisions when I'm not fighting like in all the other books), luck 13 (good old potion of fortune.  Probably the least useful potion but I like it because I can increase the initial score of a stat).  I decide that, even if I could inflict 4 stamina points of damage several times with such a high luck, I don't want to risk dying for some poker chips and a pack of cards I could buy for about 50p from any good dungeon store (I bet that blue candle man has some).  So it makes my decision pretty easy - let's play some cards. 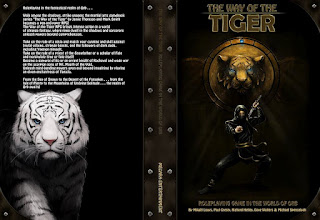 Stats provide us with information.  After a few uses of a game system, you can probably tell what a 'good' score is and what a 'bad' score is and use it to inform decisions.  If Lone Wolf has a low combat skill, I'll choose the mindblast and weaponskill disciplines (and definitely healing).  If Avenger has a +1 Kick modifier because he learnt Kwon's flail, I'm going to try to kick my opponent (this is an opportune time the mention the awesome Way of the Tiger RPG) and if my impudent peasant has a low stamina, I might pack in a few stamina spell sand cut out the skill and luck spells.

Arbitrary consequences to decisions is a big cause of frustration in gamebooks.  However, the more information you provide a player about the consequences to their decisions, the less arbitrary they become.  Your stats provide information about how good you will be in a given situation so maybe you know that you are not skilled enough to kill an opponent in combat and so you flee or you decide to face an opponent in a way that tests your highest ability score.  No stats, no information.  Yes, it makes for a simpler gamebook but how are you going to make people feel less cheated if they die because of a decision they made.

One answer is to provide clues and advice. 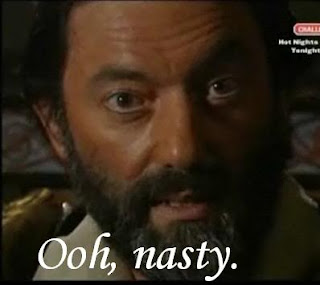 Clues can come in many forms.  Anyone who has played the Knightmare gamebooks knows that Treguard gives advice to you before you set out on your quest and it is always very sage advice.  One thing that Treguard tells you is that violence never solves anything.  Sure enough, if you decide to attack something in a Knightmare gamebook, you will probably end up dead and it will serve you right for either not reading carefully enough or ignoring the advice.

Of course, the advice could be in a section that has to be found so that you have to search a little harder for the answer.  It would be nice to be told that you could find the answer somewhere, however as anyone who doesn't won't know and they will get annoyed.  How nice you want to be is up to you, however.

One good way of having a statless, diceless book and still give the player a chance of making a correct decision based on the information provided is to have a mystery.  You can have a bit of text with clues and the player has to put them together to come up with the correct information. 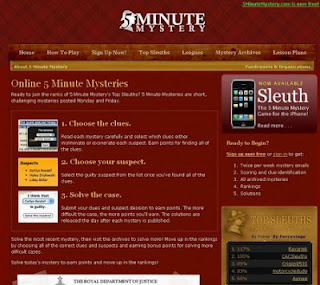 a website which has excellent mysteries of the type I describe is here where there are tons of mysteries.  You get some text and you have to highlight the clues.  At the end of the book, you have to say who out of the suspects is the perpetrator.  They encourage the player to read the text carefully and put together the information.  I enjoyed the mystery Thin Ice where you had to work out who had carried a 25lb bag of salt over to someone's house to ruin their ice rink.

Gamebooks have utilised this before in both text and picture format.  The Cretan Chronicles allow you to 'take a hint' which involves adding 20 to the paragraph you are on in order to take a non standard action but it only works if you have reason to believe that the other actions won't help.  It is not to be done lightly as it can backfire.

Jonathan Green also does it in Howl of the Werewolf where you have to look at a picture of several people and work out which of them is a werewolf from the picture and the clues in the text. 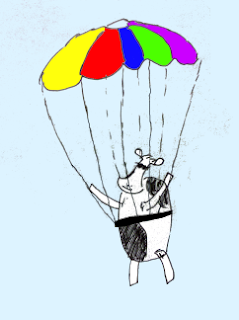 There is also a great mystery in Debacle at Dead Man's Inn, a microadventure by Andrew Wright where you have to work out which villager is a shapeshifter.  Cunning stuff.

I tried something along these lines myself when I wrote The Path to Greatness.  You decide which time period you are to be born in and then you have to make the correct decisions.  How you find out which decisions are correct, I won't say here, but it might involve looking stuff up.

So there we go.  Any ideas of other ways we can make consequences to decisions seem less arbitrary?
Posted by Stuart Lloyd at 12:01 AM