﻿
On Friday afternoons at school I would sit in class watching the clock slowly tick and waiting for the final bell to go, but my eagerness to rush home was not to start the weekend: instead it was to catch Knightmare on TV. The show featured a contestant in a helmet (that effectively blindfolded them) being guided through a fantasy dungeon. It was the nearest


Now, though, a live version of the show was coming to my home city of Edinburgh for the International Festival, and I had to go. Last year I had surfed the wave of nostalgia by attending Ian Livingstone’s Blood of the Zombie’s tour, could Knightmare Live up to the same high standard? 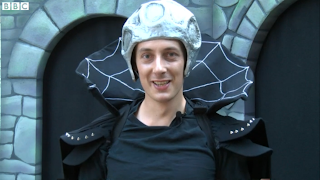 As I stood waiting to enter the theatre, I wondered if the TV show should be reborn in this way. Sure it was technically ground-breaking for its time, and sure it gave me great pleasure to shout at the kids on the TV who could not navigate their dungeoneer left instead of right, but having watched the TV show again recently (it is on Challenge TV in the UK) I wondered if the theatre version would be similarly dated. Could it be relevant to a modern audience?


I was admitted into a darkened theatre, so spooky that few people dared to sit in the front row which bordered directly onto the dungeon set. The dungeon was represented by some dungeon walls on a small stage, and I began to realise the constraints that such a live performance had to deal with compared with the TV show. Another constraint was the timing of the show itself, wedged in between two other Edinburgh International festival shows, late in starting and having to finish before the next show was due despite its contest format.


How could such a venture hope to succeed? The theatre version soon showed that it could do things that the original show could never dream of. Firstly, it could interact with the audience. You can be heard when you call out to help the beleaguered team trying to master the dungeon, you can help them answer a riddle (instead of shouting at the TV), you can cheer or boo the characters, or even ask Treguard a question during one of the pauses whilst the scenery is changed when they reach a new level of the dungeon.

Secondly, the show works in the live format as it has an abundance of humour. The TV show was in many ways unintentionally funny, laughing at kids who could not tell their left from their right, but the live version boasts a different style of humour. The actors are comedians in their own right, and the dungeoneer is guided by a comedian, which lends itself to parodying the original series and making it feel new and fresh. For Knightmare Live you have to be 14 or over to watch, and the humour is geared towards the child of the 90s who is now a thirty-something: Knightmare Live is Knightmare’s older, cooler, streetwise brother who will go into those fun areas that you wish the TV series could have.


The third reason the live version works better is that you have more improvisation. The tripartite relationship of actors, contestants and audience leads to more ad-libbing and a more free-form experience. The dungeoneer started an impromptu conversation with the rock demon in the wall, much to the hilarity of all. In another scene, the contestant did not have the right item to progress but through interaction with the actor he was able to provide an improvised solution. This was more the interaction of role-playing than the gamebook mechanic of ‘have the right item or fail’ which was prevalent in the TV series. 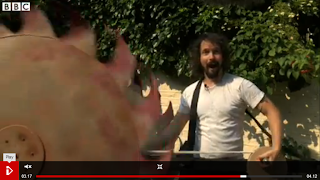 The acting throughout was generally excellent. Paul Flannery plays a young Treguard with humour and guile. He is joined by Tom Bell who plays Lord Fear (amongst others) and Amee Smith who plays several beloved female characters from the series. There is also a hapless goblin character (I didn’t catch the actor’s name), who adds much comic relief throughout.


A quick poll from Treguard during a scene change indicated that pretty much all the audience had watched the original show, and most recognised lines and characters from the original series. What was interesting was that of all the audience, most indicated that they would prefer to be the main character in the helmet rather than someone guiding them, essentially blind to the show and its performance. Perhaps nostalgia is the biggest prop of all in this live show?


For Paul Flannery, who produced the stage performance, this whole enterprise was clearly a labour of love. He had a tremendous knowledge of the Knightmare world, and even had on stage the original chest and shield from the TV show. He was able to spout numerous lines from the original series, although the audience were desperate to hear in particular that infamous phrase ‘oohhh nasty’. You can read more about Paul’s genesis of Knightmare Live here: http://www.knightmare.com/news/knightmare/1512-knightmare-live-what-where-and-how


After the show if you wait outside you get a chance to wear the famous Knightmare helmet and get your photo taken. Unfortunately for me I had to dash before they emerged (it took a while for them to pack up to vacate the stage for the next show), but I did get to stand alongside our dungeoneer (the self-proclaimed ‘Euan of legend’) for the evening who had met an untimely demise in the room of blades.


It had been a victory for Lord Fear that night, but the shows would continue with new contestants and audiences, never quite the same. Just like its dungeoneer contestant in the famous helmet, the Knightmare franchise is asking ‘Where am I now?’ having just arrived at somewhere new. The answer is sure to be an interesting one.


Knightmare Live is running from the 1st to the 25th August at the Edinburgh International Festival, and if successful is hoping to do a UK tour.


Also look out for the special new episode of Knightmare being featured on YouTube for geek week from the 4th August, featuring the Treguard from the original series and adult contestants!
Head on over to David's Amazon page to get his awesome Japanese inspired fantasy novels :). 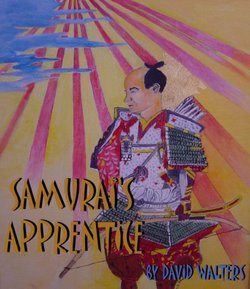