I consider Shadowcaster a failure which is why I do not have it on my gamebooks page.  It is very sparse on description and has some mistakes with the paragraph numbers so I do not really talk about it much.  However, looking back on it, I think that there are some good ideas and lessons to take from it and it was a necessary (if painful) step in my development.  Let's see why.

The idea of mages known as shadowcasters came from a unit in the free strategy game Battle for Wesnoth.  The level 1 version of the unit is called a Rogue Mage.  It then levels up to a Shadow Mage and finally a Shadow Lord.  The idea behind these units is that although they practice evil magic, tehy are not evil themselves.  They are pragmatic about magic.  They just see that evil magic is useful and want to use it for whatever ends they wish.

I then came up with the idea of a mage who wanted to harness all kinds of magic - both the 'good' type of magic with blessings and healing and the 'evil' type of magic that involved harming others and raising the undead.  I did not want a clear cut good and evil in this world, so I called the factions, the factions of light and darkness.  Between them lay the faction of shadow which could use both light and darkness but not be beholden to either.

I wanted the shadowcasters to be the good guys, so I created the faction of light as the way that white magic in Magic the Gathering can go wrong - a totalitarian regime where those out of line are brutally punished as heretics and evil doers.

As Mark Rosewater says in his article, The Great White Way: 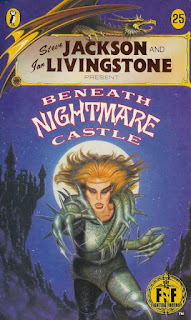 I orignially had Shadowcaster as a prequel to Beneath Nightmare Castle, a gamebook I loved.  I wanted it to be about how Xakhaz returned and how the southerners managed to take over Neuberg.  The story starts when you are teleported to the deserts in Khul to investigate what appears to be a huge army of southerners accompanied by undead.  However, the shadow portal you use is under the control of the faction of darkness and you get thrown into a cell.  You manage to escape and run into the Baron of Neuberg who helps you and tells you that he will hold off the army with negotiations (we see him later in BNC as a brainwashed pawn).  You have to travel north to try to warn your order.

The book ends with you fighting a battle against the armies of darkness, having a quick combat with an enthralling female enchantress and failing to defend a town. You escape with one of your mentors who is posing as a priest of the ligtht faction.

The book intended to be a trilogy.  In the second book, you gain wisdom from the head of your order, the Shadowmaster, infiltrate a town ruled with an iron fist by the light faction and flee once again as the army crushes them too. 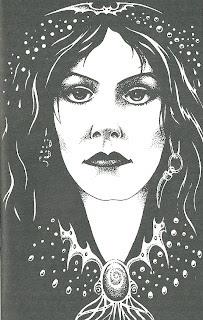 In the third book, you now know from the Shadowmaster that the leader of this army is a Lich in the town of Neuberg so you head there to kill him.  Success depends on actions from the previous book and on keeping your morality score in that happy medium.  You once again encounter the female enchantress who escapes through a mirror with a tin box (what could that be all about?) but you have other things to think about.  You can also get the Talisman of Loth but you aren't very good at using it if your morality is below 20.  I won't go into how I imagined the final epic battle to go, but if you win, you find the lich's crystal which animates and controls all the undead.  If your morality is below 11, you take it for yoruself.  If your morality is above 19, you destroy it but then the southerners attack the weakened area and win.  If your morality is between 11 and 19, you use the crystal to turn the undead upon the southerners, decimating both armies and leaving the area safe.

A few weeks later, you hear that Baron Tholdur has returned with some southern soldiers and you are sent to investigate.  However, you are ordered not to get involved as the Shadowmaster has noticed another who is more suited to the task.  Instead, you mission is to simply distract this warrior and lead him into a trap in order to set events off...

The problems with Shadowcaster


I tried to make it too big

I took this idea and tried to shove every other idea into the book and make it a trilogy of epic proportions.  For this reason, it felt a little unwieldy and I felt very tired with it after the first book.

I didn't know Lovecraft at the time

When I wrote Shadowcaster, I did not know about H.P. Lovecraft and his influence of Beneath Nightmare Castle.  It is for this reason that Shadowcaster is more like heroic fantasy than cosmic horror.  It does not fit the flavour of the book it was trying to prequel. 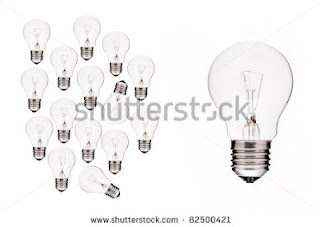 I was trying to tie in a trilogy of books and use my own system and use spells and many other things.  Looking back, none of the ideas were particularly well executed.  I actively prevented morality from being explored, simply killing of players if their morality was not 11-19 later on in the book.  What was the point of the concept if I was just going to railroad people?

I was manaully trying to randomise the paragraphs and so made a few mistakes.  This has probably made the book unplayable.

Just like a lot of my early gamebooks, I was a bit minimalist on the description  front.

What I can take from Shadowcaster

I think that the concept of morality and the shadowcaster character can still be reused in a more open ended book where you are allowed to have whatever morality you want and also I can account for how people will treat you for having a different morality instead of killing the player for not walking the path of shadow.  I would not try to tie it into any other gamebook and may not even use a Fighting Fantasy system.

If I ever try to do a tie in to any other book, I'll keep it withing the flavour of the book.  So if I do ever do a Beneath Nightmare Castle prequel, it will involve Lovecraftian monsters, a willpower score and lots of horror.