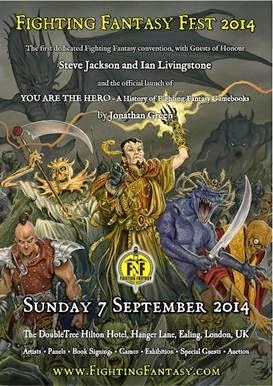 The fest will also include a goodie bag which includes a nice statuette of Zagor.

Tickets are only £50 for such great goodies.  If you would like to bring a child, you can buy an adult and child ticket for £60.