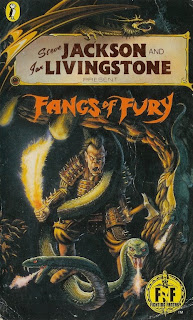 Yes siree, time for another playthrough. This time we're delving into Fangs of Fury.

This is yet another one of the books I didn't own as a kid. In fact, the only experience I had of it was with the Fighting Fantasy poster book, as it included the cover art as one of the posters. It's a rather confusing image showing what I assume to be an orc, wielding a small axe and a GIANT FLAMING SWORD. The orc seems to either be in the middle of being caught by a giant snake, or riding it from tree-top to tree-top. Both of which are unusual situations to be in.

This book changes up the formula of "go and kill evil wizard" for a bit, by asking you to go and restore the power of six stone dragons that are protecting a kingdom. Said kingdom is under attack from a typical evil baddie type person, and the eponymous YOU are asked to head off to steal some sacred fire from the heart of a volcano, so that you can re-ignite the power of the stone dragons.

And just to make sure that you don't decide to ditch the quest and go off on holiday or anything, the court wizard fits you with a bracelet that will blow you up if the kingdom is invaded. Because he's a dick like that. 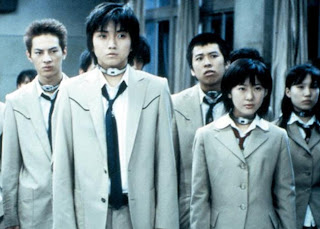 Honestly, this isn't quite as mind-bendingly bewildering as your character willingly drinking poison simply to show how awesome he is (a la Eyes of the Dragon), bu
t this is definitely not the kind of thing that you would expect the good guys in any conflict to be doing. Therefore my new theory is that the invading army is actually trying to STOP the council of courtly wizards in this kingdom from summoning some kind of horrible dragon-type monster, and they've just sent me off to go and get their last requirement they need.

I know that's not the actual storyline as written, but it makes more sense. So I'm going to refer to it throughout this playthrough. Deal with it. I need some small amusement here, the book is by the same writer as the truly awful Chasm of Malice, and it shows.

My character isn't much of a combatant, but that doesn't seem to matter much because I don't run into all that much in the way of combat. The adventure starts as I'm thrown into an emergency exit tunnel at the basement of the king's castle, with words of very forgettable advice ringing in my ears. Before long I've emerged from the tunnel and I'm promptly spotted by a few goblins. 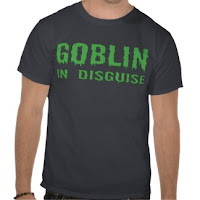 The goblins talk to me for a while, and I have the chance to try to convince them that I want to join their invading army. It seems that they think I'm just a really big, non-green goblin, because none of them even mention that I don't look at all like one of them. And neither do any of their friends for the remainder of this adventure. I don't know why, maybe a wizard did it. Anyway, the goblin eventually chucks me into a cell.

The cell hosts a crazed old priest, who tells me that he is there purely to help me on my quest. He then attempts to explain some kind of very metaphysical concept involving dice, which outright doesn't make a lick of sense. It's so badly explained that I had to read over it several times to make any sense, but I think it amounts to something like this - if I see an illustration in the book that incorporates cubes, I can roll dice and have a chance to acquire some cubes. The priest doesn't explain why I should want to do this or what benefit it has to me, and the entire thing just doesn't make much in-character sense either. This is just so jarring and poorly explained that I don't even know what the purpose of it is supposed to be. 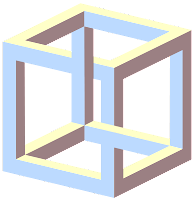 After confusing me with his rambling diatribe about cubes, the priest breaks us all out of jail. I promptly turn to run, but am immediately caught by a goblin general who assumes that I'm one of his soldiers. Again, no idea why he'd think this. He asks for a bribe, and when I refuse to pay up he sets two of his soldiers on me. Upon killing them both, I'm promptly chucked into his regiment, who spend a few hours either training arduously or sitting about doing very little (the writing is so poorly constructed that I'm not sure which nouns the verbs are referring to at any point).

At some point, there is either a large battle or a small skirmish. I don't know which it is, because the writer doesn't tell me. I get caught up in the middle of the fight, and before long I have the chance to rescue a knight who I'm familiar with. I save his life by slaying one of the goblins, but the knight opts to take his own life instead. I can only assume that a wizard genuinely did put some kind of 'goblin disguise spell' on me at some point, because there is no justifiable reason for the knight to commit suicide at that point if he doesn't genuinely feel that I'm about to kill him anyway. 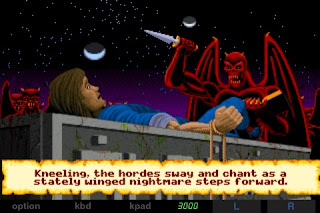 I don't get any time to figure out this predicament, though, because no sooner so I step away from the knight's body, does the goblin general knock me out and drag me away to get my head lopped off. Just before the orc executioner can chop my head off with his axe though, I am rescued by an indeterminate amount of people. I suspect it's just a lone warrior woman, but again, the book is so unclear on this that it's hard to say for sure and oh fuck why am I still reading this?

At this point in reading, I took a break to cook dinner and watch Les Miserables.

By the time I got back, the warrior woman was leading the character away from the goblin encampment and into a forest. She wouldn't or couldn't speak, so instead opted to draw some stick figures in the ground, and then ran off to fight some kind of forest monster. She leaves me alone with no indication as to who she was, or why she rescued me. Possibly this is expanded upon later in the book, but I don't survive that long. 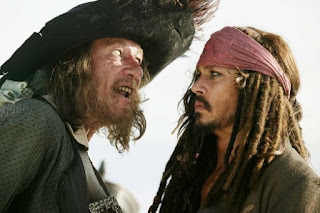 Soon after this, I trudge along to a small cliff. I clamber down it, and meet an old sailor sitting on the beach. I know that he's a sailor because he's wearing an eye patch, because all pirates have eye patches, unless you're Johnny Depp. Who, by the way, had his first film appearance in the first Nightmare on Elm Street character, where he played a character who was entirely unlike Captain Jack Sparrow (which is now every single character he plays, even when he isn't in a Pirates of the Carribean film. Typecasting is a horrible fate).

The sailor gives me his small boat to ride out to an island, or a harbour, or to somewhere. Again, the book doesn't really give a clear explanation. What it does do, though, is tell me that when I get out into the middle of the lake/ocean/sea/body of water, I am immediately pulled under by a giant octopus monster which eats me. Which frankly comes as a bit of a relief. 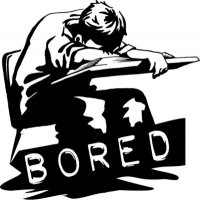 This book is second only to Chasms of Malice in how dreary and awful it is. The only redeeming feature it has over Chasms is that it doesn't include that awful instant-kill attack mechanic. But this is just awful, it really is. And it comes right at the tail-end of the '30's of the series, which is no small help here. Just to explain, I tend to think that the books in the 30s were the worst the FF series had to offer. From 1-10, there was a lot of experimentation that either paid off or didn't, they were breaking new grounds. From 11-20 you had the cementing of formula and strength in ideas, and by 21-29 you had a real sense of dynamic worlds and varied encounters. I think that around 30-39, it all rather hit a bit of a wall, with books that felt samey and uninspired, and felt as if they were being rushed out to meet a deadline and to fill up the bank accounts. I think that turned around with the 40-49s, who tended to have a wealth of setting and atmosphere to fill up the gaps, and the ones released in the 50s did genuinely feel as if the series was winding down to its conclusion. This one ranks right in with the 30s.