An interview with Kyle B. Stiff 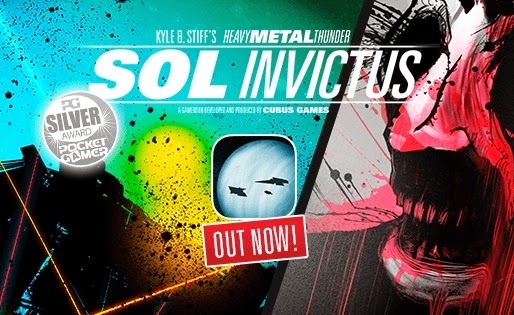 How's it hanging, gamebooklings? Excellent news: Sol Invictus, the sci-fi gamebook app and sequel to last year's award-winning Heavy Metal Thunder, is available for download. To celebrate this momentous occasion, I've managed to rustle up an interview with the game's author, Kyle B. Stiff. Read on for wily words of wondrous wisdom...

What's with the name? 'Kyle B. Stiff'? That's a pseudonym, right?

If only! No, I was blessed with an absurd name by my parents and sisters. I thought about changing it so that I could be taken seriously, but all my ideas were even more ridiculous than Kyle B.Stiff, so I figured I should just stick with that. I may put something in the front to sound a little more respectable… Doctor? Reverend? DJ? Lots of people put Doctor in front of their name to sound more respectable, so I’ll probably end up going that route.

Can you talk a little about the villains from HMT/Sol Invictus, the satyr-like Invaders? Why create this specific type of alien antagonist?

The inspiration comes from the same thing that inspires all art: Satan. Just kidding… or am I? I guess the horns work on a couple of different levels. The first really is that its Satanic, its scary, its very heavy metal. The second is that the Invaders aren’t that “alien” compared to us. So its kind of like when you’re a kid and you learn about Satan, hell, demons, its all pretty terrifying, but then when you grow up, you do a little research and you find out that the “horned god” was what we worshipped before Christians started burning our lady shamans at the stake. 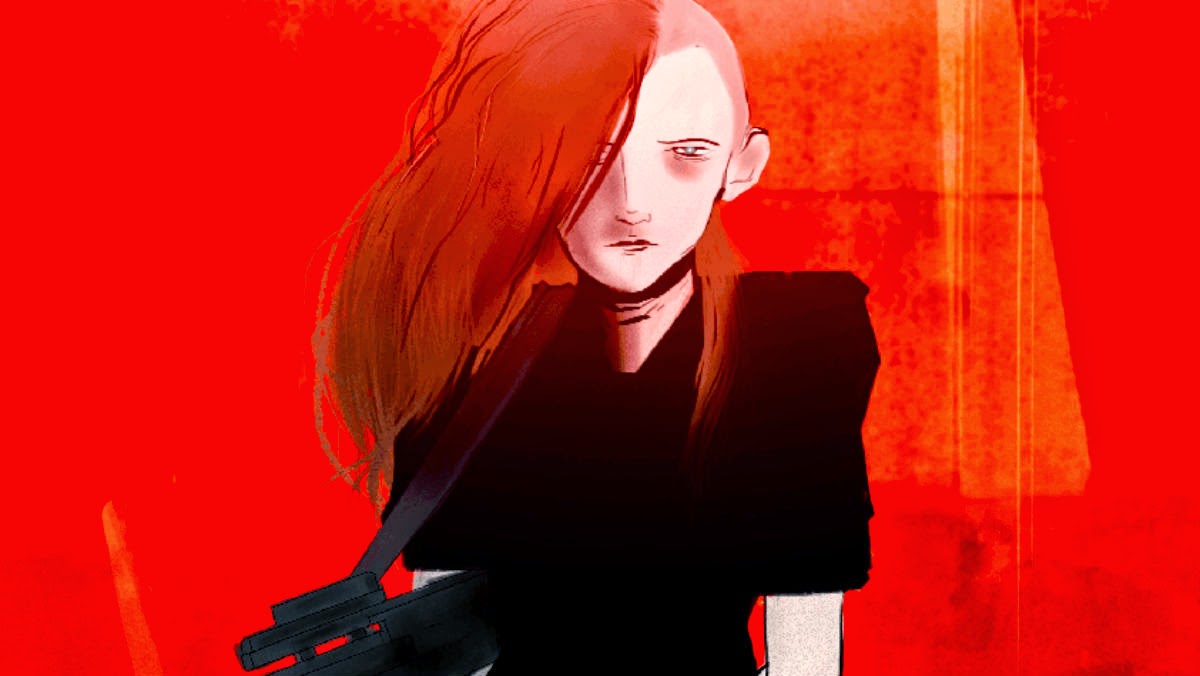 So it comes from the idea of “demonizing” the enemy. From the perspective of the humans in Heavy Metal Thunder, nothing is more terrifying than a heavily-armed, black-armored Invader with two rune-carved horns curling around either side of a featureless black mask. The humans don’t know anything about the Invaders' culture, homeworld, philosophies, religions; they just represent a hostile, demonic, alien presence.

But the Invaders are a lot like us… alright, this isn’t a spoiler, this is just a train of thought. The Invaders have to expand because their economy is a pyramid scheme just like ours. They could have sent a handful of diplomats to Earth and said, “I know it’s exciting to find out there’s life on other worlds, yadda yadda yadda, but let’s get down to brass tacks: We need resources X, Y, and Z, more land for our booming population, and LOTS of slave labor to keep the whole thing running. Is there a way we can peacefully get all that from you guys?” But that’s not how life works. Empires find out pretty quick that it’s better to send an army if you want to be taken seriously. The Invaders have a moral compass just like ours, and some of their civilians may protest the idea of endless expansion and endless war, but it doesn’t take a genius to figure their leaders pull the same tricks ours do. I’m sure they have all kinds of televised broadcasts showing how bad things were on Earth, so instead of thinking, “Our people went to Earth to conquer another species and take their world,” it’s a lot easier for their citizens to sleep at night when they think, “We had to go to Earth to stop all those evil dictators.”

What are the last 3 books you've read?

DMT: The Spirit Molecule by Rick Strassman (I admit I had to skip ahead to the mind-blowing parts), Larry Niven’s The Magic Goes Away (which was very interesting, and the version I found had some cool illustrations by Esteban Maroto), and the incredibly badass Thor God of Thunder: The God Butcher by Jason Aaron (and beautifully illustrated by Esad Ribic).

Any time a writer is asked something like this, I always wonder if they’re lying. “Last three books? It would have to be The Collected Works of Shakespeare… let’s see, Strunk and White’s Elements of Style…” I guess if I was really being honest I would fess up and admit to reading a novel’s worth of social media notifications.

There's a fairly pessimistic flavour to Heavy Metal Thunder - it's science fiction that focuses on the losers of war rather than the winners (à la Firefly, or Battlestar Galactica). Is there still room for an optimistic, Star Trek-esque tone to science fiction - a message that everything is going to be okay?

I’m reminded of early 19th century thinking. They saw how the industrial machine was taking off, and they thought, “People can make more with less effort, therefore people are going to work four hours a week and live lives of wealth and ease. Things can only get better!” Fast forward a few years and the newly-invented machinegun was tearing people to pieces on battlefields of unimaginable, nightmarish proportions, and the common man found himself looking at a stack of bills that no one could possibly pay. Instead of thinking “Well this certainly sucks,” they figured that if they went deeper into the machine then they would find utopia at the end of the tunnel. Now we’re clicking on Facebook notifications out of habit, the battefields have gotten even more nightmarish, and the stack of bills have turned into something like that cube from Hellraiser. I can’t even imagine a Star Trek-flavored future when our inner world of emotion is either unexplored, suppressed, or in complete turmoil.

There’s got to be another way, but I don’t know “the way”. So in my stories I like to show people wrestling with that. Life is a hellacious struggle, and the big goals that we aim for are mostly delusions that keep us going. That sounds dark, but the other side of the coin is that, to me, heroism only makes sense in a world of darkness. The biggest badass in the world would have to be someone who simply is not affected by all the different mind control schemes constantly being thrown at us. He de-programs himself. He taps into the power that lies at the root of all good things. He finds a way to be happy even while enduring incredibly intense suffering. That’s what makes a hero even more terrifying than the monsters and the freaks that rule the world.

What do you think the future holds for gamebooks, or for interactive fiction in general? Are we going the way of the mobile app?

Of course I’d love another renaissance of gamebooks, but even with the popularity of CYOA back in the day, it’s one hard sell of a genre. It has a lot of trouble gaining traction in the public consciousness. If you want to make money as a game developer, make a game about a shiny thing that spins around or goes into a hole; if you can make it zombie themed, that’s even better. Otherwise, the land of gamebooks is a freezing tundra where only the most merciless, die-hard entertainers can survive. You have to care about this stuff to be here. We have to adapt the way of the mobile app, otherwise we won’t be noticed. I truly appreciate any readers who follow us along the way. I’m going to dig in and keep doing what I do; I promise all the readers out there that the tale of Cromulus has a lot more twists, turns, and gore-drenched action in store before the war ends! 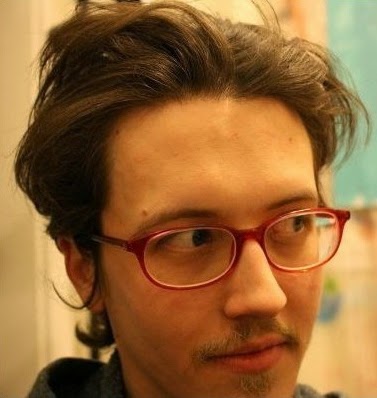