What would happen if fighting Fantasy went from 2d6 to 1d12?

First of all, go and back The Frankenstein Wars, an awesome gamebook app with Paul Gresty, Dave Morris and Cubus Games. It costs a mere 4 euros (or £2.85) to get the app! Do that first!

Ages ago, I wrote a post about using dice and what the probability of rolling a particular number on 2d6 was as well as the probability of winning an attack round depending on the difference in your skill and your opponent's skill. (at one point, I'm going to revisit my big posts to update them with my new knowledge, make them clearer and more pithy).

We all know that some Fighting Fantasy books involve impossible die rolls.  However, maybe if 2d6 was changed to 1d12, would that change things? 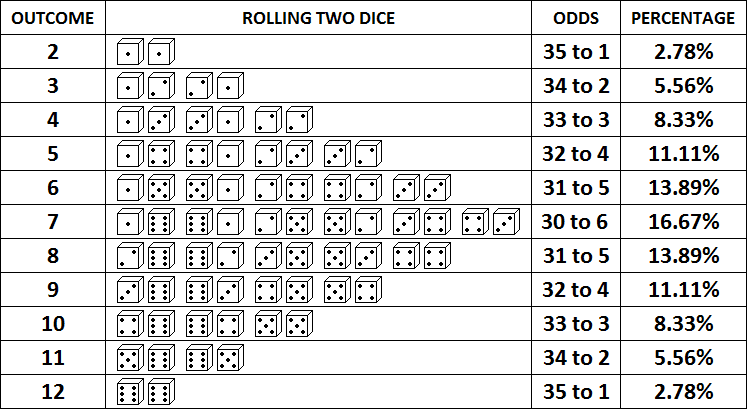 I then went to look at the probability of winning an attack round depending on the difference between your skill and your opponent's skill. 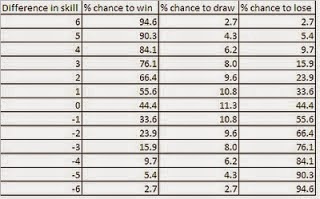 So if your skill is 3 or more lower than your opponent's, then you're pretty much stuffed.

So, how would things be different if we replaced 2d6 with 1d12?  Well, for a start, there would be a higher chance of rolling a 1 (:P), but what about success in a test for skill?  Or the chance to hit someone in combat? 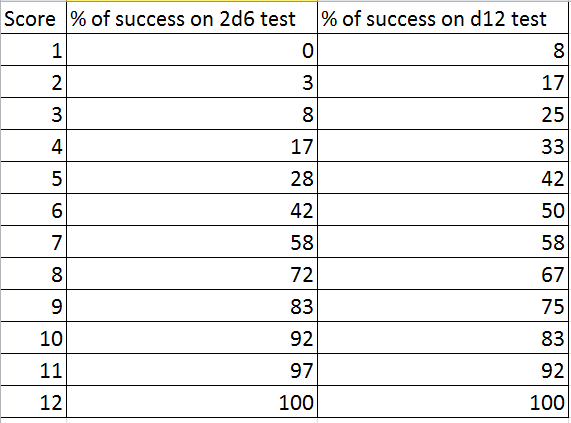 Here are some funny things:

Rolling a 7 or less has the same chance on both rolls.

So having a low score is more forgiving with 1d12, but then after 7, having a high score has less benefit, making both a great failure and a great success less likely.

What about winning a combat round? 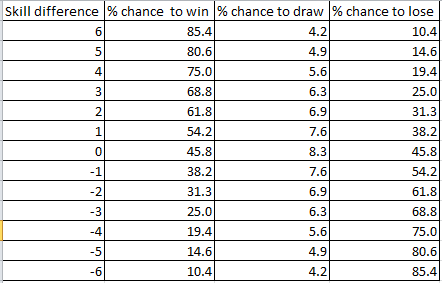 Compared to 2d6, the probability of winning when your skills are equal or there is a difference of 1 between you is very similar.  Once the difference gets bigger, the chance of winning or losing the round does not change by as much as with 2d6.  There is a 25% chance to win an attack round against someone whose skill is 3 higher than yours (compared to 15% with 2d6), so once again, the middle values have similar amounts, but once you get very large or very small numbers, the changes are not so extreme - having a lower value is not as bad, but having a high value is not as good.

So would using 1d12 make Fighting Fantasy easier?  Considering a lot of the books have enemies with skills that are too high, yes.  It will give a character with a lower skill a fighting chance.  It would also make the books better for characters with higher skills as it will make combat less one sided and give them a chance of losing out.

Email ThisBlogThis!Share to TwitterShare to FacebookShare to Pinterest
Labels: Dice