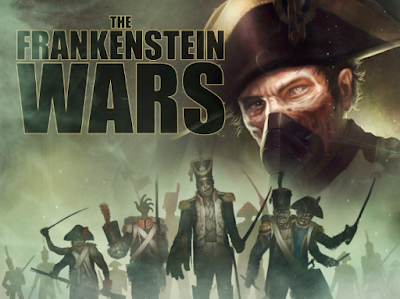 The military gets to play with all the best technology before it filters down to the general public. The ironing board in your cupboard is made from heat-resistant materials originally developed for the engines of the Mirage 2000C jet fighter. Your toaster only knows when to pop up because its timer is based on the guidance system of Reagan-era Hawk anti-tank missiles. Or maybe not. I haven't done a lot of fact-checking on this.

In the forthcoming gamebook app The Frankenstein Wars, Victor Frankenstein's resurrection technology emerges in France, in the early nineteenth century. And it is immediately seized upon for its military potential. It makes sense - what fighting force is more durable than soldiers who can be blown apart, then reassembled and resurrected, and thrown back into combat once more? The options are better yet for a general willing to mix and match the living raw materials under his command. A soldier with four arms, and two brains, will likely slaughter twice as many enemies as a regular soldier. A soldier with enlarged lungs, and three hearts, will be able to run far faster than a normal human, and shrug off injuries that might cripple or kill a lesser man. These resurrected soldiers - these lazarans - are living weapons. 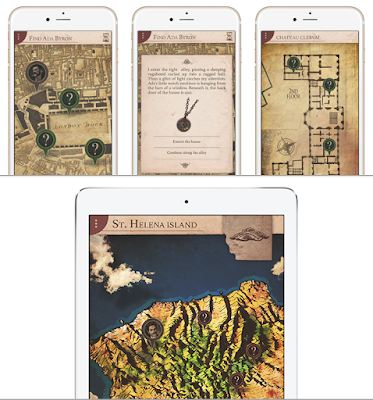 There is one potential drawback: the lazarans are not mindless zombies. They are living, feeling people. Imagine yourself in the place of such a lazaran for a moment, dear reader. Perhaps you love your job, or perhaps you don't. Regardless, one morning you wake to learn that your boss has grafted an extra head to your shoulders, and given you one extra arm. He's severed your own scrawny legs, and replaced them with the brawny limbs of a champion sprinter. Not just one champion sprinter, mind - they are quite clearly mismatched in colour. All because he feels it will make you more effective in your work. How would you fight the wave of madness that such a change would surely engender? Could your husband or wife understand this transformation? How could you explain it to your parents, or your children?

The Frankenstein Wars is a tale of revolutionaries who believe that the ends justify the means - and of those who suffer for such fanaticism. In this world of murky morals, you can play as exploiter and exploited. The revolutionary Zeroistes use Frankenstein's technology to wage war against the French government and its British allies. The conflict threatens to tear apart the heart of Europe. And yet the damage to humanity's soul may be far greater still.

Sound epic? Check out The Frankenstein Wars Kickstarter project page. At the time of writing, we've just passed the 33% mark - a strong start, but still with some distance to go.