Hello all! Here is the latest in the world of gamebooks.

Dragonmeet is happening on the 3rd December. I may be going (I haven't decided yet), but tickets are live with early bird tickets available until July 31st.

The world of Nimbus

Welcome to the 5e world where good, evil, and heroism MEAN EVERYTHING!

A monotheistic, human world where a crumbling empire struggles to regain its bearings Clerics have fled the continent Sorcery and magic items are rare and can lead to corruption Long rests in the Wilderness require Survival skills for success Humans are the only playable race And yet, the world is immersive, rich, and full of adventure!

You know that house near you, the one at the end of the road? The one that looks a bit scary. It’s an old house, set back from the road. It’s thin and tall, with tall and thin windows. In the middle is a crooked green front door, paint peeling everywhere. The mortar is crumbling from between the brickwork, and the whole house smells of damp and decay. Well, it used to.

After the epic tale of the original Shadow Thief trilogy - comes something a bit different.

In this first Shadow Thief Caper: an Unkindness of Ravens, and Shadow is back doing what he should be doing- stealing. Set a year after the epic events of Heroes, then Shadow is once again working as a thief, and trying to rebuild the Jackdaws, the thieves' guild. But what happens if he steals the wrong thing from the wrong person?

Or, as Shadow calls it, Tuesday Night

Sorcery! coming to the Switch on June 23rd

Choice of Games has more releases!

The juggernaut that is Choice of Games has made yet more releases this month.

You are a recent member of The White Company, a mercenary guild on the far side of the law. Your job consists of hunting artifacts and roaming ruins that the Church has forbidden to mention. One of your expeditions, however, leads you down a path that is much deeper than you ever anticipated.

The Golden Rose: Book One (choiceofgames.com)

The drums beat, horns blow. It is time for you to dance a warrior’s dance. You were born in poverty and raised by ambition. Now is your chance to write your own legend, will it be a tragedy or a triumph?

Social Services of the Doomed—They have magic and fangs. You have red tape!

As an employee of the Department of Supernatural Social Services, it’s your job to mediate when a dispute breaks out between vampires and werewolves. Which is pretty often, these days. Tensions are rising in your city: not all supernatural citizens think that they have to abide by the law. Flocks of harpies are crowing prophecies of doom; wizards are slinging fireballs; trolls aren’t just having peaceful chats about tunneling technology anymore; there are demons in the werewolf dive bar; and something is up with the ley lines. Sometimes it feels like you’re the only one standing between the supernatural factions and a city in flames.

Social Services of the Doomed (choiceofgames.com)

Prepare for adventure in this huge open-world gamebook series. Legendary Kingdoms is a gamebook campaign, where you lead a party of adventurers in a world that adapts to your actions. Venture into ancient ruins, pick a side and lead an army into battle, sail the high seas on your own warship, defeat tyrants or restore them to power. Along the way your party will increase in skill, wealth and renown, allowing them to take on more challenging adventures. Reach the heights of power and you may uncover a dreadful threat to the world itself and go on a mission that spans all six gamebooks in the series.

So is this a Solo Gamebook or an RPG?

The Legendary Kingdoms series has been designed to be played solo, as a choose your own adventure style gamebook. However, as you lead a party of four adventurers on an epic journey in a truly sandbox world, we have had playthroughs where one person has acted as the GM (Narrator) and four friends have taken on a character each.

Worm Gnosis is an interactive comic book by Boris Ramírez. In it, the reader will take the role of the main character and go on an adventure whose development (and ending, therefore) will be determined by the decisions and actions taken over the course of the story. With a plot and setting clearly influenced by Lovecraft’s Mythos and tales, the readers will dive in a fantastic and chillingly fun adventure in which they will unravel mysteries and confront dark forces and enemies from this world and from others.

I found this awesome website out on the Reddit gamebooks group. They are gamebooks specifically aimed at girls in the teens and tweens age group.

Posted by Stuart Lloyd at 12:00 AM No comments:

I'm sorry there haven't been any posts in the last two weeks. I've been busy with exam revision and various things, and I haven't had time to make a massive backlog of posts for times like this (ahh, the heady days of 2011!).

Normal service will be resumed soon... 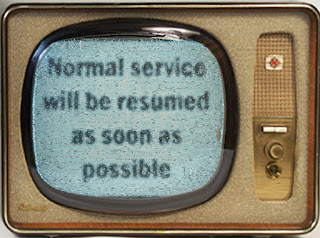 Posted by Stuart Lloyd at 11:54 AM No comments:

May news and upcoming June news

Hello all! Sorry I'm late again, but here is the news from May.

David Lowrie has released another book!

After the epic tale of the original Shadow Thief trilogy - comes something a bit different.

In this first Shadow Thief Caper: an Unkindness of Ravens, and Shadow is back doing what he should be doing- stealing. Set a year after the epic events of Heroes, then Shadow is once again working as a thief, and trying to rebuild the Jackdaws, the thieves' guild. But what happens if he steals the wrong thing from the wrong person?

Welcome to General Quarters Captain! You are about to take control of a submarine in World War II. Your mission to sink merchant trade convoy's, ships and tankers. With each ship lost the much needed resources of the Japanese War Machine will slow to a crawl. This is your mission Good Luck Captain!

You have entered this benighted land, where you can either aid or oppose the forces of order.

In this open world gamebook, many adventures await -- explore haunted monasteries, delve into once deserted barrows or investigate cursed forests -- the choice is yours!

There are some CYOA releases this June:

You are on a fantastic quest through medieval Scotland to find your missing pegacorn mentor, Dame Scotia. You believe she was kidnapped to steal her magic to create a pegacorn army. Can you and your newly-trained pegaorn, Liss, locate Dame Scotia in time to prevent war?

You’re on a family vacation in Haiti to learn about your heritage when you discover a ghost in your room. The ghost tells you her name is Yvette, and that the mountains are calling you. Before you can answer, you meet a little girl named TiYoyo, who wants to show you her home.

Bored and ignored by your busy parents, you decide to go outside and build a fairy house. Just when you’re sure nothing is going to happen, you meet Bert the Below Average: a real, live fairy. He’s not exactly what you had in mind. But he’ll do. Let the adventures begin!

You can read about it here:

Freshman Magic: Spellbooks and Tangled Sheets] is a 263,000-word interactive gay romance novel by Raven de Hart. It’s entirely text-based, without graphics or sound effects, and fueled by the vast, unstoppable power of your imagination.

A magical duelling scholarship won you a spot at the prestigious Briarthorn University, one of the top magic colleges in North America. You expected a hard workload and even harder dueling practice sessions…you weren’t expecting your classmates to be so distracting!

"Framed" is a tale where YOU are the hero, or rather the victim, having been found beside the body of your employer with a gun in your hand. YOU don't know how YOU got there but if YOU're going to avoid jail then YOU'd better find out, and sharpish!

This gamebook is a mix of murder mystery and action adventure gamebook as you explore the island of Dr Flavius Munroe, now deceased, and try to find out which of the invited guests has landed you in the frame for his murder.

Nikola Tesla: War of the Currents

Nikola Tesla: War of the Currents is a 225,000-word interactive science-fiction novel by Dora Klindžić. It’s entirely text-based, without graphics or sound effects, and fueled by the vast, unstoppable power of your imagination.

The man who invented the 20th century was a queer immigrant from Serbia. Nikola Tesla dreamed of distributing free energy to all of mankind but passed away in a New York hotel room alone and forgotten. What if it had gone differently?

Life of a Space Force Captain, plus Paradox Factor is now on Steam!

Play as human, various species of alien, or even a robot. With the help of your friends and your loyal, upgradable robo-pet, you will go to school to learn skills of your own choosing before taking a position as a lowly cadet.

I've mentioned this one before and it is already funded. You can still get it here:

Dormus is a world riven with strife and conflict, its very fabric of reality under threat from otherworldly forces and cataclysmic events. These are dark and perilous days, where fractious tensions threaten to bring down kingdoms and empires, and demonic invaders sow seeds of chaos and destruction to hasten the fall of humanity.

This is a time when great heroes will rise – legendary men and women of fame, who will spin the web of destiny anew, changing lives and history, influencing kings and nations, and becoming beacons of hope amidst a desperate world teetering on the brink of ruin.

June's book is You Are a Filmmaker.

Posted by Stuart Lloyd at 8:39 AM No comments: