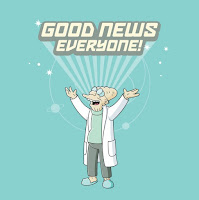 Good news, everyone! Arion Games has released the Advanced Fighting Fantasy core rulebook as a PDF. You can get it for 14 USD (approximately £10) and their other AFF2 products should be out as
pdfs shortly.

Also, it is also running a kickstarter to get a sci-fi rulebook up called Stellar Adventures. Like all Arion games kickstarters, it is simple and has a realistic goal that. No calculating add ons, no weird stretch goals, just pick the type of format you want for the book and back it for that amout of money. Then, the book arrives. This is a winning formula that has worked for four other Arion Games products.


So head on over and support your Advanced Fighting Fantasy producers.

In other news there is a Way of hte Tiger Playthrough blog which is extremely entertaining. Check it out.

Also, check out this awesome blog of in depth gamebook analysis. Many nuggets of wisdom to be gained here.

Hello all! Here are the rest of the options to my survey that didn't make the top 3.

I put that in with news of releases seeing as they were close in terms of number of votes and also similar to each other.

Playing these things gives me a lot of ideas for gamebooks (a recent RPG I played has given me inspiration for a Windhammer competition), so I will keep these coming as they come.

Legend of the Wayfarer

Not much interest in this, so I will save it for when it is done (in the future...) and talk about its development when it is finished. The old version is available for PWYW. The new version will look quite different to it.

Wuite low. Maybe because there are plenty of other blogs that do them?

Posted by Stuart Lloyd at 11:04 AM No comments:

Interviews
Well, you seem to like interviews. That's great. I do a bunch of interviews in April and then none for the rest of the year. Looking at other peoples' April A to Zs, my interviews are a lot longer than most other posts. Also, the A to Z didn't provide as big a stat boost as it used to possibly due to more participants and also possibly due to categorising blogs so that people skip categories they don't like. There are not many gameing blogs in the A to Z (about 10 this year from hundreds), so maybe either I need to do another challenge or have a different approach to the April A to Z.

However, I now have 5 years of interviews with people that most people probably haven't read properly because they were having 1 a day and may have been looking at other blogs, so one thing I will do is to repeat interviews and spread them throughout the year.

I will also ask people for interviews around the time they have some releases out. Hang on a second, that sounds like a link.

There is now way too many websites for me to go through to get every gamebook release, which is why I use the gamebook feed and also why I have the feed link in to my Twitter profile. However, I can put the choice posts here, when a book is released, which leads on to kickstarters, which came a close 4th. I can also post links to kickstarters to do with gamebooks and IF.
Posted by Stuart Lloyd at 12:00 AM No comments:

I read a really interesting post in Known World Old World about skill checks as saving throws. I must admit, I have always seen skills in the roll to accomplish way where if someone wants to do something, then they have to succeed at a skill check to do so, but Dr Bargle is right. If someone is a trained pickpocket, then why do they have to make a roll to pick every person's pocket? What if you're a trained blacksmith? Surely all those years of training means that you don't need to make a roll to make your 5000th horeshoe. The other 4999 times have been plenty of practise to get it done without messing up. AFF2 and Maelstrom Domesday both follow the same rule in the sense that if you have x points in a skill then you don't need to roll to accomplish certain things. If you have 4 points in Language - Common, then you speak fluent Common and you don't need to make a roll every time you have a conversation with someone.

It got me thinking about my system. Sometimes, I do ability checks and sometimes I just go by whether you have the skill or not. The main reason for this was actually a game reason. If the consequences of the check were low, then I would just let you check whether you have a skill or not as I did not want you wasting time rolling over a few silver florins or 1 point of Will or Vitality. However, I will think carefully about when you need to do a roll now.

In book 3 of Legend of the Wayfarer, you are given the chance to find some treasure after beating some bandits. I made it an ability roll with the perception, but if you have enough time to search the clearing, then why bother rolling? Maybe, with enough time, you find it without any skill or maybe it is so well hidden that it doesn't matter how long you take - if you don't have Perception, you can't find it. Maybe a roll is appropriate if you have little time to do the search.


I will think more carefully about where I place my skill rolls now. Maybe they should only be the result of bad decisions or sub-optimal conditions and this will reward good play more. For this reason, I need to make decisions meaningful and leave enough clues to make sure people can work out which decision is best.

Happy gamebooking!
Posted by Stuart Lloyd at 12:00 AM 1 comment: