May roundup and future upcoming events

Hi all!
Apologies for the lateness of this blog post. However, anyone who followed this blog in the past knows that late May is a big time of year for me .
Here is a roundup for some gamebook events for May. Remember, to keep your finger on the pules, head over to Gamebook News!
Gamebook Kickstarters
There are currently 2 live gamebook Kickstarters.
One is The Isle of Torment is a massive 2000 section pirate themed gamebook.
The Other is the Rotator series, a gamebook series where you have to explore and set up a colony on Mars and Venus.
Interactive Fiction and Gamebooks Discussion Group
June's gamebook is The Isle of Doctor Moreau and it will also cover The Gamebook Zine issue 2 (see below).
Gamebook Zine issue 2!
The Gamebook zine's 2nd issue is out now! The PDF is free!
Instadeth Survivors' Support Group
The Instadeath Survivors' Support Group has released 3 episodes this May. One is a playthrough of Psycho Killer by David Lowrie, one is an interview with Samuel Isaacson (he has a new website!) and one is an interview with Jon Lunn of Spidermind Games. That is the company that created the Legendary Kingdoms series.
You can support the group on Patreon and if you do, you will get early access to episodes. The upcoming episodes include an interview with Peter Blenkharn (who is the CEO of In The Box games, the company behind Alba) and a playthrough of INFECTED by James Schannep.
10th anniversary edition of INFECTED
Speaking of INFECTED, there is now a 10th anniversary edition available. 10 years! Time flies!
Fabled Lands on STEAM
Prime Games has released a CRPG version of Fabled Lands!
Dragon Warriors solo adventure!
Red Ruin Publishing has made a Dragon Warriors solo adventure and it's free!
Coming up...
Blood Sword for Dungeons and Dragons 5th edition!
A quickstart is in the works. You can see the progress on the Facebook page.
Vulcanverse! (official website)
Dave Morris and Jamie Thomson are releasing a series of open world gamebooks set in the land of Greek Myth this year!
Posted by Stuart Lloyd at 12:00 AM No comments:

Oh hello, gamebookers! Didn't see this title coming, did you. Maybe you need to work on your...noticing things ability.

Abolish perception? It's the most useful noncombat skill isn't it? That's what I observed when I played an RPG for the first time in my current home town.

The RPG was the real world, but angels and demons were real. They were disguised in the real world. Angels were kind of despotic and we were demons trying to get a powerful artefact. We used the In Nomine system and the main skill that we used was perception.

So that's great. Let's all be super perceptive. Well, that's how a game winning Spike would discern things. However, what if the player wanted to really be a wizard who launches fireballs? Not much room for perception there. Or even for a warrior or a cleric or whatever.

Perception is really sucking all of the oxygen out of the room and punishing people for playing characters who don't have that skill.

I thought of one way of abolishing the perception skill and making it work and I thought of something that might work in the game and in real life. Most people can't just perceive everything equally well.

People register things based on what they are skilled at and what they pay attention to. A builder can spot structural weaknesses in structures but not necessarily rainclouds on the horizon. A gardener could perceive diseases in their plants but they might not be able to tell what type of plane if flying overhead.

I came up with a system ages ago that I want to use some day. It had 7 stats.

Aggression: A character high in Aggression will be better in both physical and verbal sparring matches.

Glamour: A character high in Glamour is able to wow people with their charm and good presentation.

Cunning: A character high in Cunning is able to think quickly and use reasoning skills and strategy. This is not book learning.

Pragmatism: A character high in Pragmatism is good at crafting, building and mending things.

Harmony: A character high in Harmony is able to find common ground with others and also bring people together.

Wisdom: A character high in Wisdom knows a lot of book learning such as literacy, maths, astronomy, history and philosophy.

Strangeness: A character high in strangeness has knowledge and experiences of those things forbidden by most of society. They may be considered mad, but, in the right circumstances, they will be sought out to deal with problems that conventional methods have failed to solve.

This meant that each characteristic was sometimes a book and sometimes a bane. Aggression would be good for fighting a wolf, but bad for trying to get two villagers to work out a compromise. Strangeness was probably the most profound one - in my system, it would be a negative ability in any social interaction with anyone who didn't have a strangeness score, but it would also lead to great discoveries and power (if magic was in the world, which I'm not sure if it is yet).

That's one way of doing things. Any others?

The range of starting stats

I'm going to let you into a little secret. It might be shocking to you. I hope you are sitting down. Here it comes...
You know that Fighting Fantasy books say 'No matter how weak your initial scores, you can still succeed'.
Well, sometimes, it's not quite true.
Well, I think I have the best way to make gamebooks with random elements more fair. And that doesn't involve changing the creature stats - it only involves changing the starting stats of the character.
The problem with Fighting Fantasy books that have unfair combats could be solved if the character's starting SKILL had a smaller range.
Exhibit A: The Warlock of Firetop Mountain.
In order to defeat the warlock and get his treasure, you need to fight a SKILL 10 STAMINA 10 cyclops. If you have a SKILL of 7, this is almost impossible. Hitting it once has a 15.9%. You need to hit it 5 times, or maybe 4 or 3 if you manage to use LUCK. Not very likely.
The problem will be solved if instead of having a SKILL of 1d6+6, you can have a SKILL of 1d3+9 or even 1d3+8.
If rolls depend on rolling 2d6, then a starting stat with a range of 6 is too big. Maybe 3 at the most.
There are other ways. The Lone Wolf combat system used a table based on the difference between Lone Wolf's Combat Skill and their opponent's Combat Skill. The table's numbers are in favour of Lone Wolf, so it is less likely that Lone Wolf will get an unfair death in combat. It is an effective solution.
Posted by Stuart Lloyd at 12:00 AM 3 comments:

Is it fun to have random deaths?

The consequences of randomly determined rolls

The trouble with death by random die roll is that a replay will not improve your chances next time. At least if your character dies due to an arbitrary choice, then you can not make that choice next time. If there's an unavoidable die roll that leads to death, then the next playthrough has the same chance of failure.

Why do this? I know that some RPGs are parodies of RPGs and the game system is inherently cruel, leading to the characters suffering slow, painful and unusual deaths (if they're lucky!). I'm thinking of Call of Cthulhu, Warhammer Fantasy RPG, Paranoia and Dungeon Crawl Classics with the 0 level characters.  In some way, if everyone is aware of that, then that is part if the fun. In the case of Dungeon Crawl Classics, I consider the part where you control several 0 level characters and most of them die to be an elaborate character creation process.

With Paranoia, you can just get another clone, so the game does not end if your characters die (reading about Paranoia is treason)

Cthulhu and Warhammer don't really have a game mechanic about death, but they make it pretty clear that it's going to happen (either your characters die or they go insane or they turn into Chaos goo. YMMV on which is the best outcome).

So, maybe there's a flavour reason for having lots of death. That may make it more acceptable. However, a hardcore gamer who wants to win will probably find that the mechanics are frustrating. Also, jokes and references may go over peoples' heads or just be not funny. And having your character die is probably not considered a great punchline by some.

Is it fun to die lots of times and have to replay a gamebook or is it better to be able to complete a gamebook in one go?

EDIT: I had the comments settings so that only members of the blog can comment. I have now changed them so that anyone can comment. Please, knock yourselves out (but comment on the blog first).

Can that be fun?

The consequences of arbitrary choices

It's probably impossible to have a gamebook with no arbitrary choices. 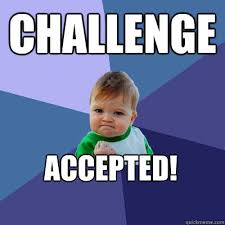 However, arbitrary choices can be find. The frustration arises because of the consequences of those choices. If the arbitrary choices mean the difference of a few stamina points or an extra combat or a few more gold pieces, then I'm not going to complain. If there's an arbitrary choice which results in you missing the vital item/clue and you have no idea that you needed it and there is no way of getting it again and there is no other item/clue that you can get that will take its place, then I will find that annoying.

But should it be? If I approached gamebooks with the philosophy that maybe they should be played through several times and the choices should be explored to see how to avoid the death and try a different option, then the gamebook is doing what it intended to.

What method provides more replayability? On the one hand, gamebooks that kill you arbitrarily are replayed to find the right path. Gamebooks that don't kill you arbitrarily could be replayed to see what the different paths do. I suppose it might not make much difference. If you succeed at the gamebook that arbitrarily kills you early on and know that it arbitrarily kills you, then I guess you won't want to bother exploring the other paths. If exploration is more of a fun option, then maybe you will. I guess it also depends on how you feel towards the game. If the gamebook is a challenge to be beaten, then I guess you will replay the book over and over until you win. If you look at it as something to kick back and explore with/create a narrative with then having arbitrary deaths would be a put off.

So which method is more fun? I guess that depends on your gamebook player type. If you like a challenge, then having arbitrary deaths due to choices would be fun.

If you are an explorer/storyteller, then you probably won't want your experience cut short by an arbitrary death.

What do you think?

next book for the Interactive Fiction and Gamebooks discussion group announced.

Hi all! Here's a quick news update for anyone who wants to be in a book club for gamebooks.
May's book for the group is Sam Isaacson 's SOLAR WAR in the Interactive Fiction & Gamebooks Discussion Group (Book Club).
The group is at: https://www.facebook.com/groups/interactivefictionandgamebooks/
Posted by Stuart Lloyd at 8:21 AM No comments: