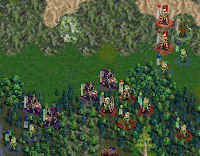 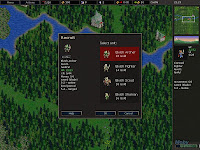 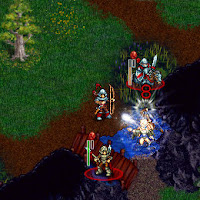 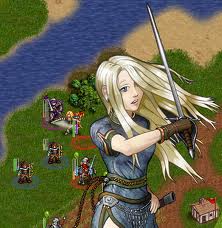 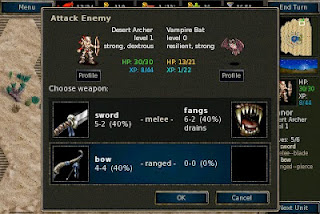 Hello gameboookers. I hope you are having a fab time, wherever and whenever it may be. I'm writing with my planned response to this post with what you want.

The top three things, getting 13, 12 and 11 clicks were gamebook theory, interviews and kickstarter alerts. I'll address each of those individually then I'll address the bottom answers.

So a lot of you want to write a gamebook? Well, I can help with that. I ahve written a few posts on how to write a gamebook, but I realise that they are getting several years old. All of the "main" posts have been written and the remaining posts I have leftover from when I wrote a massive batch are on "minor" things. however, since writing these posts, I have done a lot more gamebook writing, which is why I want to revisit and update various posts. The ones I have in mind are listed below:

How to write a gamebook series (makes sense, I guess)

Dice (and other random elements) in gamebooks

Types of Choice (links in with a Bestiary of Player Agency)

Enjoyable and challenging vs unfair and frustrating

Once I have revisited them and refined my outlook, I can apply again and then refine it. In the long long term, I will be able to distill all the important points into a book about how to write a gamebook.

In case you didn't know, Alexis Smolensk, writer of the Tao of DnD blog is also making a podcast now with his daughter. In podcast 5, he talks about scarcity and raises some good points about how scarcity can create interesting choices and also good adventures in order to get those items. Having too many resources leads to players not really needing to make any decisions about how to distribute them.
Posted by Stuart Lloyd at 5:29 AM No comments:

Back in the April A to Z, I released a form asking for what you want form Lloyd of Gamebooks. You can still fill it in if you haven't already.

Here are the results so far, from 15 respondents:

What do you want to see from Lloyd of Gamebooks?

Here are the comments that people left:

In a post in the near future, I'm going to lay out my plan for this. In the mean time, you can still add your opinion.

The Gamebook Feed - time for seconds

Just a little note to say that The Gamebook Feed is working again. For some reason, it just stopped posting when 2016 started. Maybe it game up posting as a new year's resolution?

In case you don't know, I created The Gamebook Feed as a way to automate collection of news on gamebooks. I did it using Feedly and IFTTT. To find out how, go here.

There are a few more blogs that I have added to the feed:

There is an excellent in depth analysis of gamebooks on this blog and I look forward to every post.

Way of the Tiger Playthrough

Does exactly what it says on the tin.

Mrs Giggles reviews gamebooks. Her reviews are entertaining to read and she is hard to please.

Cellar Dweller attempts to discover if it is possible to play the Fighting Fantasy books with a skill of 7, a stamina of 14 and a luck of 7.

If you have some more gamebook or interactive fiction blogs that I could add, please leave a comment. Which reminds me, the gamebook feed is now comments by members only as I had tons of spam on it.


Posted by Stuart Lloyd at 9:52 PM No comments:

Gamebooks have always utilised a wide range of methods to determine success or failure, ranging from random rolls to trivia quizzes to riddles to maths problems, but they also included minigames.  I'm going to try to define it as a game that is not the main part of the gamebook, but a separate challenge that is used to determine success or failure.  Now, I could spend ages trying to define what a game is, but I will trust your own idea on that and if you would like to know more, I will refer you to the modern Library of Alexandria.

There were occasional minigames in paper gamebooks, such as Curse of the Mummy, where you had to work out which move you should make in a boardgame.  The Forgotten spell also includes minigames.

However, the introduction of gamebook apps has made minigames possible.  For example, Warlock's Bounty is a gamebook app where combat is decided with Magic the Gathering style cards, the Khare app from Inkle has a game called Swindlestones and the 8th Continent by Patrick Garrett has several mini games - combat is card based, finding things involves playing a version of bejewelled and reading your father's journal involves working out a code.

This got me thinking about minigames and their use.  I like mini games in books as it is something to focus on and work out.  It provides an intellectual challenge that depends on skill which is refreshing if most things are determined randomly or by choices you make which have consequences which have some degree of arbitrariness.

I have found one issue with mini games however.  Games which have no variance - you have to do the same thing to win - and don't allow you to skip them become a waste of time.  It is fine in Warlock's Bounty where every combat will be different based on the randomly drawn cards, but if I know how to crack a game every time, I no longer want to play it.
Posted by Stuart Lloyd at 12:11 AM 3 comments: