Good day to you all!  I hope you are all having a good Yule season.  However, today's post is not about Christmas.  Since it is most definitely not December 21st in any time zone of the world as you read this, I can gladly announce that we have all survived yet another apocalypse.

Only those people living in a cave, scared that the Millenium Bug would launch all the world's nuclear missiles and cause a nuclear winter would not have heard that 21st December 2012 was the date that the Mayan calendar would end its cycle and therefore the world would end.  Because that's what happens when calendars end.

So, instead of making a Christmassy post, I thought I would do an apocalypse themed post because Christmas is the same date every year whereas we may have to wait a while before the next apocalypse (which may be in 2038 or you can take your pick from this list).

I feel kind of sad for the end of the world dates as they seem to get too overshadowed by public holiday to get any kind of proper turn out.  People were too busy celebrating the new year in 2000 to really get into the Millenium bug apocalypse and the Mayan calander end of the world probably never happened because people had to get their Christmas shopping done. 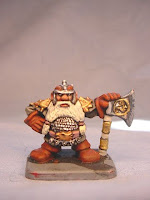 So, since we are all in one piece, I will present what seems to be the most common sense view from Anvil, the dwarf in Dave Morris's Heroquest novella in The Fellowship of Four.  He has good reason to be skeptical, but since this is Heroquest and he's a dwarf who is talking to a wizard, an elf and a barbarian, you can probably guess that he'll join up with them later.

‘Wait,’ says the sorcerer, ‘aren’t you going to help us?’

‘Help you with what, laddie?’ I say as I wipe my axe and hammer clean with handfuls of snow.

‘Help us with our quest to save the world.  Help us to fight evil.’
'Save the world is it?  Fight evil, eh?  Oh ho.  well the thing is, lad, saving the world always seemed to me to be in the category of Things that really Express the Futility of It All.  You know, no matter how much you do, it's never over with...like washing up.' 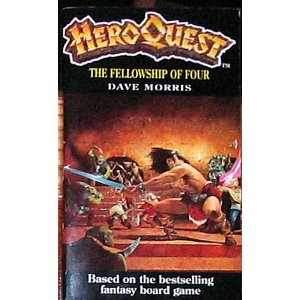 'That's up the them, isn't it?  Me, I eat straight out of the cooking pot and that saves all the bother.'

'No, lad,' I say, speaking slower now I realize he's an imbecile. 'Of washing up.'  I stroke my beard, thinking I'd better give him the benefit of my wisdom. 'now listen, I've seen more of the world than you have...'

'All right, fine...' (it's a good point; I give him that)'...so you probably have seen more of the world than me.  OK.  but the bits I have seen, I've seen for longer.  And in all my years, do you know how often I've heard this spiel about how the world is going to end?  Pretty damned often, I can tell you.  And what happened?  Well, Take a look around; it's still here.'

Looking forward to seeing you here next week!  In the mean time, I've got to go and do some washing up.
Posted by Stuart Lloyd at 12:01 AM