Why 2012 was the year of the gamebook 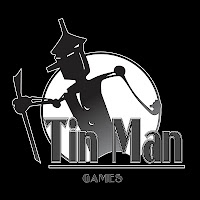 Back in January, Tin Man Games published a post entitled 'Why will 2012 be "The year of the gamebook"?  Here's why...'

Let's have a look back on this post and see what has happened this year.

1)  Gamebook Adventures is coming to Android

Yes it did!  It also came to PC and Mac via Desura.  Nice work on expanding the market there!

This wonderful milestone brought us Blood of the Zombies, a talk from Steve Jackson and Ian Livingstone at Dragonmeet , it almost bought us a documentary and it may bring us a book on the history of Fighting Fantasy by Jonathan Green.  Thanks to Fighting Fantasy's 30th anniversary, I met both Steve and Ian (twice) this year :).

Yes!  Tin Man Games released a Judge Dredd gamebook and they are planning on releasing another one next year :).

4)  The rise of the gamebook blogs.

I was very flattered to be mentioned in this post.  I've not been able to give Lone Tiger as much love as I would like but there are plenty more gamebook blogs out there to enjoy.  Just have a look at The Gamebook Feed to see what's out there.

6)  Gamebooks on other digital platforms.

Oh yes.  Keep an eye out for the projects mentioned in the Tin Man's post.

I'm looking forward to this one...

I love the hard work that Alex has put into the Fanzine.  It is a hub of gamebook love and I look forward to more editions.  Look out for some contributions by yours truly too.

TMG released Vampire Boyfriends this year, probably as an antidote to the bromide of the Twilight series.

Other stuff that happened included Frankenstein by Dave Morris being released and Fabled Lands 5 and 6 being republished.

What about next year?

It seems that Dave and Jamie have big plans for 2013 as does Tin Man Games.  Shane Garvey has also made a gamebook RPG system which I was honored to help with which will involve lots of gamebooks and that is just the tip of the iceberg.  Here's to 2013!
Posted by Stuart Lloyd at 12:00 AM