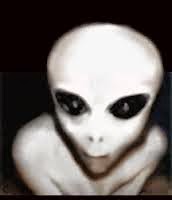 A character with the Greyblood talent is capable of sensing greys in the near area (they start to feel very uneasy and a bit scared). They can also communicate telepathically with the Greys and use magical items that only Greys can use. However, they are susceptible to mind control from Greys and must have a -4 penalty on any attempt to test for luck in order to resist a spell or magical effect from a Grey.
Posted by Stuart Lloyd at 8:46 PM