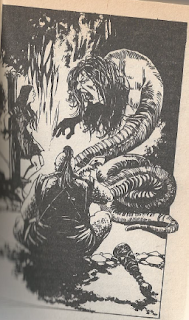 Hello world!  Sorry for the big delay between posts.  I've been stockpiling posts on my other blog so that I can focus on actually writing gamebooks (such as for this great Android game and the Adventurer system) but then actual things started happening in the gamebook world and so I'm writing posts about current events all the time (awesome)!

Anyway, I loved Avenger!  so much and I'm a sucker for titles with exclamation points, so I decided to continue the Way of the Tiger series and move onto Assassin!

In our last installment, I have just killed three of the most powerful villains on Orb in a guard and monster filled castle and obtained the scrolls of Kettsuin.  My god Kwon has appeared before me and granted me an extra skill (thanks, Kwon!) and I begin Assassin in the keep with a horde of guards crashing up the stairs to do very nasty things to me (you could have given me a lift home, Kwon!) and there's no rebel bird men here to fly me home, so I guess I'll just have to get myself out of this mess.

Oh well.  The gods work in mysterious ways.  On with the review! 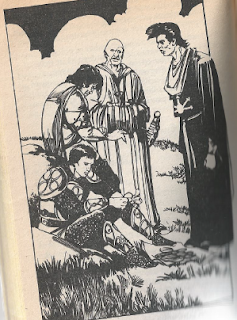 We're still in Orb (plus) and we get to explore even more of it (bigger plus).  This installment lets you explore even more than the last one as this time, there are no incorrect routes to take.  You can go through the goblin infested mountains, the sea full of sea elves of a nearby city infested with monks of the Scarlet Mantis.  You carry on to many more wondrous places but its also the people you meet that really stand out.

I especially loved the group of adventurers who you help against an undead monster.  They have a wizard with them who messes the battle up with the wrong spell then gets befuddled about what to do.  I'm sure that kind of thing happens all the time.

I also got to face three of the biggest villains in Orb who had managed to kill me many a time in my first gamebook, Tyutchev, Cassandra and Thaum.  In an epic battle, I managed to blast Thaum with a magic ring in revenge for all of his imaginary ogres, fireballs and blinding lights and give my best against Tyutchev and Cassandra.

And this is where are start using the word awesome a lot again.

I thought killing these three super villains was about as awesome as it can get, but once again, I could not deal the killing blow because the battle was interrupted by none other than the son of the god Nil.  The three scoundrels fled and left me to face the son of a god.  I managed to defeat him and collect some more blood of Nil, which was useful because I had used my last dose to kill Honoric. 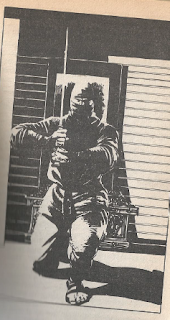 I thought that I had reached the finale of the book.  After all, where could Mark and Jamie go from there? But it was not so.  I wasn't even half way through and I had already escpaed from my enemy's castle, killed a goblin king who owns a dancing sword, fought an undead spirit, three powerful servants of Arnachil, god of Chaos and a son of Nil, god of the Void.  OMG.

Afterwards, I fought an O Bakemono and an ogre, narrowly avoided a facehugger and then died to a rival ninja.

The plot regarding your father is left a little aside until the very end, but you will be so busy desperately fighting the evils of Orb, you won't have time to think about it until then.

So there's even more awesome in this book than there was in the last one, if that is possible. 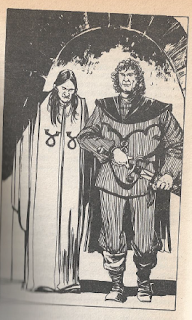 Once again, I love the illustrations, especially the one of the ninja of the way of the Scorpion.  It is also nice to see more pictures of Tyutchec, Cassandra and Thaum up to their old tricks.

The book loses out on gameplay a little bit.  I might be being fussy in order to give another huge score out again but I died to the rival ninja because I didn't have the right skills.  There was no way that I could have survived this book, which was a slight annoyance.

On the plus side, feign death and immunity to poisons have a lot more uses than in the first book, redressing the balance within the skills.

The book also provides you with plenty of options and gives you places to explore so this book is in no way linear.  It is very convergent. 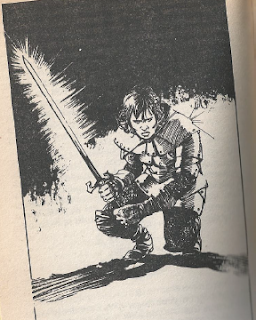 Once again, the exposition is brilliant.  Smith and Thompson's love of the world of Orb really shines through.  I hear that they created this world when playing DnD so they already had a lot of detail to fit in.  I'm glad that they wrote gamebooks to share this world with us.  In this book, you see the more dangerous side of Orb as you have to avoid civilised areas and lie low in the wilderness.  You see that while humanity is enjoying its cities, there are creatures living in the mountains and under the sea, all with their own lives and cultures.  Brilliant.

I don't think I had a good enough appreciation of the rules when I played the first book.  There are plenty of decisions that you can make in combat, such as blocking, throwing or using inner force which are not just nice add ons that you can do when you get bored with punching and kicking.  Rather they are essential to your survival in this book.  Every opponent has been well thought out and you must think about which stratefy you need to approach them with.  This has been thought through very carefully as there is a time and a place to use all of these approaches but you need to think about the circumstances in combat.  For example, you may have to use inner force or you may have to throw an opponent before trying to hit them  I loved the rules before, but I love them even more now. 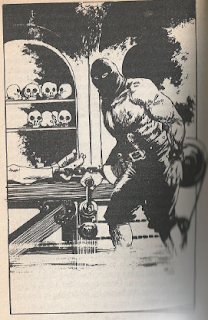