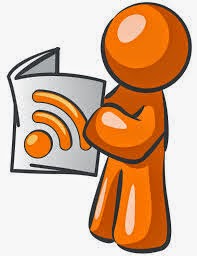 Hello, gamebookers!  I'm just writing to tell you that I have changed the Gamebook Feed and that it
is new and improved.  I'm particularly proud of the blog now.

It used to be a collection of gadgets where each blog had a feed.  The trouble with that was that it was too busy and blogs that didn't update were taking up space.  However, after some searching and tinkering, I found a new way, where I just have a Feedly list of gamebook blogs and sites and every time a site on that list posts something, it will also appear as a post on the gamebook feed with a hyperlink.  No business, no fuss, and if one of the sites disappears, it won't make a mess.  If you want to see the list of sites I have used, I have it in Excel form and OPML (Feedly file) here.  I will try to keep it up to date.

There is also a list of websites that do not have an RSS feed and so won't work on Feedly.  I have found a website to RSS converter (there are several - just Google them), but I have no idea whether they will work if I stick the URLs into Feedly yet - if there's any social media whizzes who know the answer, I would be grateful if you could tell me.

I'm also going to tell you how I did it in case anyone wants to create a similar sort of feed for other topics.  Enjoy it!

So how does this feed work?

Well, first of all, I needed to know which blogs and websites I needed to add to the feed.  I then signed up to Feedly and added all of those websites to one Feedly group. 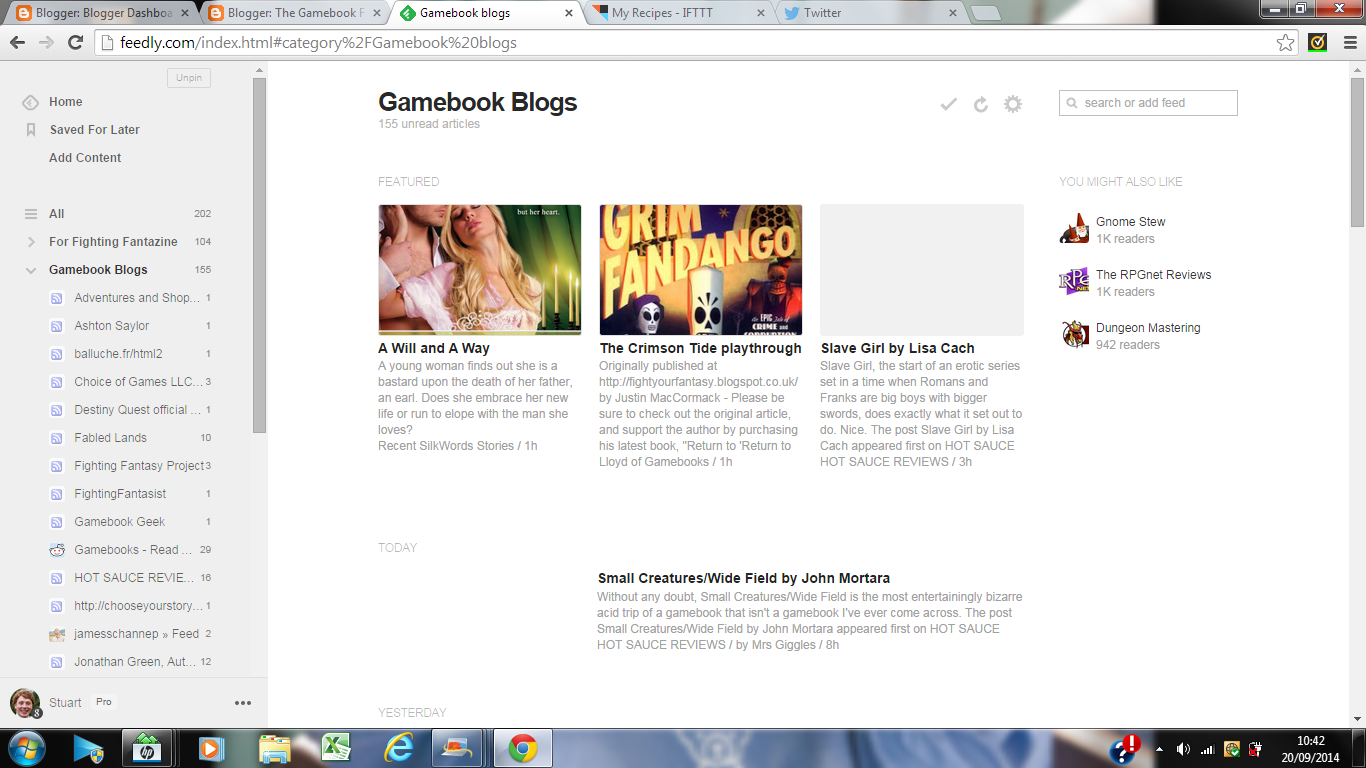 Then I signed up to If This Then That.  I clicked on Create a recipe and then the big this.

I then had a massive list of apps and websites.  I found Feedly and clicked on it. 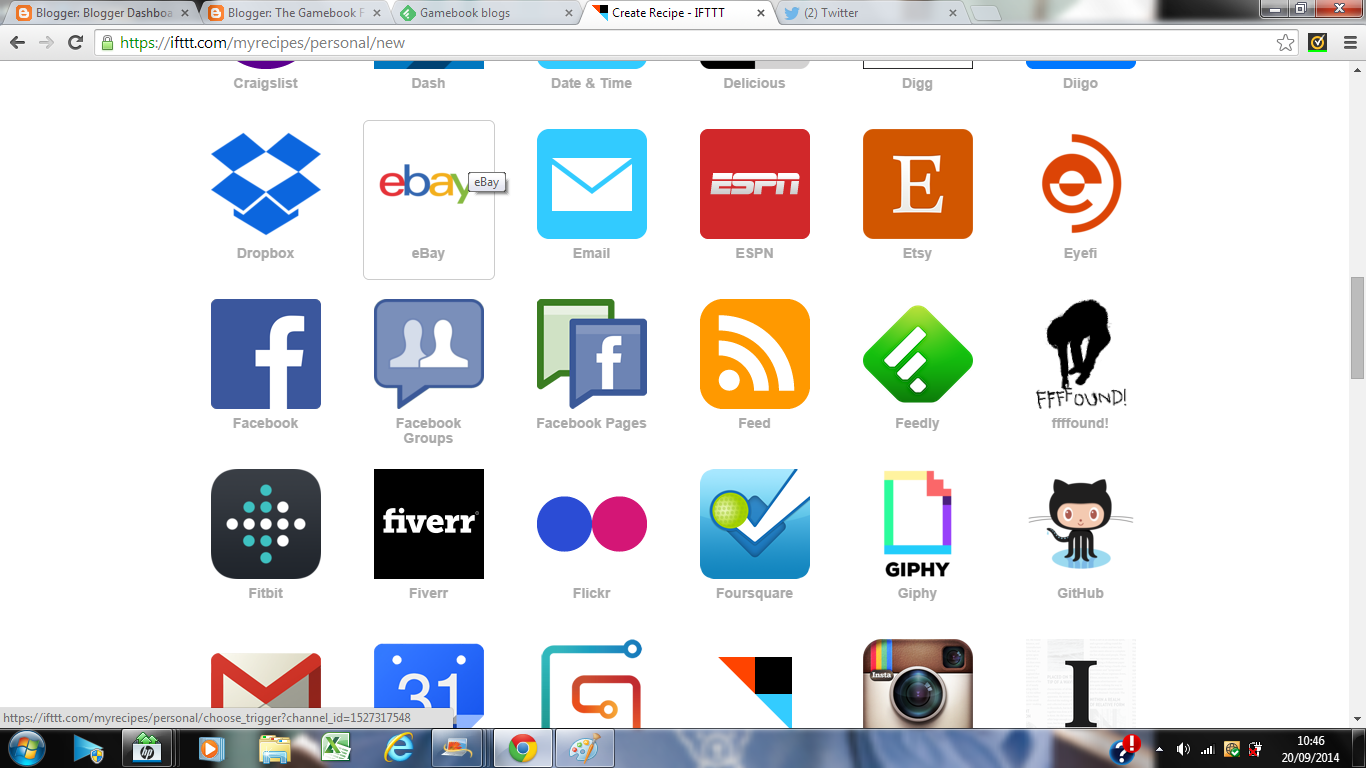 I then chose "New article from category" and then chose the Gamebook Blogs category on the dropbox.

I then clicked the large that and chose blogger as my "that" action. 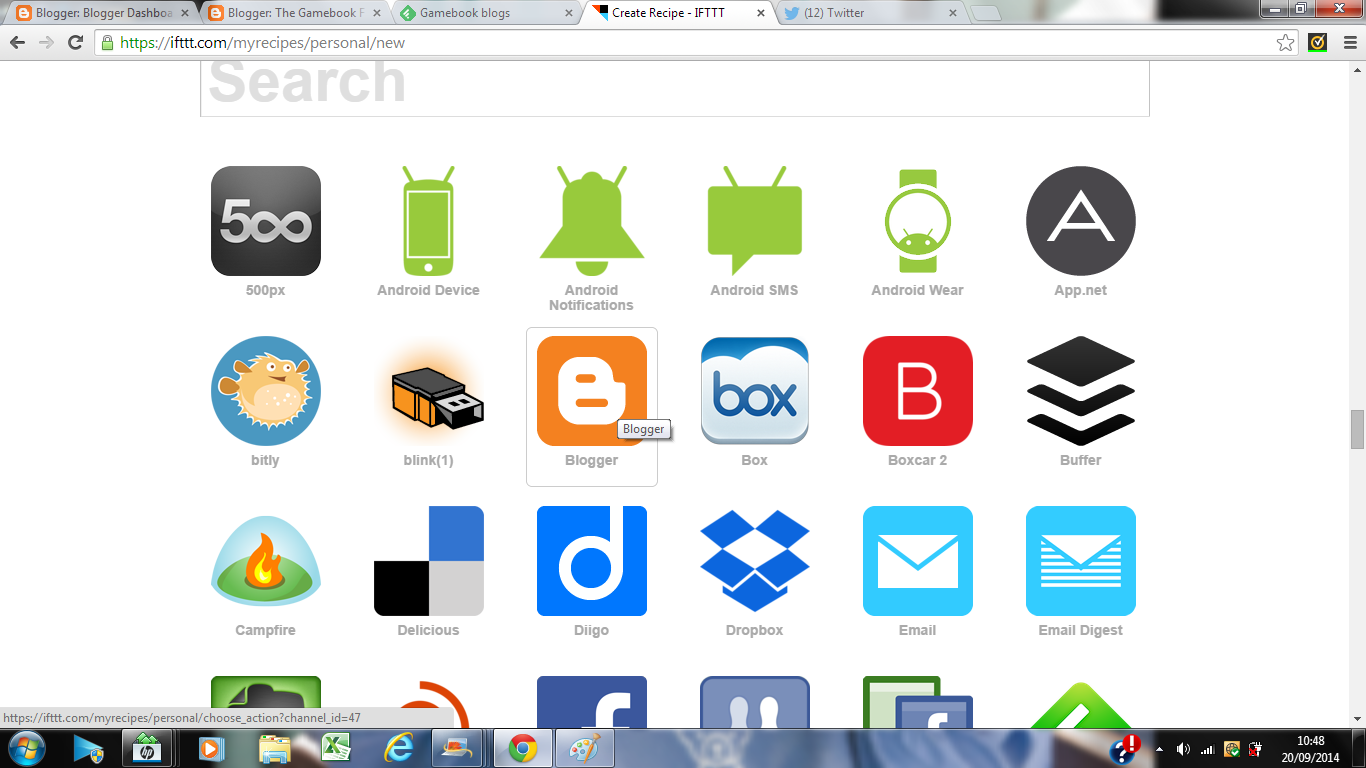 I then got this page: 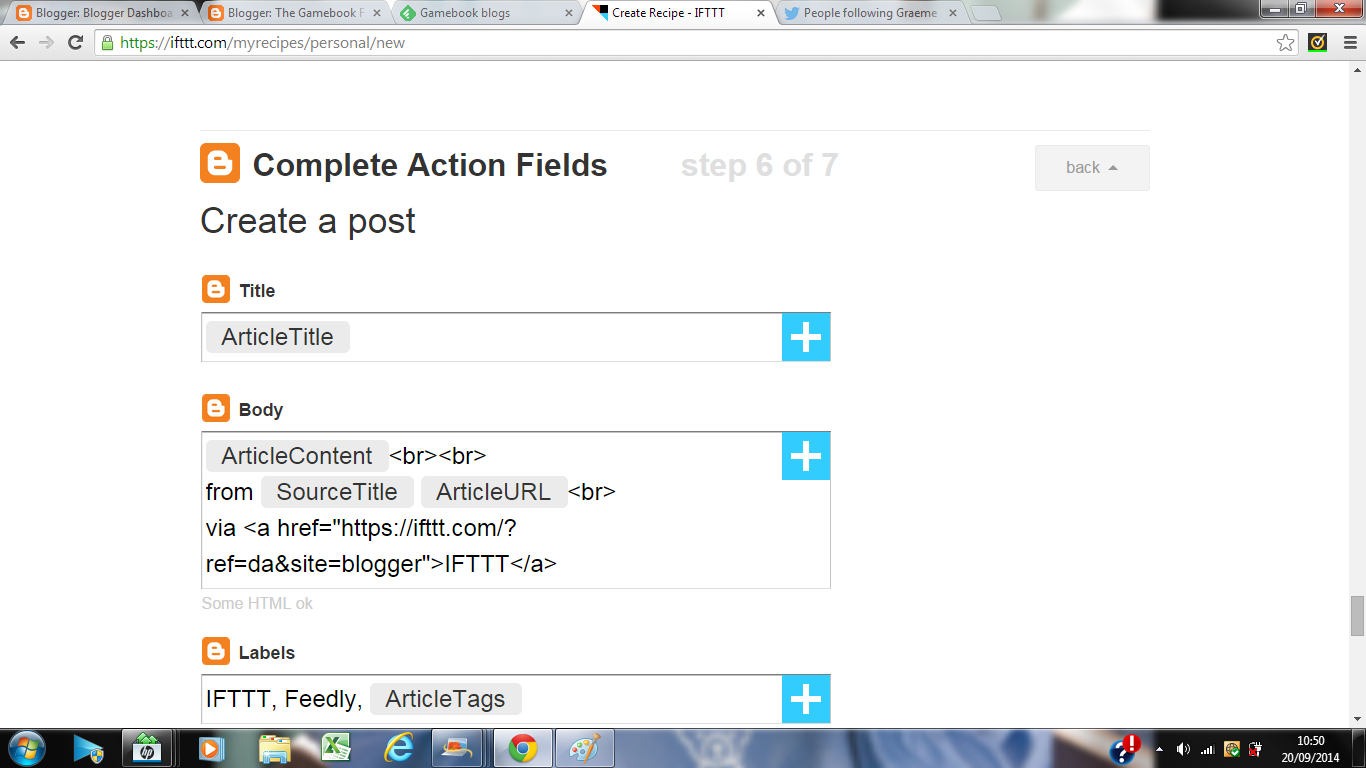 Almost done!  Myself and some other people really wanted the link to the pages hyperlinked rather than be a copy and paste job (the script I was given at first did not hyperlink the link), so after some tinkering, I managed to get it to work with this script: 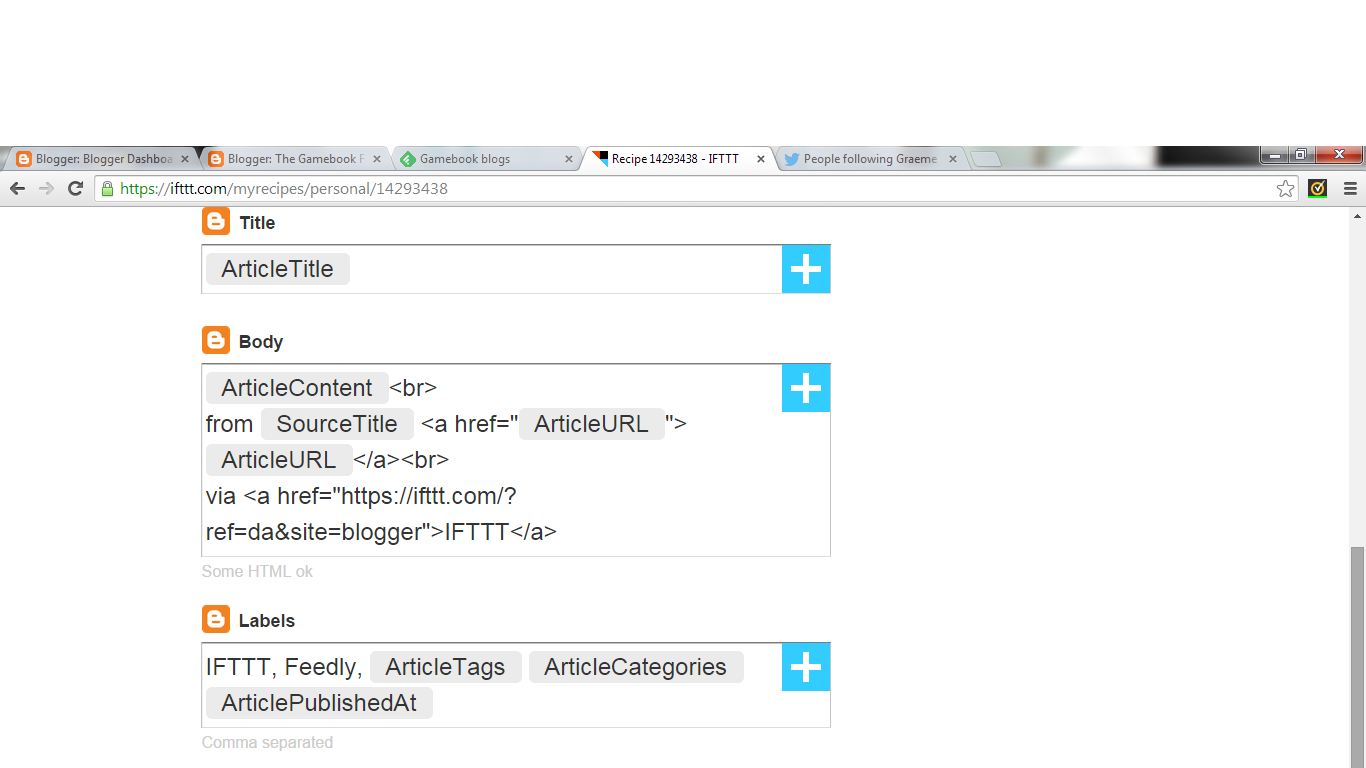 Where it originally said Article URL, I put on the left ,<a href="{{ArticleURL}}"> and to the right of it, I wrote </a>, turning it into hyperlink.  I also experimented with more and fewer <br> (breaks), but that is just window dressing.

And there you have it. I'm writing this because it took me about 4 hours looking for websites to help (I eventually got Feedly from Charlie Feming on Twitter.  Thanks Charlie), finding the websites to add to the feed (which you won't have to do if you want the same feed, because you can just upload this OPML file of my feed) and then work out how to hyperlink the links.  So, if you want to do something similar, it will take you a lot less time.

So there we go.  One lesson I have learnt is that if you have a bit of time to search and/or talk to your online network, anything is possible.

Happy gamebooking!
Posted by Stuart Lloyd at 7:00 AM

Email ThisBlogThis!Share to TwitterShare to FacebookShare to Pinterest
Labels: links