What probability of success makes it worth rolling dice (and how many dice should I use for Cymerian?) 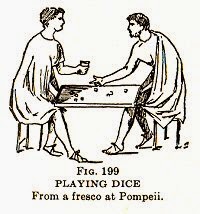 Hello gamebookers!  This is a post about skill tests and dice rolling.  Having a random element is adds some tension to books and allows the thrill of not knowing exactly what is happening.  After asking whether Cymerian should be diceless or not, the overwhelming answer was to have dice, and I agree with it.  I will be using dice.

This leads on to Cymerian.  The ability tests in Cymerian involve involve rolling 4 dice to get equal to or above a number.  If you have points in the relevant ability, you can reroll a number of dice equal to that ability score.  The reason I did rerolls instead of increasing skills is that I intend to release a lot of Cymerian books that I want to be a challenge for characters of all levels of experience.  Having rerolls means that all tests would fall in the range of 4-24, meaning that no matter how good or bad you are, you still have a chance for success.

I did not want a situation like Fabled Lands where a level 1 character could not explore the lands of
the Rising Sun because all of the tests and opponents were way above anything they could do.  Similarly, a level 6 character would just steamroll straight over any challenge set them in the War torn Kingdom.  This is because of the system.  In Fabled Lands, when a test is performed, you roll 2d6 and add it to the relevant skill to get over the difficulty of the test.

As characters get better, their scores increase.  Having a roguery of 6 might be good in book 1 where you have to beat tests with a difficulty of 9-12, but it might be rubbish in book 6, where the difficulties are usually from 14-16.  Also, in some cases, some tests will become impossible.  Also, charactesr who start in book 6 have their highest ability score at 8.  If they head over to book 1, success is certain, taking away the tension.

Tunnels and Trolls solos have the same problem.  They are only appropriate for delvers of a particular level and sometimes they cannot use the magic spells that they may have.

Which is why I went for rerolls instead of getting a higher number.  A difficulty of 17 with 4d6 might be hard, but it is possible for everyone whether they have 0 rerolls or 3.

So rerolls it is then.  However, I was fiddling around on Anydice, and I realised that 4d6 might not be perfect for this system.  So, I was wondering how many dice would be best with this system.  I have an idea, but I want to ask you, my wonderful readers.  So, I will show you the probability distributions for 1d6-6d6 with the good and bad points of each one.

1d6 does have a good distribution, but I would be worried at lack of 'wiggle room' for difficulties.  My minimum difficulty would be 3, but I might not be able to find enough difficulties from 3-6.

More wiggle room, but maybe 3d6 is too many to roll with one roll?

4d6 allows for more wiggle room and also makes it possible to have items give rerolls.

Using these distributions, I could introduce rules so that items could give rerolls on top of abilites (which I would have to do as abilities will have a lot less effect, the more dice they have).  So this would introduce more complexity to the game, and maybe it would reduce tension as 1 dice reroll has less of an effect.

so basically, the more dice the less effect increasing difficulty has and the less effect 1 reroll has.  Where do you think is the sweet spot?  I have an idea, but I'm not going to say.

Email ThisBlogThis!Share to TwitterShare to FacebookShare to Pinterest
Labels: Cymerian