Necklace of Skulls was first published as a part of the Virtual Reality Adventure series in 1993, and has lately been given new life as a smartphone/tablet application by Cubus Games. Dave Morris recently mentioned that he began writing Necklace of Skulls shortly after a visit to Central America. And, man alive, it shows. In this story, you take the part of Evening Star, whose journey across the world to save his twin brother is a trip through Mayan legend, and even through the fearful, dark parts of the Mesoamerican psyche that give birth to such legends. 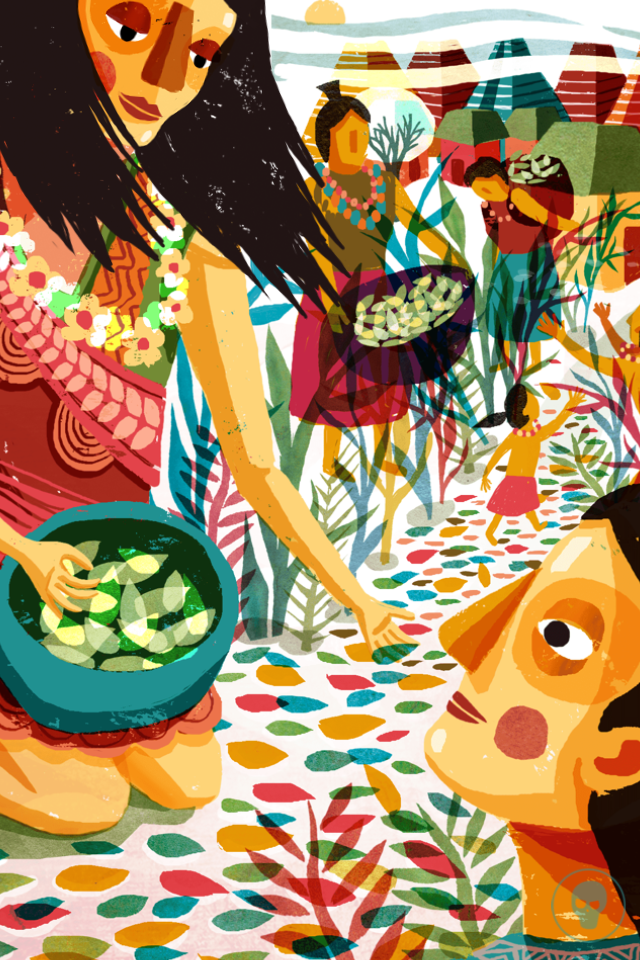 In short, it's an extremely distinctive, evocative story. You won't find any battleaxe-wielding dwarves here. And what Cubus Games have done right is to precisely match the tone of the app to the atmosphere of that story. Visually, the artwork and overall feel here have their roots in the contemporary art of the period, and so the blend of story and artwork comes across as wholly natural. The app's sound effects are apt, as well. Sound is something I'll rarely pay much attention to in an IF app - incessant bleeping or sword-swishing noises usually just get on my nerves. But Cubus have done a great job here in terms of ambient sounds, and with the dull drum beats or tambourine rattles that greet you whenever you tap options or commands. It all adds to the story experience, and that's a tricky thing to pull off.

(Evoking a certain ambiance is really a strong point for Cubus, in fact. The same was true for their previous apps The Sinister Fairground and Heavy Metal Thunder.) 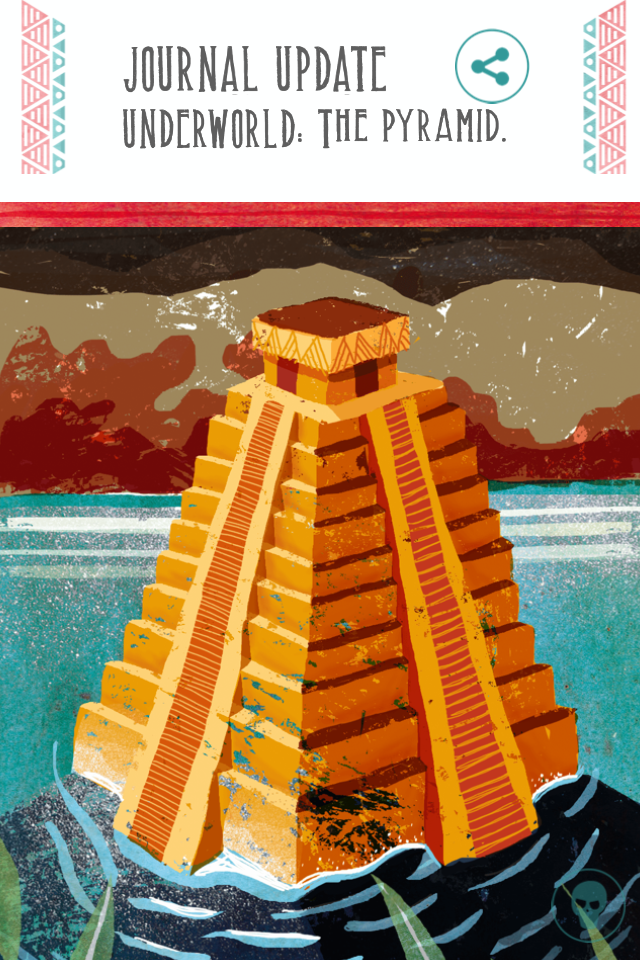 We have a strategic, diceless combat system, here. Each round, you get to choose three actions - attacking, defending or resting. If you attack when your opponent is defending, he'll take very little damage. If your opponent attacks while you're resting, he'll gut you pretty quickly. If you try to attack-attack-attack, you'll get tired out pretty quickly. Anticipating your opponents' strategies is a little tricky, but you get the hang of it soon enough. There isn't an excessive amount of combat, either. My first playthrough, I only fought two opponents. 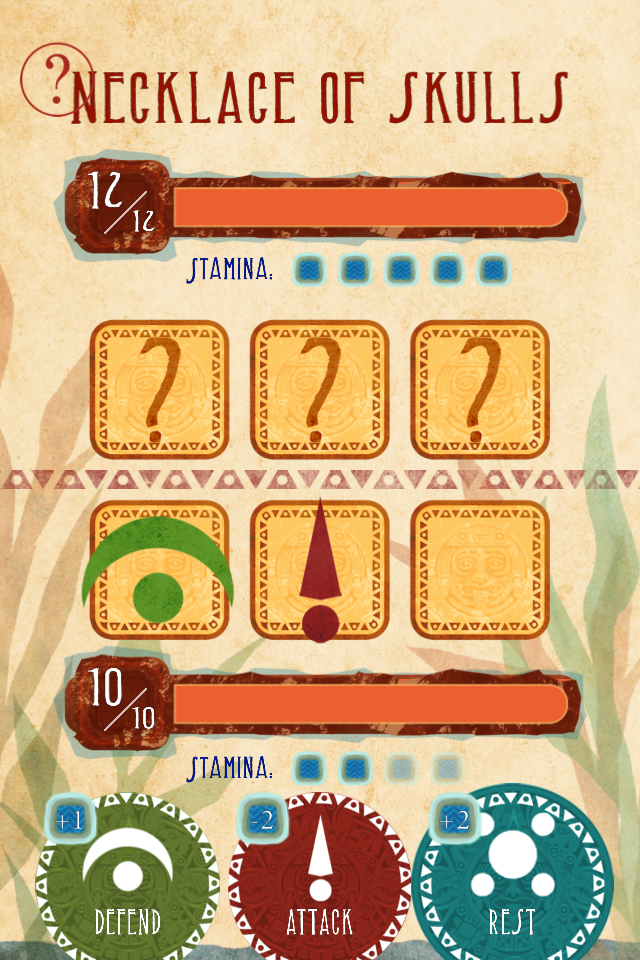 Any real criticisms? Considering the app by itself, no. It's a solid contender against the other gamebooks-as-apps that are out there just now. Comparing this app version of Necklace of Skulls to the dead-tree gamebook of yesteryear, however, I see the app is a bit less flexible in allowing you to choose or create your character (maybe I want the AGILITY and SPELLS skills, dammit!). This is, I suspect, a choice on the part of Cubus to prune out any rules-lawyering, and to present this app as a streamlined, 'one-tap-does-all' experience. And that's no bad thing - frankly, if interactive fiction is to make any headway as a mainstream medium, I think that's the right way to go. 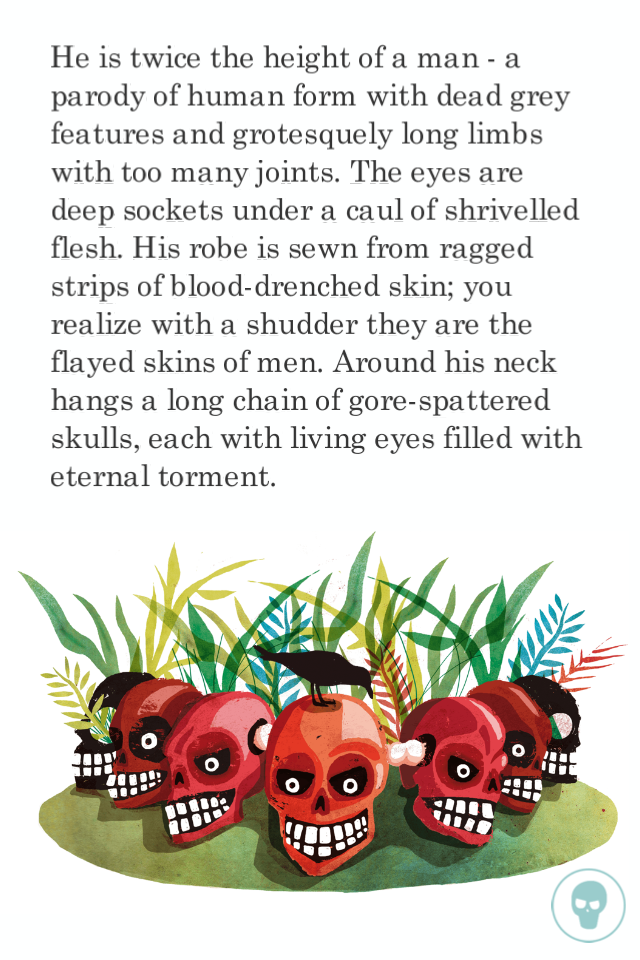 So, another strong entry from Cubus Games. Now I start counting the weeks and days until their next app, the sci-fi Sol Invictus...