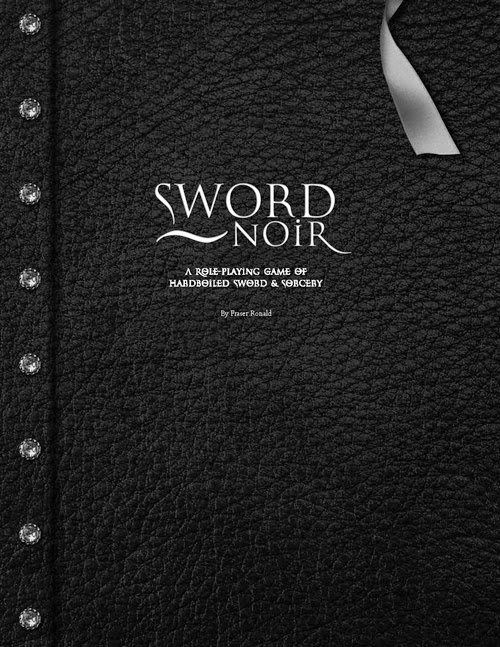 I like Sword Noir - it is a combination of sword and sorcery and film noir (hence the name).  It is a system
where characters are good at what they do, but they cannot do everything and they do not become super human like high level DnD characters.  Characters have attributes and the game makes tests against them.  A character's background, faculties and flaws gives bonuses and penalties to those tests.  All characters must have a background, some faculties and a flaw.  They can choose what these are and call them what they like, allowing some extra individuality to to characters.

Magic is present, but it carries a huge cost and will almost lead to madness and demonic possession (PCs might end up being NPCs).  This all fits in with the setting creed, which is broken down and explained in detail to show how Sword Noir adventures should work.  It shows that the system and setting of an adventure can be entwined to enhance the whole experience.  Magic is not just a set of tools, but something dangerous and corrupting, in keeping with the nihilistic nature of this world.  Characters are not ultra competent at everything, increasing the sense of danger.

You can buy Sword Noir as a pdf or a soft cover book from RPG Now.
Posted by Stuart Lloyd at 3:31 PM