April A to Z - K is for Kickstarter campaigns

Crowdfunding seems to have really taken off in the last year and gamebooks have not been left behind by the
trend.  Here is a list of all the gamebook projects that I have found/funded/been part of on Kickstarter and Indiegogo.  These are all great projects so make sure you buy them when they come out.

Trial of the Clone

This is a gamebook by Zach Weiner, cartoonist at Saturday Morning Breakfast Cerial who managed to get a huge amount of funding for it.  You are now able to get a copy from Amazon and there is also an Audio version read by Wil Wheaton which will be ready in app form thanks to Tin Man Games.

YOU ARE THE HERO

Jonathon Green  has managed to raise the money he needed to write this comprehensive history of Fighting Fantasy. Now that it is funded, Jon is well underway with writing it.  I'm looking forward to this one.  Jon Green is also planning to write a gamebook based on Beowulf which may get a kickstarter in the future.

This was a planned documentary on the story of Fighting Fantasy.  Unfortunately, it did not get its funding, but Sean Riley, its creator has not given up.  He is gathering fans to register their interest for seeing this project succeed in the future.

This is a gamebook project that I discovered after the closing date.  It is by Edward Packard and looks absolutely gorgeous.  You can buy it from the website here. 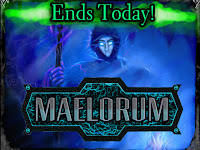 This is an awesome gamebook with beautiful  art which has three stories and planty of stuff to do.  You can buy a physical book from here.

This is a scifi gamebook which has been successfully funded and is due out next year.  Keep you eyes peeled!

A wonderful gamebook by Paul Gresty, set in 1930s New York where you are the head of the agency.  Spooky goings on and trickery are abound in this book with wonderful art.  The Arcana Agency page is here and you can buy a hardback copy for $40 if you email contact@megara-entertainment.com.  A PDF copy will be out soon.

Now this is one that I am involved with.  This is the brainchild of Attic Squad Games  which teamed up with Jon Green to write Warlock's Bounty.  The premise is excellent.  It is a gamebook but combat is resolved in the form of a collectable which is awesome.  Ashton and I are working on Goblin's Bounty and it will be released despite not making the kickstarter so keep your eyes peeled and in the mean time, have a go at Warlock's Bounty.