April A to Z - P is for Paul Gresty 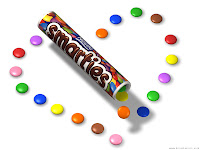 Paul Gresty is an excellent author and gamebook writer who has kindly agreed take part in the April A to Z.  You can find his blog here and buy his latest gamebook - Arcana Agency here.

When I first began begging Stuart Lloyd to take part in his April A to Z of blogging, the man wasn't keen. 'Who the hell are you?' he said, and 'Why should I care?' and 'Your eyes are too close together'.

At last, I bought him a giant-sized tube of Smarties, and he agreed to give me a shot.

'But I can't be bothered thinking of any questions for you,' he told me. 'Just write up any old tat, and I'll put it on my blog.'

And yet 'any old tat' was far from what I had in mind. I was a big fan of Stuart's blog, and I was determined to give him some good material. And so I took the brave decision to interview myself. I invited myself to London's swankiest restaurant, The Ivy, determined to give Paul Gresty (me) the most gruelling, probing interview of his (my) career to date.

Paul: You're an awesome guy, Paul. How do you get your beard to look so cool?

Paul: A lot of people ask me that. Actually, my beard is still a work in progress. I trim it with my electric clippers every nine or ten days - but every time I do, it's still a little short for my liking. I'll find the right set of clippers one day, I'm sure (chuckles).

Paul: No, not at all. You've been woefully misinformed. In fact, I didn't even place in the top three prizewinners. It's a shame, really - I rather liked that story. I think I'm not finished with Ookle quite yet.

Paul: Wow, that's embarrassing. How did you feel about that failure? Humiliated?

Paul: (shrugs) You know, when you're putting work out into the public sphere like that, you have to be prepared to face a little rejection. You learn to get over these things. There's a lovely boating lake near my home in Paris, so I went for a walk round the lake, and I kicked a duck, and then I felt much better.

Paul: Your first gamebook, 'Arcana Agency: the Thief of Memories' was published recently. Can you tell us about that?

Paul: Sure. It's a supernatural detective story set in New York in the 1930s. It's written in the third person, which is somewhat rare for gamebooks - but that allows you a little more narrative trickery, such as moving the focus to different characters, 'cutting away' from the action for a few moments, things like that. It was originally planned as an iOS app, to be the sequel to the Arcana Agency app published by Megara Entertainment in 2009. Megara has a lot of talented writers, but the advantage I bring to the table is that I'm very, very cheap. So I got the job. During the development of the app, we saw that there had been some notable gamebook successes crowdfunded by Kickstarter, and it struck us as a good medium to get the attention of the more grown-up gamebook fan base.

Paul: I recently saw your promo video for that Kickstarter bid. You looked somewhat ill at ease.

Paul: (laughs) That's right. I wanted to seem spontaneous, so I did about forty semi-improvised takes of that video. I still wasn't happy with the final cut. I've only managed to watch it back once.

Paul: No really, you looked a total ass. You know those X Factor auditionees who go mental and start screaming at the judges? That's how much onscreen charisma you had. If I'd put something like that online I'd probably just go ahead and blow my brains out.

Paul: Jesus, tone it down, will you?

Paul: Okay. I was just kidding anyway. So, what are you working on now?

Paul: I'm glad you asked that, as I rarely have a chance to promote myself. Just now, I'm just finishing off an app for Choice of Games, called 'The ORPHEUS Ruse'. That's an interactive novel where the player takes the role of a psychic infiltrator with the ability to inhabit the bodies of other people. Pending the final, final green light from the publisher, that'll be available in the near future.

Paul: Are you okay? You looked like you had a question.

Paul: No, sorry. I forgot what I was about to say. What were you talking about?

Paul: Right. After I hand over The ORPHEUS Ruse, I'm scheduled to start working on a gamebook for Greywood Publishing, 'The Gift of the Fog King'. That will use the Adventurer game mechanics created by Shane Garvey and the male man Stuart Lloyd. The concept there is of a 'solo role-playing game' - each Adventurer gamebook depends on the system's core rulebook; they can be played in any sequence, and they're balanced for a wide variety of power levels. I'm also part of the development team for Megara's Way of the Tiger RPG, based on the gamebooks of the same name. That should be available early next year. The game is going into beta playtesting right now, and it looks fantastic - though, of all the people working on it, I can probably take the least credit for that.

Paul: Yes, but I can't be bothered talking about that.

Paul: Fair enough. It's been a pleasure speaking with you, Paul, and it's refreshing to meet such a handsome visionary author who can nonetheless remain so grounded.

Paul: I've enjoyed it too. You had some insightful questions, there.

Paul: Maybe we can meet up again sometime.

Paul: No, but I don't mean as a work thing. Maybe we can get a drink together, just to hang out, you know?

And with that, Paul Gresty drank the last of his Fanta, and told me he had another appointment to attend. As I watched him walk away, I felt oddly unfulfilled. He was at once a man, a hero, a lover, a literary god, a middleweight boxing champion, and the greatest rock guitarist ever to come out of the northwest of England. I felt sure he would go on to do magnificent things.

Paul's gamebook, 'Arcana Agency: the Thief of Memories' will shortly be on sale on the website of Megara Entertainment, http://www.megara-entertainment.com/ .

A free mini-adventure, 'Arcana Agency: the Case of the Unghostly Ghost', is available in PDF format at: http://www.megara-entertainment.com/ArcanaAgencyFreePreview.pdf).

His award-losing story, 'Ookle of the Broken Finger' is also available in PDF format, at http://www.arborell.com/ookleofthebrokenfinger.pdf .