Hello all! Today, we have Scott Malthouse, writer of geekery, fan of Tunnels and Trolls and creator of Unbelievably Simple Roleplaying system.

You can support Scott on his Patreon page. 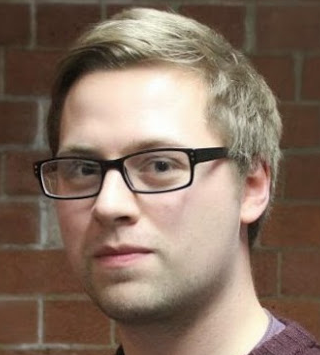 Tell us about USR and how it was conceived.

USR was my attempt to make a super easy set of roleplaying rules. I think for some people the rules involved in many games can be off-putting and in some cases slow down the game. I wanted to see if I could break a game down to its bare components while still making it work. It's meant to be flexible so that players can use it with any genre - from fantasy to Sci Fi.

How has USR evolved since you created it?

Last year I released USR 2.0 which adds and cleans up a couple of rules, but the biggest evolution came in Halberd Fantasy Roleplaying, which is a fantasy game built on the system. This adds magic and a setting akin to Discworld. The other evolution has been in the fan-created rules and materials, which I've been blown away by.

What advice would you offer someone who wants to create their own game system?

I feel like a bit of an imposter offering game design advice as there are people in a much better position that myself to do that, but I guess I'd say that if you have an idea then go ahead and do it. Get together a group of friends and test out your design and make sure you have an editor. But the main thing is just to experiment and get all your ideas down on paper.

What are the future developments for USR?

The main thing at the moment is the space opera ruleset I'm developing called Somnium Void. It's all based on a shared vision called the Somnium, that everyone in the galaxy experiences all at once and how the different communities and races react to it. Cults spring up worshiping the vision, empire scientists try to investigate why the vision happened, and some nefarious gangs attempt to stimulate the vision using illegal drugs.

How is Patreon working out for you?

Really good. Honestly I've been slow on the updates recently as unfortunately my day job has kept me quite busy, but it's great to have support from people who want to see my work come to fruition. I plan on being much more active in delivering material this year as I have a lot of plans.


Your blog contains a very eclectic mix of topics. What do you like writing about best?
I love writing about roleplaying games, especially setting ideas and helpful guides. I recently ran a poll on Google Plus about what people prefer to read about and ideas and guides came out on top by far, so I'll be focusing on these much more this year.

Check out his blog here and support Scott here.