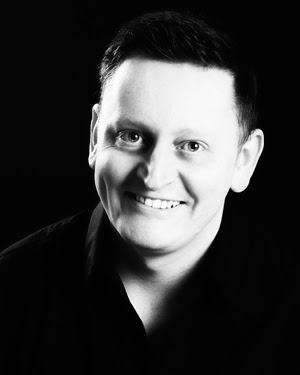 Hello wonderful gamebook lovers! Today, we have Michael J. Ward creator of the awesome Destiny Quest series. Michael had quite a journey between writing books one and three (spoiler: it involved writing book 2) and here, he talks about self publishing and finding a publisher.

The short answer – no-one wanted it! My agent at the time was taking the manuscript around a lot of children’s publishers (which, with hindsight, might not have been the best tactic). I got some great feedback on the book but the answer, time and time again, was that the gamebook genre was dead and it didn’t really fit with their ‘publishing lists’. In the end, I just simply refused out of stubbornness to assign another manuscript to the bin, especially as I felt I had something special and unique – so I took the brave step of self-publishing the book myself.

Do you have to pay a lot of money to self publish something?

Well, it is certainly not cheap, although I guess there are more options available now – more so than when I was self-publishing DestinyQuest. I was very keen to have physical copies of the book. I chose Matador as they also have their own book-selling team, which help to get your book on shelves. Having a physical stock does mean that you pay more upfront for the printing – but your book is more likely to be taken on by highstreet bookstores. Print-on-demand is another model, where the physical printing occurs when someone actually orders the book. This is cheaper, but when I was producing DestinyQuest I was turned off this idea as I had heard stories that the printing wasn’t as good quality – and print-on-demand books would often not show on bookstore databases (for the purposes of ordering – as they would always appear as ‘out of print’). Now, this was about six years ago, so I guess the industry has moved on there, so print-on-demand is probably a better choice, and eBooks are certainly a more viable model now, and cheap to set up. For me, I tend to be a traditionalist – and I like the physicality of ‘owning’ an actual book. My advice to anyone who is self-publishing is never pay more than you are willing to lose. There are no guarantees you will sell any books, so be prepared for that. 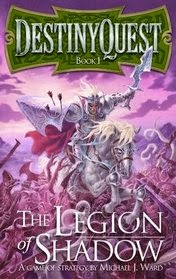 What kind of skills do you require to self publish a book?

Well, being a good writer is one of them, obviously! Passion is all well and good, but perfecting the craft takes a lot of time and practice. DestinyQuest was by no means the first book I had written, so I had experience to draw on when it came to the writing. If you lack that experience, then always have other people read your work. Iron out any problems and make sure it is as perfect as you can make it before even approaching a publisher. It is much harder to make large scale changes once the process has begun and your book is being typeset.

Being a good proofreader is always helpful. Most self-publishers will offer this service, although it can be costly. I proofread DestinyQuest myself, which was no easy task as it is always harder to scrutinize and pick up on errors in your own work. Again, an extra pair of eyes can help. If you lack experience in this area, then paying for a professional proofreader would be worth its weight in gold. There is nothing worse than getting your printed book and spotting a glaring error or two. They happen, but best to squash as many as you can.

Having a good idea of how you want to present your work is also important. When I produced DestinyQuest I wanted it to stand shoulder to shoulder with professionally produced trade paperbacks. Back in the day, self-published books did have (and still do, to some extent) a stigma of being ‘lesser works’ – and nothing says that more than a god-awful cover. Most self-publishers will offer book cover design services but I would honestly avoid these like the plague unless you want your book to have some ‘stock image’ slapped on it. Also, if a family member or relative (or even yourself) purports to be a fantastic illustrator, think long and hard about the quality of the artwork that will be produced. Depending on your book, I would always advise researching a good professional illustrator and getting them to provide the artwork. Most illustrators work digitally, so they could also do the type and other aspects of the cover design.

Presentation also feeds into the rest of the book – the paper quality, choice of font, size of font and so on. Look at the books you enjoy reading (or are in a similar genre) and use those as a template. Don’t try and reinvent the wheel – go with what is selling at the moment.

The final skill you’ll need is resilience. Self-publishing can be a long and drawn out process, particularly if you are doing your own proofing, managing the cover design, and overseeing the other aspects of your book’s production. I guess it’s possible to take a back-seat on many of those aspects, but this is your book and you want it to be the best that it can be, so sometimes it pays to be quite OCD about its production. Like any project, it can consume your life – but the end reward is worth it,

Did you have to do the publicity for the book yourself?

I used Matador for DestinyQuest who do provide some basic PR services. In the end, like with all books and publishers, the burden inevitably falls on the author to do as much as they can. I contacted book stores to arrange signings – I also set up my own DestinyQuest website to provide a hub of information for fans. Of course, social media is also a fantastic tool. If your book is aimed at a specific genre, then make contact with people who are interested in that area. They may be willing to mention your book or even review it. I also ran some paid advertising in magazines. That can be costly, but it really helps to raise the profile of your book. 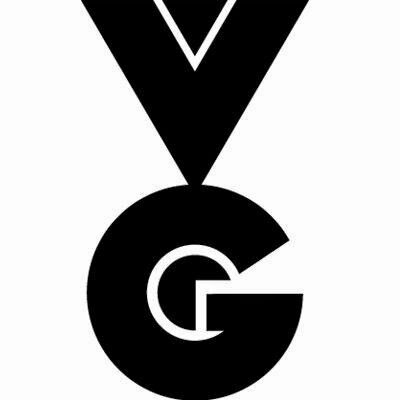 After your first book was a success, you got a publisher for later editions and later books. How did that arrangement come about?

I discovered that Gollancz was one of the few fantasy publishers that accepted unsolicited manuscripts (i.e. you don’t need to approach them via an agent). DestinyQuest was selling really well (I had sold out of my first print run and was just about to print a second), so I thought I had a strong case to pitch to a publisher. I put together a detailed proposal, which included my self-published book and a document that outlined my sales and my achievements to date. Basically I wasn’t just selling the book, but also myself as someone who was dedicated to seeing the success of my project. I was lucky I guess, and Gollancz liked what I had done.

What is the process of working with a publisher?

Once the contracts are out of the way (and that can be a long and drawn out process, and a little daunting if you don’t have an agent!), you set about writing your book. You submit your manuscript, which is then checked by your editor. You’ll then get it back with the editor’s comments. Often these will just highlight narrative elements that may need looking at (such as inconsistencies, or clarification on what is happening in a particular scene). Once the manuscript is submitted again, it is copy-edited, which is a more ruthless check of the manuscript for any issues – and during this stage, the text is tagged (so the typesetter knows what headings etc. are used). You then get the manuscript back again to approve any changes that were made. Finally, the manuscript goes to a proofer who does a final check, then onto the typesetter. I then get the typeset document to check before it goes to the printers – so that is the last stage you can make minor changes. So basically, there is a lot of back and forth, and yes you’ll be seeing and reading your manuscript a lot!

None of the above happens quickly. Sometimes it can be up to six months or more from submitting a manuscript to getting the copy-editor’s version. During this time, the publisher may have already started on the cover; another process which you can be involved in as much or as little as you like (for all of the DestinyQuest books I provided sketches of exactly what I wanted on my covers and worked closely with Dominic Harman on the final designs).

How long does it take to go from a complete manuscript to a published book?

It can take roughly a year – perhaps a little more. It will depend on your publisher’s schedule and where your book has been placed in that schedule. They seem to have certain months when they release, and often these can move around a bit (DQ3 was originally set to release at Christmas time but was pushed back to March the following year). You usually get your own copies of the book about two or three weeks before the official release.

What advice would you offer to someone who wants to self publish?

If you’re passionate about your book and believe it has an audience, then do it! Although, I would always advise self-publishing as the last resort. Try agents and publishers first. If your work is great, then it might find a home at a publishing house, who will do all the hard work for you (and you’ll get paid, rather than the other way round!). I know finding publishers isn’t easy, trust me (the Artist’s and Writer’s Yearbook is invaluable here, by the way) – but their feedback might be helpful in helping you to fine-tune your book further. And then, if all doors still appear closed, then go for self-publishing and prove them all wrong!

What are you working on at the moment?

I’m working on two book projects at the moment. The first is a thriller (written under the pen name M J Eaton). I’m about a third of the way through. It’s a very different book to anything I have written before, which is why it seems to be taking me twice as long(!). But I am very pleased with how it is shaping up. The second project is a book proposal for a stand-alone fantasy book. Fans of DestinyQuest will love the premise I am sure, so fingers-crossed that I can win approval for it. If that goes ahead, then that will become my focus for the rest of this year.