Hello all!  We have Jon Ingold today, from Inkle, the company behind Dave Morris's Frankenstein  and also the Sorcery! epic which Jon was not content to just convert from the book to an app, but rather add many many more new encounters, back story and game features to the app.  Inkle apps also feature some lovely

illustrations and maps.  Here is Jon...

Where did you get the ideas for expanding on Khare? 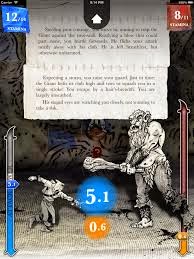 Everywhere we could! Most came out of the original novel; there are hints of lots of things going on there, particularly around the nobles and the gate. Lorag always struck me as a pretty interesting character: what's this wizard doing experimenting with strange magic? Why is he in this dreadful city?

Then there were other threads that grew out of Book 1. The hints of the Goblins rising were there, and so we played that out. We wanted to end some threads and open new ones into Book 3.

And finally - after we write the book, we send off our draft map to Mike Schley, who fills in a lot of incidental detail: and then we spend a while bringing that detail to life!

Is the Severn Serpents going to be even bigger?  If so, can you give a preview of what it will include?

It's hard to know if it'll be bigger since we're still working on it, but it's certainly going to be big. We're going to be letting the player explore even more freely than in Kharé; and we're modelling a lot of locations in different states and under different circumstances.

The whole series has a lot more storylines interwoven into it.  Are these threads going to come together in later apps?

Are we going to see any more interactive versions of classic stories (along the lines of Frankenstein)?

One rule: think like your reader. Too many gamebook writers - and game-makers - get so wrapped up in the story *they* want to tell that they forget that the person on the other side of the screen doesn't know what they're supposed to choose to get that story. So it's easy to make choices that look interesting - but that lead nowhere - or choices that look dull, because they weren't the ones you wanted to write.

The big secret for Sorcery! is that we don't put very much text on screen at any one time. People on apps can read plenty; but they don't read much in one go. So in apps you need to keep it snappy. 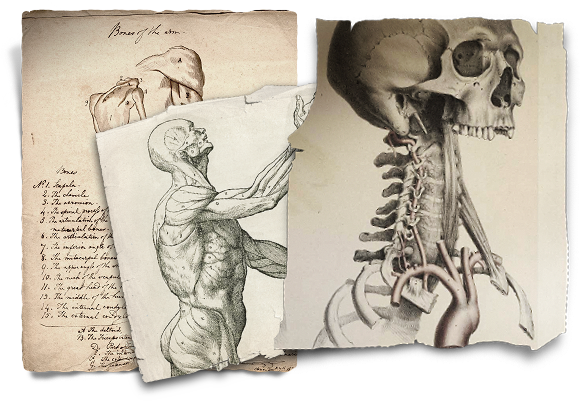 Probably the same as what spoils a novel or a play; lack of drama. I like gamebooks that have ups and downs, and tension and reveals, and drama and comedy. I love Dave Morris' Virtual Reality series; I love the Sorcery! books, along with Steve's other books.

Cunning! I loved Steve Jackson's books because they were always full of tricks, clues, and hidden layers. Crown Of Kings, and Creature of Havoc in particular. Otherwise, I enjoy the ones that are well-written. 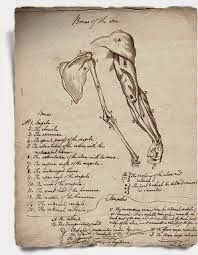 You know, I'd really like to see print gamebooks back on bookshop shelves. I'd like to write one! Maybe there's a tweak one could make to the way they're laid out, something to make them fun and easy to pick up and read. Maybe change the paragraph numbers into something else: maybe switch out stats for something simpler, I don't know. But that would be cool.