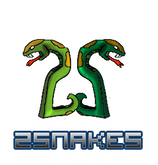 Good day to you all, gamebookers.  Today, we have a new gamebook app developer, David from 2Snakes Games who is here to talk about his latest two games The Secret of Comic Sans and Raiders of the Frozen Idol. In order to bring these games to more platforms, he is after some money through crowdfunding, but you'll get two great gamebook apps for the low low price of 5 euros!  So pledge and tell your friends to pledge too.

You can find the crowdfunding page here.

You can find the 2Snakes webpage here. 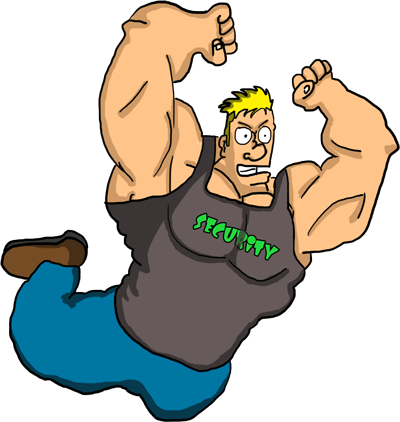 Tell us about yourself and 2Snakes Games.
My name is David Regordosa and I’m the co-founder of 2Snakes, an independent studio placed in Barcelona. We are a set of indie professionals who got together to create games for mobile devices and tablets (Android and Apple devices)

One of our members is from Sweden (Malmö), and another one is from Madrid, so our meetings are quite strange - we always need to use Skype!


What inspired you to write a gamebook?
A long time ago, I co-founded another start-up that released a pair of gamebooks for Android devices (Sant Jordi, The Forging of a Legend is one of them). I was the developer of these gamebooks, but not the writer. Due to my experience developing these gamebooks, I decided I wanted to write my own stories, because I thought not only I had good ideas to write but also the kind of stories I wanted to tell were quite different from the usual gamebook stories. Given I’m not a professional writer, I decided to enlist Laura Tomàs in the crew. She is an excellent writer and also a professional English translator, so she will be in charge of reviewing the text I wrote and make it a gamebook.

How did you come up with the idea of The Awesome Secret of Comic Sans?
The Awesome Secret of Comic Sans is a story I’ve always had in mind. A long time ago, I read somewhere in the Intenet about how bad it was to hand in documents using Comic Sans. They would catalogue Comic Sans as the worst typography in the whole world. After reading this, I started to daydream about the possibility that something mysterious and wicked could be behind the Comic Sans. I started to mull it over and I came up with Guy Brush’s story, a guy who loses his job because he sends a document to his boss using Comic Sans.
Desperate, Guy decides to do everything in his power to destroy Comic Sans. Right after he’s fired, he finds a mysterious hotdog stand and he’s offered a hotdog that gives off a weird greenish light. Guy takes a bite and is sent to the past, in 1959, right before the creator of Comic Sans is born. What Guy doesn’t know is that behind the Comic Sans lies a mysterious and terrible secret, something that will make his task even more difficult.
In this gamebook, you will find multiple influences of both the cinema and the television of the 80s, and in fact it’s kind of a tribute to the whole fantasy cinema my generation enjoyed when we were kids.

What platforms will The Awesome Secret of Comic Sans be released on?
It will be released for all kinds of Android devices and for Apple’s iPhone and iPad. 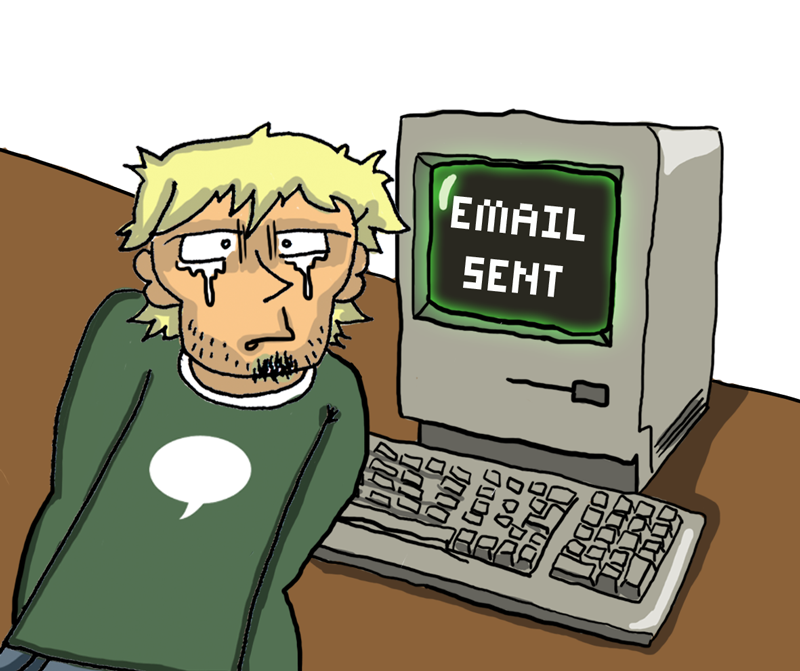 Tell us about your second book, Raiders of the Frozen Idol.  Where did you get the idea for that?
A few months ago, I read in the newspapers that Disney had bought and closed down LucasArts. LucasArts has for years created the best games on the planet:  Maniac Mansion, The course of Monkey Island, Day of the Tentacle, Indiana Jones and the Last Crusade, and a lot of Star Wars games!
I’ve always been a great fan of LucasArts’ graphic adventures and I found that news pretty devastating. So there I was, thinking for a few days how I could show up my discontent until one day I had a crazy idea based on the urban legend of Walt Disney being kept frozen for posterity. I thought it’d be great to defrost Walt, explain him the situation and make him help us prevent its company from closing down LucasArts.
So the plot for Raiders of the Frozen Idol, which is actually another adventure lead by Guy Brush, came up from that crazy idea.
The story starts with the announcement of the LucasArts closure which takes Guy to Disneyland, right beneath the Pirates of the Caribbean ride, where rumours say Walt Disney lies frozen. Under the ride, Guy discovers some underground caves full of mysterious characters apparently used by Disney as an inspiration to create his fictional universe.

What will your game system be like?
Our gamebooks don't use traditional dices to decide challenges, so you must really fight. We have a fight mode that allows the player to fight against the enemies as in arcade games, so the player needs to kick the opponent to win the fight.
We decided to change a few of the usual concepts of what makes a gamebook a gamebook, making it more dynamic and playable. For that reason, we decided to create a fight mode to determine the results of the fights.

Apart from fights, our gamebooks also have an item list. When you do something important or relevant, it will generate a item. These items can be objects that you find along the way, events that happen, people you meet, things you decide to do, etc. These items will determine the future of the story, so something you did in the beginning of the story can completely change its course.

Sometimes you'll see different possible options to choose from, but only some of them may be eligible to you. That's because it depends on the items you got in the previous pages of the story.

What spoils a gamebook for you?
The story. There are thousands of gamebooks out there, some with different gameplays, some with dices, some without dices, some simple ones, some more difficult to play… but what really matters is, in the end, that you get all hooked up with the story. If the plot is not good, the gamebook is not good, even if it’s full of fantastic graphics or gameplay.


What makes a gamebook stand out for you?
Again, the story. It’s true that at a first glace what attracts you the most of a gamebook is its design. Before actually reading a single word, the artistic quality of the gamebook should get your attention, but once you start reading, the story is the king.
I don’t think anybody remembers a certain gamebook for its gameplay; we remember the plot, the story that was being told. 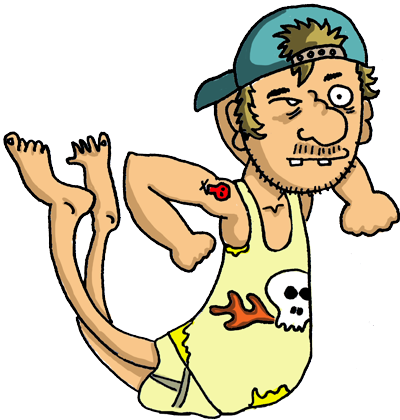 That would be managing and keeping under control all the possible plot threads. In our case, apart from the natural gamebook threads, we also have items. Every single page in our gamebooks may be different depending on the items you’ve got, so the choices available to you depend on the items you’ve got. That makes it quite hard not to lose control on the open threads.

What is the most exciting thing about writing a gamebook?
Since I was very young, I used to play traditional role-plays and I was also a great consumer of the old, paper editions of gamebooks. I used to have a great time reading those gamebooks, because it looked to me as if I was the one deciding the whole path of the adventure.
That is the same feeling I’d like to deliver to our readers: I want to fill up the gamebook with choices and fights so the reader doesn't feel he is being guided towards a chosen ending, but feeling free to choose his own. That's the key and that’s the most exciting thing about writing a gamebook.

What advice would you off to someone who thinks that they want to write their own gamebook?
First of all, I’d recommend writing down a story, without using the gamebook format. Just the plain story you’d like to tell, written down in a piece of paper.
And then, once the story is written, if you think it’s good enough, then it’s the moment to turn it into a gamebook.

What kind of things do you need to think about when you write a gamebook for an app?


In our case, we think that the main point for a gamebook app is its interactivity. Given that apps allow a greater interactivity than a paper book, we should really make the most of it and take gamebooks to the next level. We believe copying our old paper gamebooks into an app won’t do, we have to really improve the paper experience and give the user a complete journey using games, music, and a lot of interactivity. 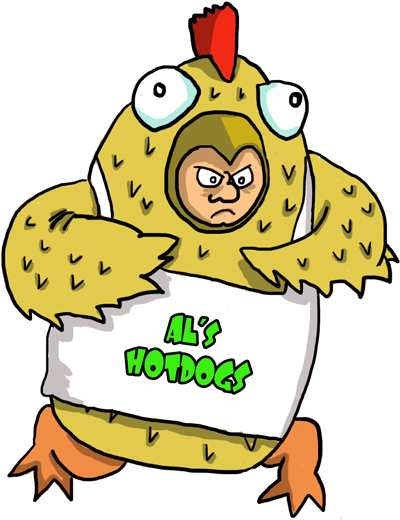 What is your wish for gamebooks?
I hope they’ll keep on growing in numbers and I also hope the line between the graphic adventure and the gamebook will become narrower in time. That's the path we, at 2Snakes, want to follow with our gamebooks.

You can find the 2snakes page here.

Give the Indiegogo page a look!