April A to Z - S is for Saylor, Ashton

We have Ashton Saylor with us today, three time highly commended gamebook writer of the Windhammer competition.  Ashton is writing several gamebooks at the moment, which are going to hitting the market, so keep an eye out for them!

What are your current projects?

Whew! Big question :) Since getting a little bit of recognition from my modest successes in the Windhammer competition, I've taken on several "real" projects. The challenge now is making sure to keep anything else off my plate until I've finished those!

Dwarf King: Or possibly "Dwarf Kingdom" is an android game being developed by Micabyte system, based on my 2011 gamebook, "Peledgathol: The Last Fortress." It's a hobby project for each of us, so it's moving along slowly, but we're plugging away at it, and I think it's got the potential to be pretty amazing once it comes out. I never intended the original story to be anything larger than it was, so I put a lot of time into fleshing out the world, the history and the mythology. With Michael's excellent systems, I think we'll have a pretty solid game once we get it done.

The Good, the Bad and the Undead: This is an interactive novel that came about due to a fantastic opportunity to work with the Fabled Lands folks, Dave and Jamie. It was based on an idea of Jamie's that he never got around to writing. I volunteered to take it on, and we've been collaborating since last summer. Progress on all my projects has slowed since I got into grad school, but I'm about a third of the way through it and hoping to finish within a few more months. We'll likely do a Kickstarter soon to fund the publication. For me, this is an opportunity to explore some of my ideas about how a gamebook could be done differently. There's no combat, no inventory, almost no "rules" at all. And it's very character driven, despite being a western, horror adventure. It's something of an experiment, so we'll see how well it's received. 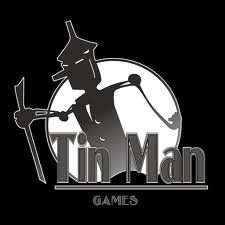 Shadow over Rema: This is my baby, my grand fantasy-adventure interactive epic. Set to be published by Tin Man Games in their southern continent of Rema, SoR represents a move toward the grand and epic in their fantasy series, with world-shaping plotlines. I anticipate taking another year or two to write this, but I'm really looking forward to it when it comes out. It's not experimental the way that Undead is; it's a traditional gamebook. But in many ways, it represents the gamebook of my own dreams.

What has writing gamebooks taught you about writing/game design?

I've learned a lot since getting involved with gamebooks, jeez... has it really been five years ago now? I've done a lot of posts about the theory of good gamebook design on my blog at www.ashtonsaylor.com. (Many of which you can see by clicking the "Gamebook Theory" link at the top!) One of those articles, http://www.ashtonsaylor.com/2012/02/what-makes-good-gamebook-part-two-game.html, discusses types of choices and common pitfalls, and I wish every gamebook writer would read it before picking up their pen.

I'm also taking this opportunity to study writing theory more deeply. I'm working my way through a tome called "Story," by Robert McKee, who is a renowned writing teacher in Hollywood. There's great material in there about pacing and structure of stories, characters, plots and scenes. For instance, he shone light for me on the insight that dialogue should never be too "on the nose." Instead, dialogue should be subtle. Characters rarely say exactly what they mean. Instead, they do or say things that move them in a direction, often without even knowing themselves what they really mean. Repo! The Genetic Opera is a great example of doing this poorly. Again and again, the character's lines are so one-dimentional it's painful. On the other hand, Chinatown is an example of a movie where this is done well. After confronting the girl and deciding he trusts her and wants to help her, the hero doesn't say, "I believe you and now I'd like to help you." He says, "We've got to get you out of town." This represents a shift in his attitude toward her, but the audience doesn't need it spelled out. It's a powerful line because of how much it communicates without being explicit.

What makes a gamebook stand out in a good way for you? Also, what really spoils a gamebook for you?

Those were originally two questions, but I'm combining them into one, because they have the same answer: the structure of narrative choices.

I mean, there's a lot else that goes into a gamebook: character, setting, plot, etc. But what makes gamebooks unique, or any interactive fiction, is the element of interactivity. The fact that you make choices which affect the outcome of the story is the defining element of a gamebook, and it needs to be done well for the genre to be successful.

There are two keys to designing meaningful choices. First, the reader should have enough information to make a thoughtful decision, yet not so much information that one choice is clearly superior. Second, the choice must have consequences. One of the best examples of this I've ever seen was a choice in Andy Moonowl's "Tipping Point," in which you may choose to rob the king's treasury. Pulling it off is easy--there's zero probability of failure. However, from then on you get branded as a thief and people across the land, throughout the rest of the gamebook, react to you differently. Consequences.

What would you say to someone who wants to write a gamebook for the first time?

Go for it! Don't fret about "doing it right" or "winning," just come up with your idea and make a run for it.

Writing is hard work. It takes time and dedicated focus over long periods of time. Beg your family's indulgence early, and remind them occassionally why they're supporting you in this. Schedule time regularly and stick to it. And read. A lot. Read all the gamebooks that come out, read reviews of gamebooks, write reviews. And don't be afraid to make mistakes! Your first few gamebooks, no matter how well-researched or well-intentioned, will likely be riddled with holes. Learn from them, get up, and try again.

For what it's worth, I've also got an article on how to write a gamebook, for newcomers. Feel free to check it out! It's less with the pep talk and writing advice, and more with a step by step breakdown of exactly how to do it: http://www.ashtonsaylor.com/2012/04/h-how-to-write-gamebook.html

Is there anywhere you go for gamebook writing help?

I like to read Dave Morris' blog on the Fabled Lands site: http://fabledlands.blogspot.com/. I like to read your own blog, here, and Andrew Drage's blog. I like to read reviews when I can find them. And to my own brain. I find a lot of times you can find the solution yourself if you search for it. Of course, that doesn't mean you should re-invent the wheel!

What would you say to someone who wants to win a Windhammer prize?

What is the future of gamebooks?

There's been a certain debate in the community lately about what the future of gamebooks is, and whether they have a future. Personally, I feel that they're here to stay. In today's world of slick, digital technology, interactivity in stories is available in a way it's never been before. You can see this in the massive promulgation of the video game industry. What many game production houses don't seem to realize (although many commentators like, Penny Arcade's "Extra Credits" do) is that story, and in particular, meaningful choice, is increasingly important in the success of the greatest video games. You don't need fancy graphics or a triple A production house to give players/readers an experience of meaningful choice. And hey, it's always possible that purely-text gamebooks that distinguish themselves could be adopted by video game creators and expanded, much the way that successful novels might be adopted by production houses and made into movies. Just look at Dwarf King!

If you had one wish for gamebooks, what would it be?

I want to see gamebooks, like video games, tackling deeper storylines and more powerful characters. I ascribe to the theory that any reading of a gamebook should be capable of reading like a good novel, if each of the entries were stitched together into a single, cohesive narrative. It'll just be a different novel, depending on the choices you've made.

I think one of the biggest challenges is just committing the time. It's not something you can accomplish in a single session, or even in a two-week flurry of activity. It requires consistent, dedicated hours, over many months or even years, to produce a good product. Pick up a good book on time management and productivity, but the advice will likely amount to: schedule time every day and stick to it.

Bringing a world to life. I really love the creative process, and I love feeling an imaginary reality blossom in my mind into something true. Being able to dream up and craft these places, and then invite others there, is one of the greatest joys I know.

You can find Ashton's blog here.