April A to Z - M is for Micabyte 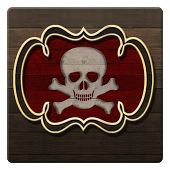 Hello lovely gamebook fans and people who don't know that they are gamebook fans.  We have a game developer today who is branching out into gamebook apps.  His name is Michael Akinde, of Micabyte Games, the man who brought us some great games such as Pirates and Traders and A Brief History of Rome.

There are several versions of Pirates and Traders, so you can have a look at Micabyte's Google Play page here.

Here is the interview with Michael...

Tell us about yourself.
I am Michael Akinde, game developer hobbyist. I'm based in Norway and work full-time with database and general IT architecture, so I'm kept busy in my day job. At night I don my cape and mask to code on games for Android. This has resulted in a couple of simple games over the years, the most popular of which is undoubtedly "Pirates and Traders", a blend of text adventure and a trading/piracy strategy game. 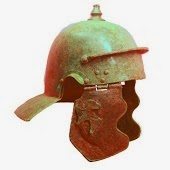 What is your favourite gamebook?
Difficult question. Those from my childhood have the benefit of nostalgia, obviously, so probably one of those. I've not had much luck tracing down the books I read back then, though; not much to go on when all you can recall are a few fragments from a story translated to Danish. Of more modern stuff, I really enjoyed Choice of Broadsides, but then again I am a huge C. S. Forester fan.

When did you decide to include gamebook style elements in your games?
I don't come at games from the gamebook side of the community; my background is firmly in the board and computer games world. In terms of computer games, I've always been fascinated by what I refer to as character-driven games. Computer role-playing games are the obvious example of such kind of games, of course, but I'm particularly fascinated by the use of character in other kinds of games. The much-acclaimed King of Dragon Pass  as well as the Crusader Kings 2 are classic examples of character-driven, non-RPG games. These games allow the player to construct their own narrative framework around the game - something that would be impossible (or very limited) without the character-driven framework.

Text and multi-choice are just a particularly effective way to facilitate such narrative frameworks. Text gives the player's imagination license to run wild in a way that is difficult to achieve in a game where everything is visualized with high-definition graphics. It's also immensely cheaper to create than graphics, which is useful when you're creating games on next to no budget.

Tell us about Dwarf King - your latest project.
Dwarf King is a strategy game adaption of Ashton Saylor's "Peledgathol - The Last Fortress" (Windhammer Merit Award 2011). It takes the core of the story from the gamebook and expands upon the strategy game ideas that Ashton wove into the narrative. In Dwarf King, a core part of the gameplay will be managing your fortress; you have a limited number of warriors and workers, and need to allocate your resources and set your priorities. Ashton has expanded on the mythology and world of the original game book, and a big part of the game will occur on an "overworld" map where in-game events will appear as you explore the game world and time progresses in the game. These game events will require you, as the Dwarf leader, to take decisions - similar to the chain of the events that exist in the original game book.

The difference, beyond "Dwarf King" containing a lot more events, is that you as the player control the story. The order in which you deal with issues such as an ogre village, wolf lair, or refugee camp are entirely up to you; in fact, you may never even realize that there was ever a problem there, if your scouts fail to uncover the problem. No two playthroughs of Dwarf King will ever be the same.

Dwarf King is built on the MicaByte Story Engine, which is my light-weight text-based RPG game engine. It's essentially a gamebook engine, but with the base rules being those of a role-playing game - characters are defined with skills, traits, and items (with any of your traits and items potentially affecting your skill rolls). What sets this apart from other gamebook engines is that every person (and monster) in the story are essentially defined as a character, with their own traits, background, and personality. This gives the writer a lot of possibilities to react to the player in different ways, depending on the specific situation in that particular game. It also makes it possible to add replay-ability to the story easily; an enemy who is blood-thirsty in one playthrough, might be greedy in another, making it necessary to take different approaches to defeating him from game to game.

And then I haven't even gone into the combat engine, which will let the player's fight out battles in the game in a small tactical game. 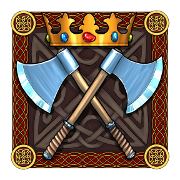 What advice would you offer to someone who is writing a game scenario that will be turned into an app?
It really depends on what kind of game engine that you are writing for, but personally I think the key to making interesting game-books in the digital format is to focus less on the book, and more on the game. If I wanted to read a book, I'll pick one up from my bookshelf - what I find interesting about the app form is when it allows me to do things that would either be impossible - or cumbersome - to deal with in a book.

The other thing that I think is worth thinking about is that an app is not a book, no matter how much the graphics may pretend otherwise. You can't browse the story in the same way, you don't have the same freedom to fudge die-rolls or go back and forth if you don't like the result of a decision. Deterministic results and automatic failure just aren't as fun in the constraints of the digital format as they can be in a book.

What spoils a gamebook for you?
Digital or physical? For digital, any gamebook that forces me to replay large sections of the book before throwing the player into a fight (or series of fights) where you have a high chance of dying. That's a good way to make me put the app down and never play it ever again. For physical, it is mostly about the writing; if I don't like the game system in a physical book, I can simply ignore it. What makes a gamebook stand out for you?
An interesting, believable setting. That's harder to do than it might seem.

What future projects do you have that you can talk about?
Well, Pirates and Traders 2 should come out sometime this year. It will contain much of the same material and gameplay as the original, but using the new Story Engine, which will allow me to expand on the game universe in ways that were no longer possible in the old game engine.

Thanks Michael!  Why don't you get to know him more by looking at his web page.  You can also find Ashton's blog here.

You can get several versions of Pirates and Traders from the Google Play page.