April A to Z - W is also for Michael J. Ward 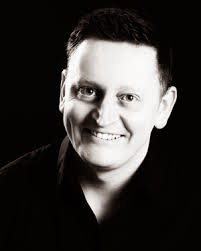 Good day to you all!  Today we have Michael J. Ward, whose third book in the Destiny Quest series, Eye of Winter's Fury came out of the 17th April (so if you haven't already bought it, read the review and then buy it.  Or just buy it).

Today, we have an interview with him where he talks about his writing.  Enjoy!

I’m a former magazine editor, now a freelance writer, specialising in producing tailored resources for the classroom. When I get the chance, I also write books. 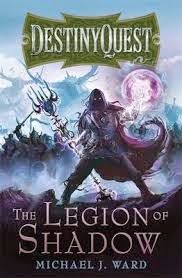 The Heart of Fire left a sequel hook in the ending.  The Eye of Winter's Fury may do that too.  Is the series building up to something huge?  If so, how many books will the saga last?

Yes, The Eye of Winter’s Fury provides a similar cliff-hanger ending. I think it is good to tease readers with hints of what the next book might bring – keeps things exciting and the reader guessing. I suppose the books are building up to something pretty spectacular; I kind of see each book in itself being a stand-alone adventure with plenty of epic battles and a satisfying conclusion – but yes, when taken together they provide different snapshots of a much greater conflict.

I have plans for three more books. At the moment, I don’t honestly know if they will ever see the light of day. At the very least, I hope my publisher allows me to write DQ4 as it will tie-up some of the loose threads and character arcs from The Legion of Shadow and The Heart of Fire.

All three of your current gamebooks contain both epic stories and a very involved game system.  Did you know from the beginning that everything was going to be epic?

I suppose I wanted each book to feel like its own instalment of a ‘computer role-playing game’, like Dragon Age or Elder Scrolls. When you’re dealing with heroic fantasy, you really have to ramp everything up to 10. While I like to have the quieter character moments, explore some of the offbeat game world, the main focus ultimately needs to be the big battles and world-changing events. I don’t think all fantasy gamebooks should follow that model, but it works for DestinyQuest because the concept is based around combat – and I want the reader to feel like they are having an impact on the world. 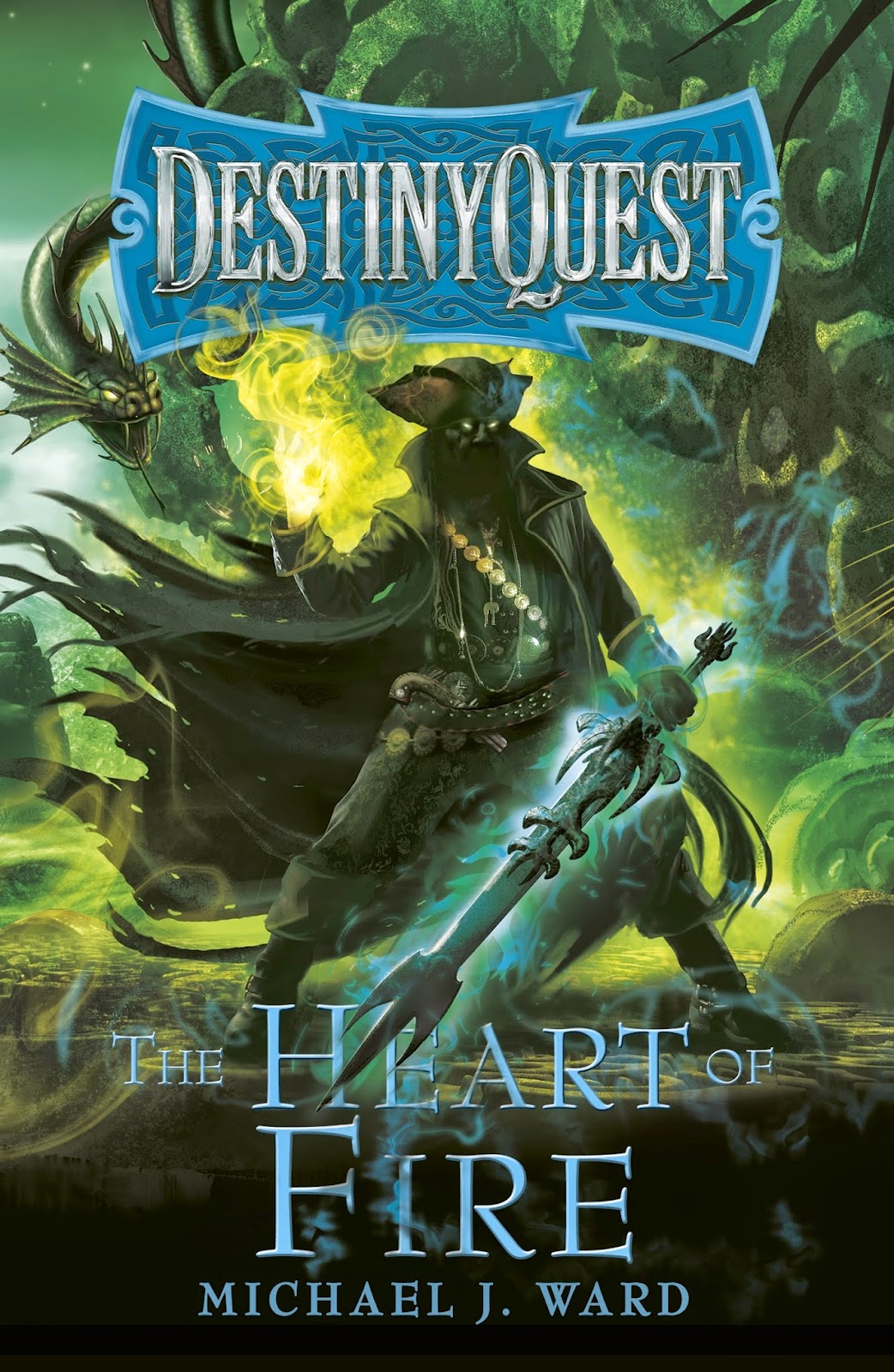 Was The Legion of shadow the first book you wrote?  Do you have other gamebooks elsewhere?

The Legion of Shadow was the first gamebook I ever wrote – but no, I have been writing since as long as I can remember. I have a handful of unpublished novels and screenplays, some written for adults and others for children. Looking back, I can see how each one helped me to become a better writer. The best thing you can do is to keep writing – some projects will be successful, others won’t, but you’re always learning something.

Did you start with the stories, the world building or the system when writing Destiny Quest?

I started with the game system because, as you know, I was keen to see if I could come up with a way of creating a Diablo/World of Warcraft style adventure in a print format. As I was developing the system, I started to think about story – and from that, I began to plan out the world. By the end, I guess all three are working hand in hand with each other.

How has Destiny Quest evolved since you started it?  Where do you see it going?

When I wrote The Legion of Shadow, I wasn’t necessarily intending to write a ‘traditional’ gamebook with lots of options and pathways. I was more concerned with creating something that felt more like an action-orientated computer game, such as Diablo. The combat and the strategy were more important to me. However, I didn’t take into account the expectations people would have coming to LoS as ‘gamebookers’. They wanted choices and lots of them – and when the book didn’t quite deliver on that, I got heavy criticism from some quarters. So, with The Heart of Fire and The Eye of Winter’s Fury, I put decision-making at the top of my list. I still think I could push that further – but these are big books, and you can’t keep throwing choice after choice into every quest, otherwise you end up with branching pathways going off in all kinds of crazy directions. 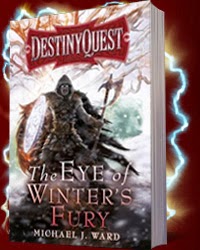 In The Eye of Winter’s Fury I hope I have provided a more fulfilling experience in terms of player choice. There are significant consequences for some of the decisions that you make – and there are also open-world areas (such as Ryker’s Island), where you have more freedom to explore and revisit locations, often multiple times in order to complete different objectives. It feels a bit more sandbox at times.

I suppose the thing that concerns me the most is combat. Obviously, that is the core of the game, but I think dice rolling and stat-keeping can kill the book for a lot of people, who simply just don’t have time to do the combats. That is a real shame, but I acknowledge the problem. If I was ever to plan a new gamebook (in print) I would probably remove combat entirely, and focus purely on the character and the story, and offering compelling choices.

There are two things that are sure to have any gamebook hurtling into my bin. The first is a proliferation of ‘dead ends’ and ‘instant deaths’. You know the type – you take the wrong turn or open the wrong door, and ‘boom!’ you are dead. It is incredibly lazy writing on the author’s part and there is absolutely no need for it. I recently wrote a blog post on my website about this. DestinyQuest has no ‘fatal ends’ – but the new book does provide added challenge with the new death penalty system.

My second annoyance with gamebooks is sort of linked to the above. It frustrates me when an adventure requires you to collect a supermarket’s worth of items, most of which will be completely useless… however the one item you didn’t pick up turns out to be the one you need to complete a quest or kill the bad guy. On occasion, item-hunting can work – but it is much better for the items not to have such pivotal roles in the narrative. All too often however, you find item-hunting becoming a sort of layer of difficulty that can force you to replay an adventure again and again to find the ‘perfect path’. You have to be a very confident author to believe that your reader will have the patience to re-read your book multiple times!

Good writing. It doesn’t matter how clever or robust your game system is, you need to be able to tell a good story. Even though it is a gamebook and will provide multiple pathways, a good story needs a beginning, a middle and an end – and needs to asks questions, taking the main character on a journey of self-discovery. Think of your gamebook as a movie. There needs to be an over-arching plan to the narrative and that needs to be told well. I know there are exceptions to this rule (such as gamebooks that aim for more of a sandbox approach), but I always tend to find it is the ones with a compelling story that leave a more memorable impression. Dave Morris’s The Heart of Ice is a great example of a gamebook where the story and characters are expertly crafted.

What’s the hardest thing about writing a gamebook?

I’m not sure, as I actually enjoy all of it! I suppose for DestinyQuest it is the balancing of the combats and the itemisation. That takes the most time – and can be very frustrating when you think that you have cracked it, then suddenly you create a build that breaks it again. It is a fine line between creating something challenging and a game that is too easy. With The Eye of Winter’s Fury this was particularly difficult as I only had two Acts (instead of the usual three), which created a lot of problems in ensuring heroes were gearing up fast enough.

What’s the most exciting thing about writing a gamebook?

I love writing characters – both the main character who you play, and the people that they meet. It is those interactions where I feel the stories really come alive. There is also something really nice about having a cast of characters that have become established in reader’s minds, so that you can reintroduce them, play with the reader’s expectations, explore their background and motivations more deeply. That is really fun for a writer.

What advice would you give to someone who thinks that they want to write their own gamebook?

Join up with a good app studio and write for them, as I think the market for print-based gamebooks is shrinking daily. The future of gamebooks is really on the tablet and computer. In some ways, I think the future is already here – if you look at what Telltale Games are producing (The Walking Dead, The Wolf Among Us), that is pretty much the pinnacle of interactive fiction right there. So if you want to be writing in this genre, I’d say play those games – study them and learn from them. They are stunning and show what can be achieved.

What plans do you have for the future?

I would really love to write a fourth DestinyQuest book. Whether I get that chance is still up in the air right now. I know it will never get me into the bestseller lists or make me an overnight success, but I feel I owe it to the fans who have stuck by the books.

If that doesn’t happen, then I have some novel ideas that I want to pursue. One is fantasy, and the others are more mainstream. I’m not decided on which one I want to focus on, but once I know what the situation is with the future of DestinyQuest, I can start to channel my energies into the next project.

To be taken more seriously by genre publishers and the mainstream. There is enormous potential with interactive fiction to not only create great entertainment titles for all ages, but also to produce educational tools, training materials, collaborative projects, you name it. I think we’re still taking our first baby steps… there is a long journey ahead, but an exciting one!