April A to Z - W is for Walters, David and Way of the Tiger 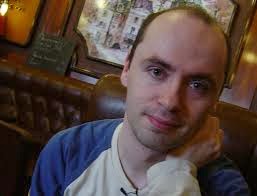 Hello gorgeous gamebook reader!  As you may know, the legendary Way of the Tiger series recently had loads and loads of funding on Kickstarter to be reprinted with all new art by Megara Entertainment.  And if that wasn't exciting enough, wonderful friend of Lloyd of Gamebooks and awesome author, David Walters was commissioned to write a prequel, Ninja! and also, along with the original authors, write book 7,
Redeemer!, which will finally see our hero escape from that web.

How does it feel to be part of the Way of the Tiger series?
It feels strange, because I read and loved those books so much in the 80s and 90s, and I’ve now written for that very series. It is great to work with the original authors and hear their stories behind the stories, and also to work with the Megara Entertainment team who are all passionate fans of the series.
On writing the prequel Ninja! I was very conscious of doing something that would add to the strength of the series and fit with the whole. I’m very pleased to hear that the Way of the Tiger fans seem to be enjoying it!

Book 7 is a very different proposition, it has turned into something far more character driven than I expected – there are many characters and their arcs to explore – and of course Avenger’s rich mythology based on more than half a dozen books. Although it works as a standalone book, I’d advise hardcore fans to play through the series again before book 7, some of your choices pay off in this book.

Where do you draw your inspiration for your books? 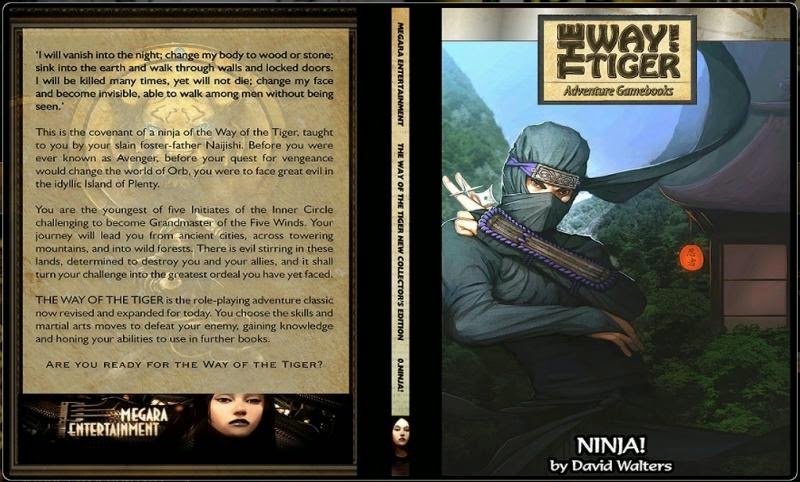 Stories just appear in my head, and I write what I see there. I may draw influences from books, films and other sources to embellish the original idea, but in the end I’m still just writing what I see. Or put another way, if I cannot see it clearly in mind’s eye, I cannot write it.
If you’ve rich source material like the world of Orb or the history of the samurai, then it is easy to generate ideas. 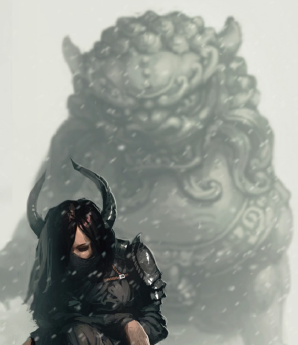 What advice would you offer to someone who is thinking about writing a gamebook?
Try a small scale gamebook first (such as for the Windhammer competition) to get a feel for it. Windhammer
is great as you will get feedback from those who read your work before you make any commercial step (that’s what I did).

Oh, and read blogs like those of Lloyd of Gamebooks, they are full of excellent advice on what to do (and not to do) when writing gamebooks. For example before I wrote Ninja! I reread Stuart Lloyd’s reviews of book 1 and 2 in the series, to see what already worked well and what didn’t.

What is the most exciting thing about writing a gamebook?
This was my first gamebook, so that was pretty exciting (and challenging) in itself and my editor Richard Hetley helped a lot in the latter stages. The main thing I found exciting about writing the book was being able to tell more than one story, so that no matter the route or options chosen the reader would hopefully be weaving an interesting and memorable tale. This was particularly important for a dramatic series like Way of the Tiger that continues that story arc across more than half a dozen books.
For a novel you usually focus on framing a story around one main narrative, whereas for a gamebook you can explore all the possible permutations, showing the best and worst possible outcomes for the main character.
It was also very exciting as well to tie in my writing with new artwork. Working with Megara Entertainment I got to see my writing complemented by wonderful colour art that made full page entries in the Way of the Tiger collector’s edition.

What is the hardest thing about writing a gamebook?
For me, it was hard to get enthused about the mechanics i.e. the gameplay rules. I’m a novelist by trade, so my interest is in characters and story, not the cold application of rules. Fortunately the Way of the Tiger rules were already in place, and present interesting story and gameplay choices, so that made it much easier.
I found it distracting calculating probability and other similar mechanics, and in the end got a little help with that and also put an emphasis on play testing rather than cold calculation.

What spoils a gamebook for you?
It is easy to spoil one. You can make it too hard, or too frustrating to read. You can spoil it by your writing style or by having a weak or derivative story. Fundamentally the book is spoiled by anything that robs the enjoyment of reading it so it has to be absorbing and fun. 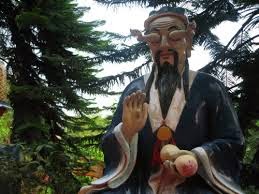 What makes a gamebook stand out for you?
I prefer a strong central storyline in a detailed setting, which is why the Way of the Tiger series really stood out for me. I also like choices to be genuinely interesting and informed.
I also prefer interesting, three dimensional characters and unusual monsters: do you want to roll dice against just another orc, or do you want each fight to feel special in some way special?
The artwork is also worth a mention – gamebooks often have incredible art and that doesn’t get the merit it deserves. I’d love to see gamebook art become as cherished as comic book images have. 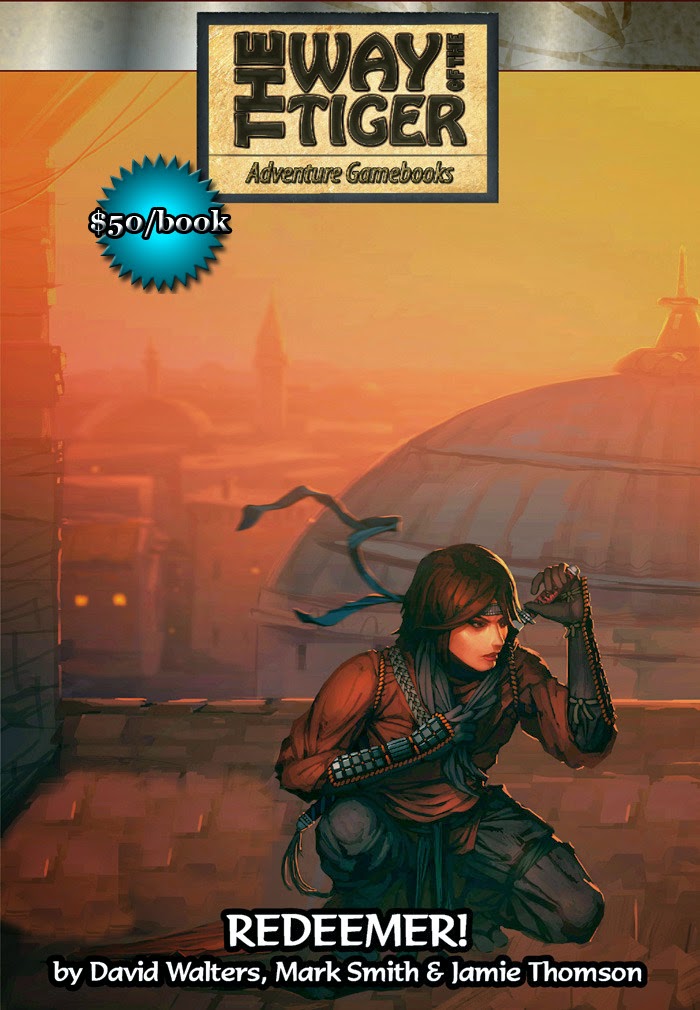 What gamebook projects have you got lined up?
I’m co-writing book 7 of the Way of the Tiger series with Mark Smith and Jamie Thomson, which is exciting. Fans of the series have waited twenty years to see how Avenger resolves that cliff-hanger ending in book 6.
After that, I’m open to suggestion.

I’ve had several offers of late, one involving converting my Samurai’s Apprentice novels into gamebooks, another to turn the background for my fantasy novel City of Masks into a role playing game and I also have the possibility of writing for a computer game. We’ll see how things unravel, it is nice to have options!
I’m also open to suggestions if someone has an interesting project they need help with.

What non-gamebook projects have you got lined up?

I’m writing Samurai’s Apprentice 5 at the moment with my editor and good friend Simon Wheeler. That was delayed for various reasons over the winter, but it is picking up a good pace now. I would imagine it should be released within the next 6 months. I’m still committed to expanding my novel set – I’ve written more than half a dozen over the last few years.

I’ve also got a print run of the original Samurai’s Apprentice getting ready to go.
Last year I released two books (a gamebook and a novel), and I am on course to match that this year.

What is your wish for gamebooks?
Purely as a fan my wish is to see many more Way of the Tiger books, but that depends on the response
about the newly expanded series.

I’m looking forward to more apps too, such as the next Sorcery app from Inkle as well as some of the releases from Tin Man Games (including Way of the Tiger as an app, incidentally).


I suppose I simply wish that gamebooks enjoy an even greater resurgence, and that a new audience gets as much pleasure from them as I have.

Take a look at David's awesome books (I particularly liked City of Masks).

You can buy Ninja!  and Avenger! from Megara's page here.
Posted by Stuart Lloyd at 12:00 AM