April A to Z - T is for Tony Hough, illustrator 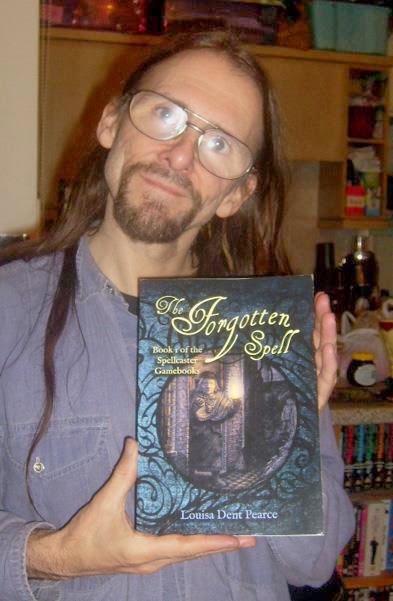 Today, we have Tony Hough, fantastic illustrator for Warhammer and many gamebooks.  Tony has been doing a lot of illustrations for Tin Man Games recently and I have been working with him on Awakening of Asuria, and you can see some of his art for that book here.  He has also been creating some amazingly detailed art for the Forgotten Spell gamebooks (you can find some art for the books, and other art on Tony's Facebook page).

Tell us about yourself.
I'm from Luton and I'm part gannet, part nerd. Been illustrating since 1987 which makes me sort of old but I'm still not famous, so I should have tried to be an astronaut of rock star, as I first thought....but  you can't go back, can you? 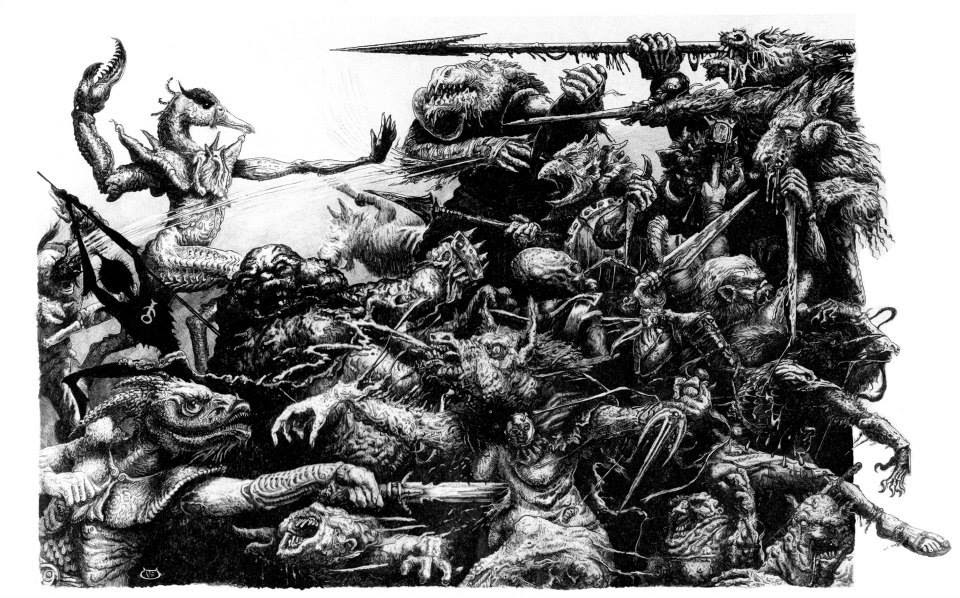 How did you get into illustrating gamebooks?
I bombarded Puffin with samples for years until someone gave in.


What is your favourite gamebook illustration?
Anything by Ian Miller, Iain McCaig and Martin McKenna is pretty darn good too.

What inspiration do you draw on when illustrating?
50 years of influences from art, TV, Films, Comics books and music, the natural world and a lot of stuff I make up.

What instruments do you use for your illustrations?
The old ones were all Rotring pen on paper. The new ones are digital, done using Photoshop CS2 and a Wacom Graphire tablet, usually starting from a pencil drawing on A4 paper. I'd use more traditional materials and even sculpt if I had the space but I don't!! 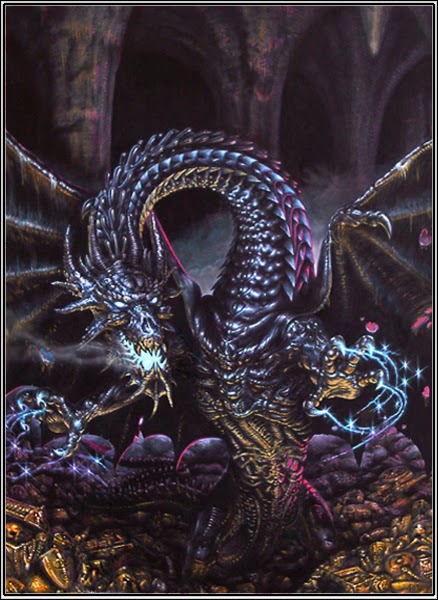 Were the Forgotten Spell illustrations different to anything you had previously done?
The Fighting Fantasy illustrations (well, most of them) were done in the pre-internet days when print methods were different and that affected the choice of style considerably. The style I adopted owed much to my favourite comic artists, such as John Bolton and Brian Lewis and to the Illustrators Gustave Dore, Virgil Finlay, Ed Emshwiller, Kelly Freas, Ian Miller and Patrick Woodroffe. They had to be crisp black and white with no grey tones. I took a very different approach with the Forgotten Spell because it was going to be created and delivered digitally and would involve colour. I still wanted a hand-done look so I created the illos in pencil at first, to a high degree of finish, then added colour, tone and refinements using Photoshop. The pencil drawings were still around A4 size, but the hi-res finished master copies could easily be blown up to poster size if required.Also because of format requirements (especially for the app versions), I had to drop my old FF thing of having bits of the illustration escaping the picture border. 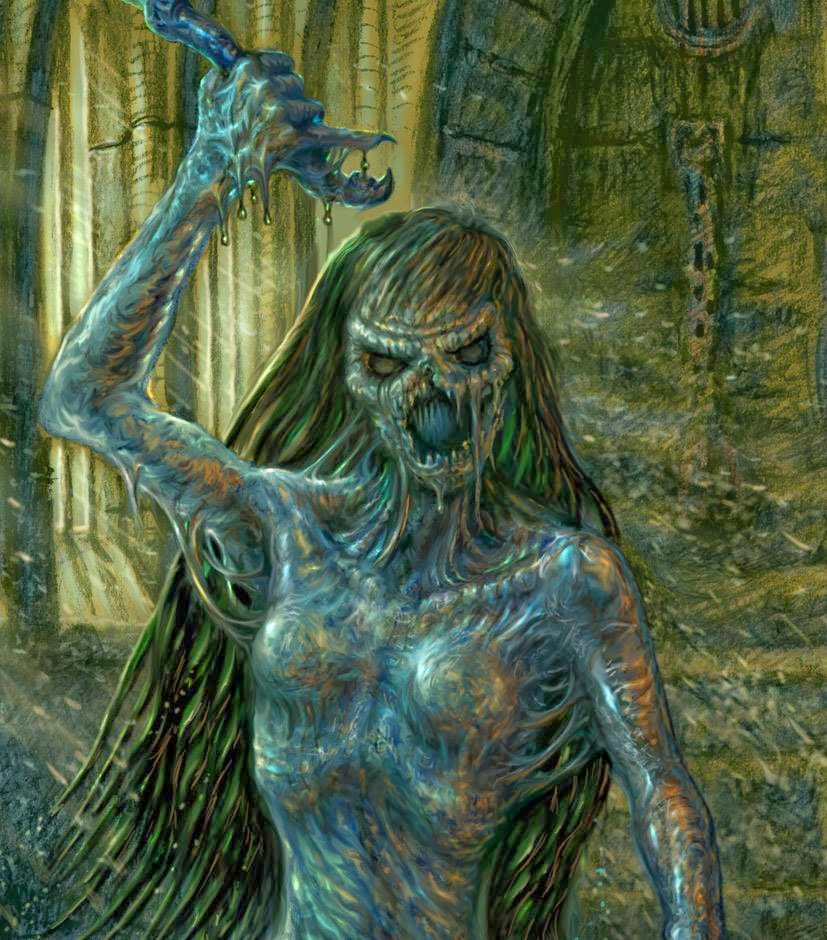 What spoils a gamebook for you?
Dunno, I even like the unpopular ones. I can't say "getting killed all the time" because that always happens.

What makes a gamebook stand out for you?
I like special rules.

Do you have any future projects in the pipeline?
There are quite a few, including the 3rd Spellcaster book and your own Gamebook of course! I should be very busy this year....

You can find Tony Hough's webpage here.  He also has a blog and a Facebook page.
Posted by Stuart Lloyd at 12:00 AM