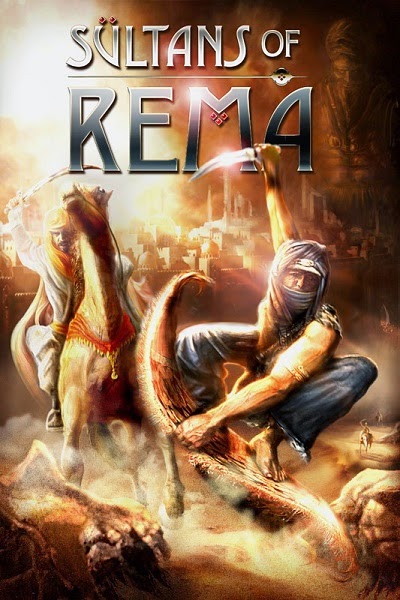 Hello all!  We have Andrew Drage (aka Brewin') today, awesome writer and editor for Tin Man Games , as well as writer of The Dark Horde and Evermore.  Andrew has had his hand in several Tin Man Games releases.  Today, we have his story, his likes and dislikes regarding gamebooks and what plans he has for the future.

How did you get into gamebooks?
You know have you have those moments in your life that you remember ever after as one of those pivotal events that defined who you were and what you were to become? Well for me one of those moments was in 1982 when I was seven. I was already an avid reader and had the dream of being a writer one day. Then in my local bookstore I saw a book that proclaimed on the back that I could be the hero. It was full of monsters and magic and all the interesting stuff that sparked my imagination. It had a big 1 inside a star on it that suggested it was part of a series, and if memory serves me correctly, it was next to another two books with a 2 and a 3 on them. That book, you may have guessed, was The Warlock of Firetop Mountain. It changed my life, catalysed a love of gamebooks and served as my “gateway drug” to role-playing games like Dungeons and Dragons.

What do you do when you're not writing gamebooks?
For a living I’m an IT developer, mainly in databases and data processes. Which these days gives me a lot of flexibility in terms of being able to work part-time and often from home… It gets hectic sometimes though and isn’t always “part-time” haha.
Aside from that I also write other forms of fiction – including books, poetry, album lyrics and games. And then there’s what I do in my “down time” which is typically split between time spent with friends, seeing live bands (typically metal bands), reading and playing games. I haven’t really changed much I think, since I was doing much the same kinda thing twenty years ago! 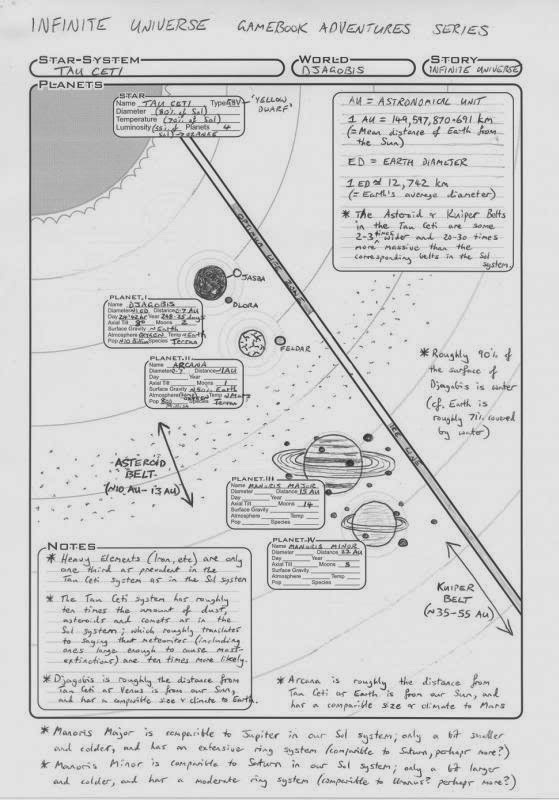 What is the most exciting thing about writing a gamebook?
For me it’s the sense that there are no limits and that I can make it whatever I want. This and the fact that what I’m creating, is something that others will experience, and would not exist had I not created it. It’s this same joy that applies to anything creative I guess…

What is the hardest thing about writing a gamebook?
I would argue that the hardest aspect (by far) of doing anything creative, is actually not any of the designing, writing, revising or testing. Nope, it’s promoting the bugger once it’s finished – talking about it, getting others to listen, and ultimately getting others to see value and pay money for it. It’s not these things that inspire me to create (it’s the creative process itself which does) and I know I have to improve a lot in doing these things if I’m going to be more successful in my pursuit of this craft… I’m in awe of (and extremely grateful for) what Neil Rennison has achieved with Tin Man Games in doing this! 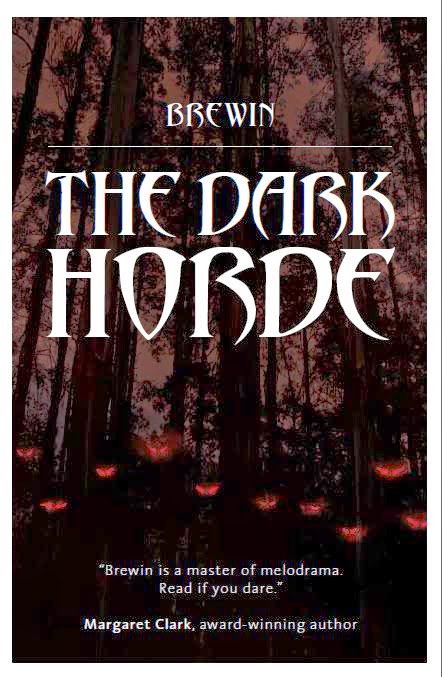 Probably the main thing is “unfairness” in the way something is designed. This sense of “unfairness” that I dislike, includes combats/rolls that are either unbalanced to the point of approaching impossibility, or balanced in such a way that they assume maximum stats. But also I dislike what I would term “cheap tricks” to make the adventure harder that you wouldn’t be able to do if you were GMing the same story to a group of players – for instance not really explaining the situation or likely outcome of a decision, railroading characters to a particular outcome, denying the player the opportunity to make logical actions such as searching all places at a given location, choosing to avoid combat, or looking for another way when presented with an apparently nigh impossible challenge.
In addition to these things, I would also add inadequate testing and editing. It spoils the experience for me to see glaring typos that should have been fixed, but it spoils the experience even more to find incorrect links etc. A lesser fault, but still one that I think detracts from the experience, is unclear rules. All of these things suggest to me a lack of revision/testing, which in turn gives me the impression that the author doesn’t sufficiently care about delivering a polished and enjoyable experience.

What makes a gamebook stand out for you?
For me it’s probably innovation and imagination first, followed by the strength of the writing and story. I certainly understand that some others would reverse that order, but it’s the ideas and innovation that gets my attention first usually. Anything which is bold and different gets my respect for simply trying to push the boundaries – something I’ll appreciate even more if the writing and story is also good. Whereas another rehashed version of the same idea with a delivery similar to previous works, however well written, tends not to stand out for me. 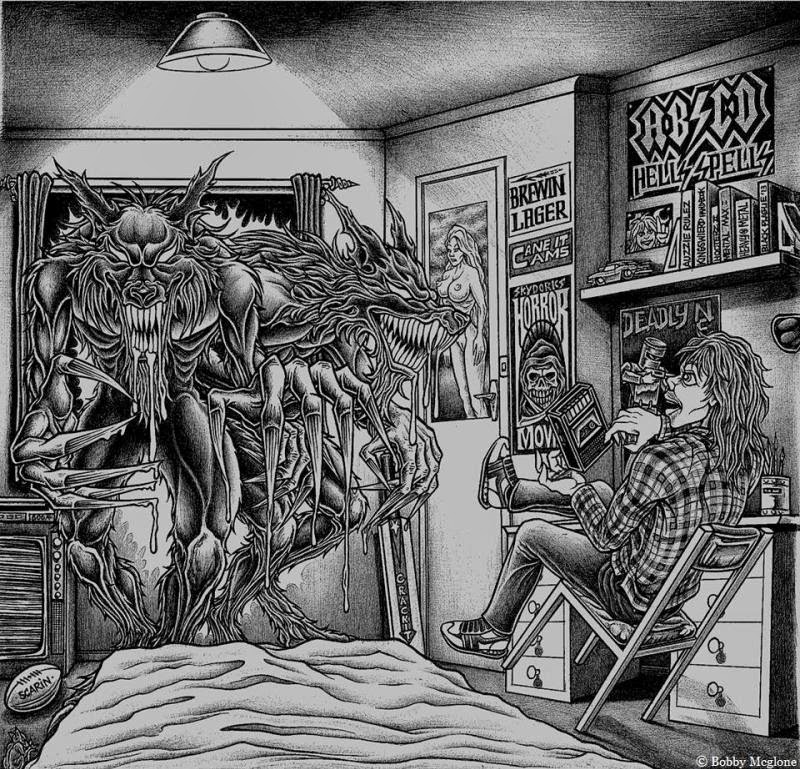 Sultans of Rema has just come out and there is a sequel to that.  Can you tease us anything about the sequel?
Hmmm I’m not really at liberty to say much on this, so I’ll just restate what’s previously been hinted about this by myself and the author in particular: There is a sequel in the works, in the sense that it is another gamebook set in the Reman continent, but unlike the previous two (Slaves of Rema and Sultans of Rema), this one is being written by the talented Ashton Saylor. Sultans of Rema contains a few references to this forthcoming work (so it’s with good reason that some things are hinted at but not explained), and by all accounts this forthcoming title looks to be quite epic in scale and word count… Beyond that I cannot say much other than that it has the working title Shadow over Rema J

What advice would you offer to someone who thinks that they want to write their own gamebook?
To me, the only real difference between an “aspiring” and “actual” author, is that the aspiring author chose to become an actual author simply by putting their work “out there” for others. Luck and ability have their influence of course, but I think that the only thing really stopping someone from writing and releasing a gamebook (or indeed any book) is themselves. Nothing will ever be perfect or immune to criticism, so just do it. The “worst gamebook ever written” is still better than the “best gamebook imagined but never written”. On a similar note, the only thing that guarantees failure is you giving up. Seeing something through to conclusion, and then the next thing, and then the next, is hard, but cannot be anything other than a “success” in my opinion. After all, you’ve created something that now exists in the world for others right? That is its own reward (and I think should be what motivates you to do it in the first place – if your motivation is money and/or notoriety, there’s other much better ways to pursue that haha).
Beyond this I would encourage others to keep in mind that nothing will ever be perfect, and that regardless of what they do, some will like it and others won’t. Trying to make something immune to criticism is an unachievable goal, so you might as well focus your energy on making it what YOU want it to be. Works created with passion, that are from the heart without trying to appease this or that market or trend, I think will always resonate stronger.

Is there anything extra that you have to think about when you are writing a gamebook for an app? 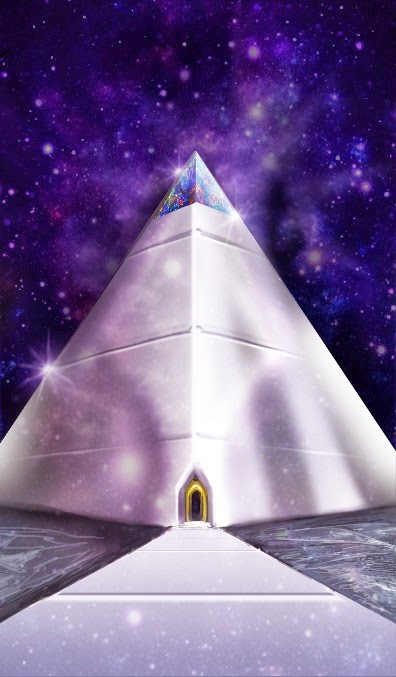 Yeah, perhaps you’d be surprised at just how much… It is difficult for me to separate “what extra things do I have to think about when working on a gamebook app” from “what extra things do I have to think about when working on a gamebook app for the Gamebook Adventures engine”, but here’s a list of just some of the things off the top of my head:
·         In physical gamebooks, the player can easily to elect to “cheat” in order to bypass a difficult section, reducing frustration and bypassing what otherwise might be an unsurmountable obstacle. This isn’t necessarily the case with an app (depending on the design) so care needs to be taken that things aren’t too frustrating/difficult if the player is unable to cheat.
·         Ensuring that the app applies the rules as stated clearly and correctly is another challenge that the writer of a paper-based gamebook doesn’t face, since in a paper-based gamebook, the onus of doing those things correctly lies with the reader.
·         Sometimes the time and resource constraints of developing an app, means that a particular idea has to be modified in order to be feasible for the app. On paper you can pretty much write anything, but making code do it in an app is another matter entirely ;)
·         Illustrations, intro animation sequences, a graphical layout and interface, music and achievements are all things that are typically part of apps – each of which requires thought into the design and execution. Then there’s things like the digital platform used and method of delivery, social networking features and additional value-adding features such as maps and encyclopaedias…

What future gamebook projects do you have that you can talk about?
Main thing on my agenda for the moment is the digital conversion of the Grailquest books (also the Demonspawn books but my contribution is pretty much complete in that regard). Beyond this there’s an online conversion of Trial of the Battle God in the works, overseeing the work on Shadow over Rema, and (eventually!) a sequel to Infinite Universe as well. I’m also hopeful to do something horror-based for this year’s Windhammer competition and then some other projects beyond that… But I think that’s enough for now J

What non-gamebook projects have you got in the pipeline?
Main one of the moment (there’s at least a couple of others but let’s talk about what’s closer to reality hey?) is The Calling. The Calling is a musical prequel to my horror novel The Dark Horde. Basically it’s a horror story set to music, told by a narrator and guest actors, with sung lyrics in places. If you imagine something like Jeff Wayne’s musical version of War of the Worlds, but with an atmospheric “heavy metal” soundtrack to underpin the horror themes, then you’ll have an idea of what’s to come… More detail on this work, including a music teaser and some of the artwork can be found on my blog at http://www.thebrewin.com/blog/entry/visions-of-madness 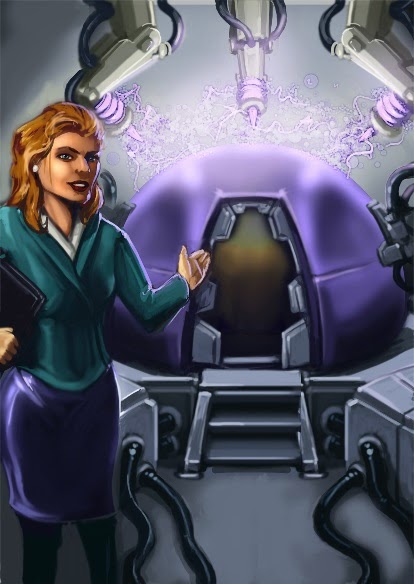 What is your wish for gamebooks?
That the current revival of gamebooks continues and achieves ever-greater penetration into the “consciousness of contemporary culture” and that gamebooks continue to evolve and innovate, creating wondrous new experiences. The potential for this genre to grow and become ever more immersive and amazing is endless really…

If you would like to know more, you can visit Andrews gorgeously designed and very informative website.
Posted by Stuart Lloyd at 12:00 AM